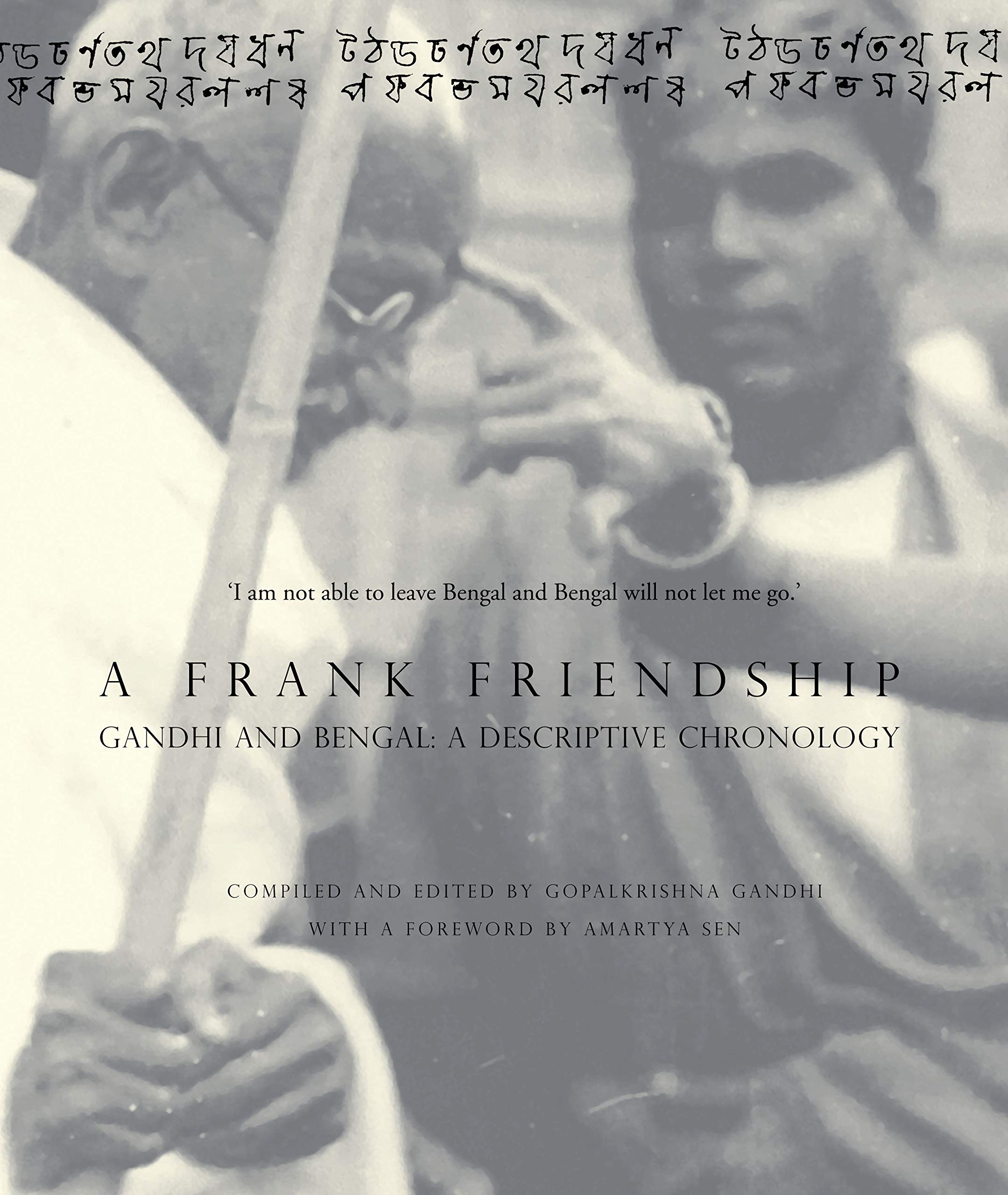 Gandhi and Bengal: A Descriptive Chronology

With a Foreword by Amartya Sen
Translated by
₹950.00

‘I am not able to leave Bengal and Bengal will not let me go.’

Mohandas Karamchand Gandhi's first visit to Bengal was on 4 July 1896 when he disembarked in Calcutta while on a visit from South Africa. Lord Elgin was Viceroy and Governor General of India. His last visit to Calcutta commenced shortly before 15 August 1947, the day India became free.

Through this meticulous compilation of newspaper reports, letters, excerpts from contemporary accounts and Gandhi's own writings, and the extensive annotations that bring to light many known and unknown characters and events of the time, as well as accounts of Gandhi's interactions with the 'greats' of Bengal such as Rabindranath Tagore, Acharya Prafulla Chandra Ray, Deshbandhu Chittaranjan Das and the impactful Bose brothers reveal their extraordinary personalities, we see a man continually evolving as a politician and a strategist in the struggle against colonialism, an organizer of mass-struggles and of individual initiatives, mainly his own.

Running through the text, as it does through Gandhi's thoughts, prayers, decisions and extensive travels, is the pulse of the people of Bengal, a people whose manifold talents and perspectives set them at the heart of renascent India.

This volume is sure to enable a better understanding of the Mahatma whose life was sited on an almost oxymoronic overlap of the empiricial and the deeply spiritual.

‘In this thoroughly absorbing book, Gopal Gandhi has put together a splendid collection of historical material and critical analyses of this complex relationship, seen not from the perspective of Bengal but from that of Gandhiji.’—Amartya Sen, writing in the Foreword to the Book

‘Tomorrow we will be free from bondage to the British, but from midnight tonight Hindustan will be broken into two pieces. So tomorrow will be both a day of rejoicing and of mourning.’—Gandhi, Calcutta, 14 August 1947