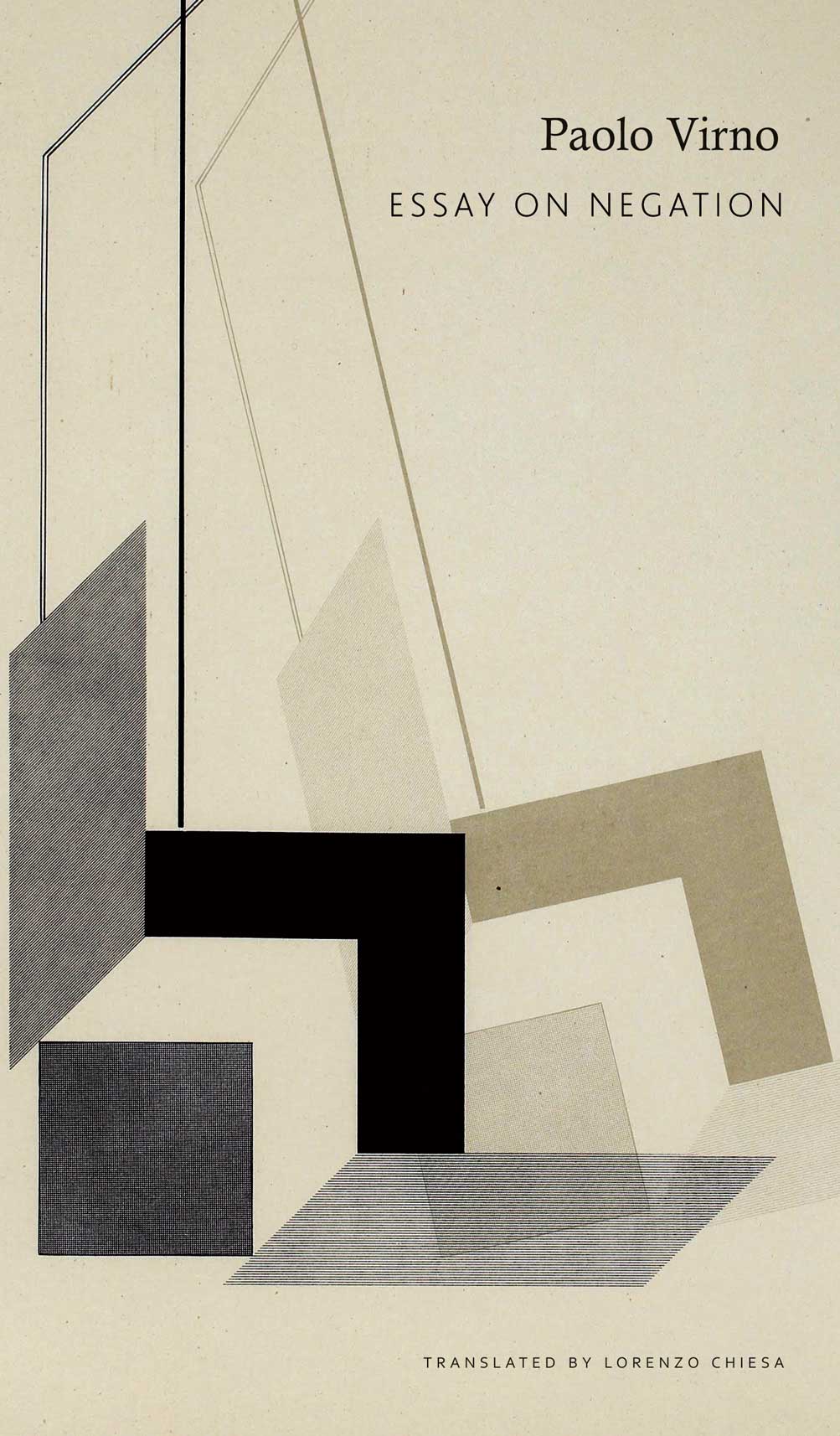 For a Linguistic Anthropology
Translated by Lorenzo Chiesa
₹599.00 $27.50
As speaking animals, we continuously make use of an unassuming grammatical particle, without suspecting that what is at work in its inconspicuousness is a powerful apparatus, which orchestrates language, signification, and the world at large. What particle might this be? The word not.

In Essay on Negation, Paolo Virno argues that the importance of the not is perhaps comparable only to that of money—that is, the universality of exchange. Negation is what separates verbal thought from silent cognitive operations, such as feelings and mental images. Speaking about what is not happening here and now, or about properties that are not referable to a given object, the human animal deactivates its original neuronal empathy, which is prelinguistic; it distances itself from the prescriptions of its own instinctual endowment and accesses a higher sociality, negotiated and unstable, which establishes the public sphere. In fact, the speaking animal soon learns that the negative statement does not amount to the linguistic double of unpleasant realities or destructive emotions: while it rejects them, negation also names them and thus includes them in social life. Virno sees negation as a crucial effect of civilization, one that is, however, also always exposed to further regressions. Taking his cue from a humble word, the author is capable of unfolding the unexpected phenomenology of the negating consciousness.
ISBN: 9780857424389
Publication Year: May 2018
Format: Hardback
Rights: UCP
Pages: 232
Size: 5" x 8.5"
Shipping: Shipping rates will be calculated at checkout and will depend on your location.