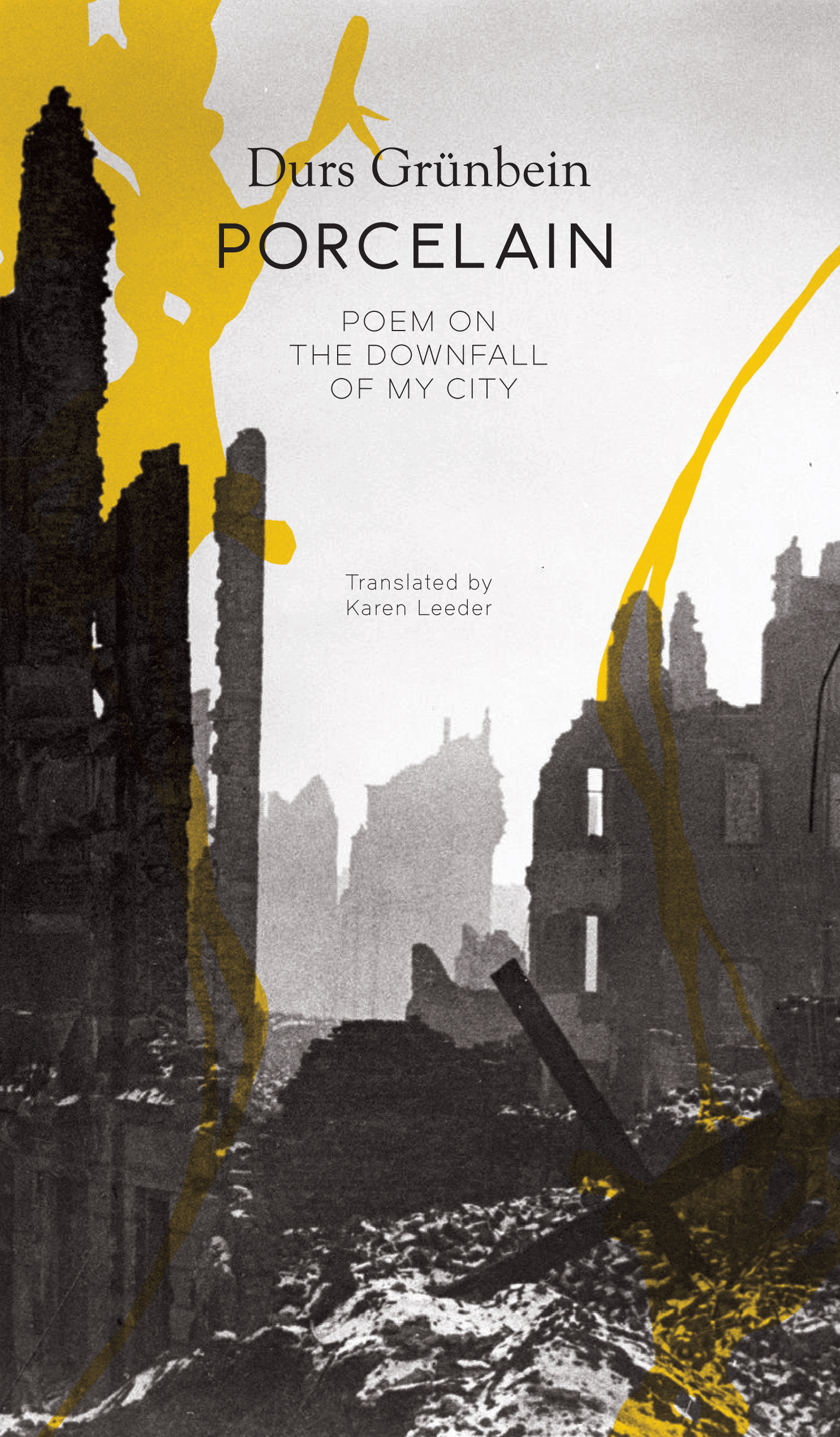 Winner of the Schlegel-Tieck Prize 2021

Porcelain is a book-length cycle of forty-nine poems written over the course of more than a decade that together serve as a lament for Durs Grünbein’s hometown, Dresden, which was destroyed in the Allied firebombing of February 1945. The book is at once a history and ‘declaration of love’ to the famed ‘Florence on the Elbe’, so catastrophically razed by British bombs; a musical fusion of eyewitness accounts, family memories, and stories, of monuments and relics; the story of the city’s destiny as seen through a prism of biographical enigmas, its intimate relation to the ‘white gold’ porcelain that made its fortune and reflections on the power and limits of poetry. Musical, fractured, ironic, and elegiac, Porcelain is controversial, too, in setting itself against what Grünbein calls the ‘myth’ of the Germans as innocent victims of a war crime. At the same time, it never loses sight of the horror deliberately visited on an unwitting civilian population, nor the devastation that looms so large in the German memory. Published for the first time in English, on the seventy-fifth anniversary of the firebombing, this edition contains new images, notes, Grünbein’s own reflections and an additional canto—an extraordinary act of poetic kintsugi for the fractured remains of Dresden’s memory.

‘We were miraculously unanimous in our selection of Porcelain. Reading Karen Leeder’s translation felt like experiencing a genius collaboration between peers, it is simply stunning work that I would encourage everyone to read.’—Jen Calleja, judge, Schlegel-Tieck Prize 2021. Click here to watch the official announcement.

‘The 50 poems that make up the cycle probe deeply the history of Dresden, adopting then discarding allusive threads to explore the ruin of the city. For Grünbein, Dresden’s genius loci reveals itself in the fragments of broken porcelain in the rubble, which represent destruction by the Allies and Germany’s atrocities . . . The language of fragments offers a model for Grünbein’s wandering series of incomplete snapshots that document the effects of the bombing. Translator Leeder . . . succeeds remarkably at following Grünbein’s voice as it makes use of folksy exclamations, self-effacing sarcasm, and high-cultural references.’—Alexander Wells, Los Angeles Review of Books. Read the full review here.

‘For a rather long time now—approximately, since the Berlin Wall came down—the name Durs Grünbein has been the answer to the question: Who’s the leading young poet in Germany?’—James Fenton, Guardian

‘Grünbein loves to jump from one register to another—one moment he is the street poet of Berlin, the next . . . all marble and ancient philosophy.’—Philip Ottermann, Independent

Praise for the German original of Porcelain:

‘This book destroys illusions; there are none left by the time you finish it. But that’s how it is with great literature.’—Badische Zeitung 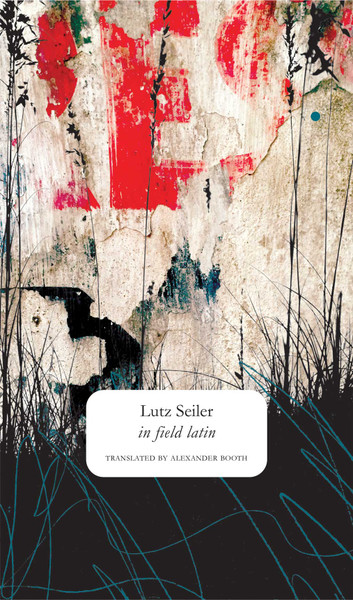 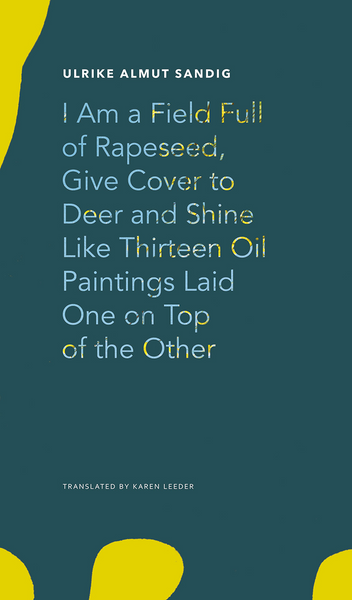 I Am a Field Full of Rapeseed, Give Cover to Deer and Shine Like Thirteen Oil Paintings Laid One on Top of the Other 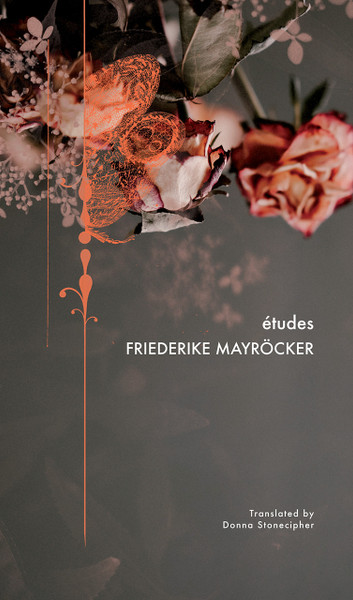