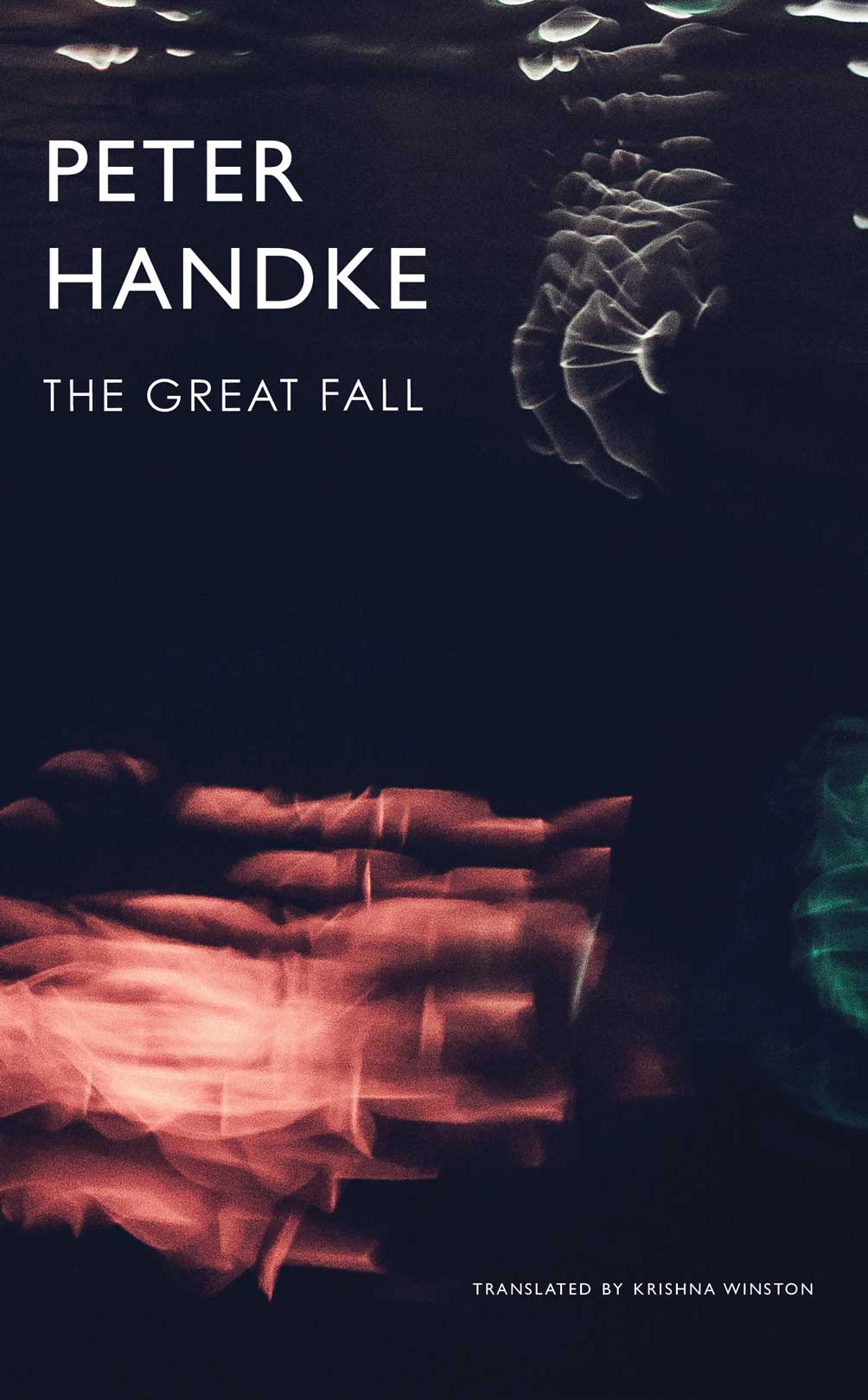 “On the day of the Great Fall he left nothing, nothing at all behind.”

The latest work by Peter Handke, one of our greatest living writers, chronicles a day in life of an aging actor as he makes his way on foot from the outskirts of a great metropolis into its center. He is scheduled to receive a prestigious award that evening from the country’s president, and the following day he is supposed to start shooting for a film—perhaps his last—in which he plays a man who runs amok. While passing through a forest, he encounters the outcasts of the society—homeless people and migrants—but he keeps trudging along, traversing a suburb whose inhabitants are locked in petty but mortal conflicts, crossing a seemingly unbridgeable superhighway, and wandering into an abandoned railyard, where police, unused to pedestrians, detain him briefly on suspicion of terrorism.

Things don’t improve when he reaches the heart of the city. There he can’t help but see the alienation characteristic of its residents and the omnipresent malign influence of electronic technology. What, then, is the “Great Fall”? What is this heart-wrenching, humorous, distinctively attentive narrative trying to tell us? As usual, Peter Handke, deeply introspective and powerfully critical of the world around him, leaves it to the reader to figure out.

‘You are advised to read this book, take a cane, tuck a feather onto your hat like the hero, and to follow him [. . .] It is for your own good, reader, you will not regret it [. . .] This is a straightforward narration with plain and elegant sentences. The book is reminiscent of Handke’s beginnings, and it is impressive [. . .] German literature is not conceivable without Peter Handke.’ —Die Zeit