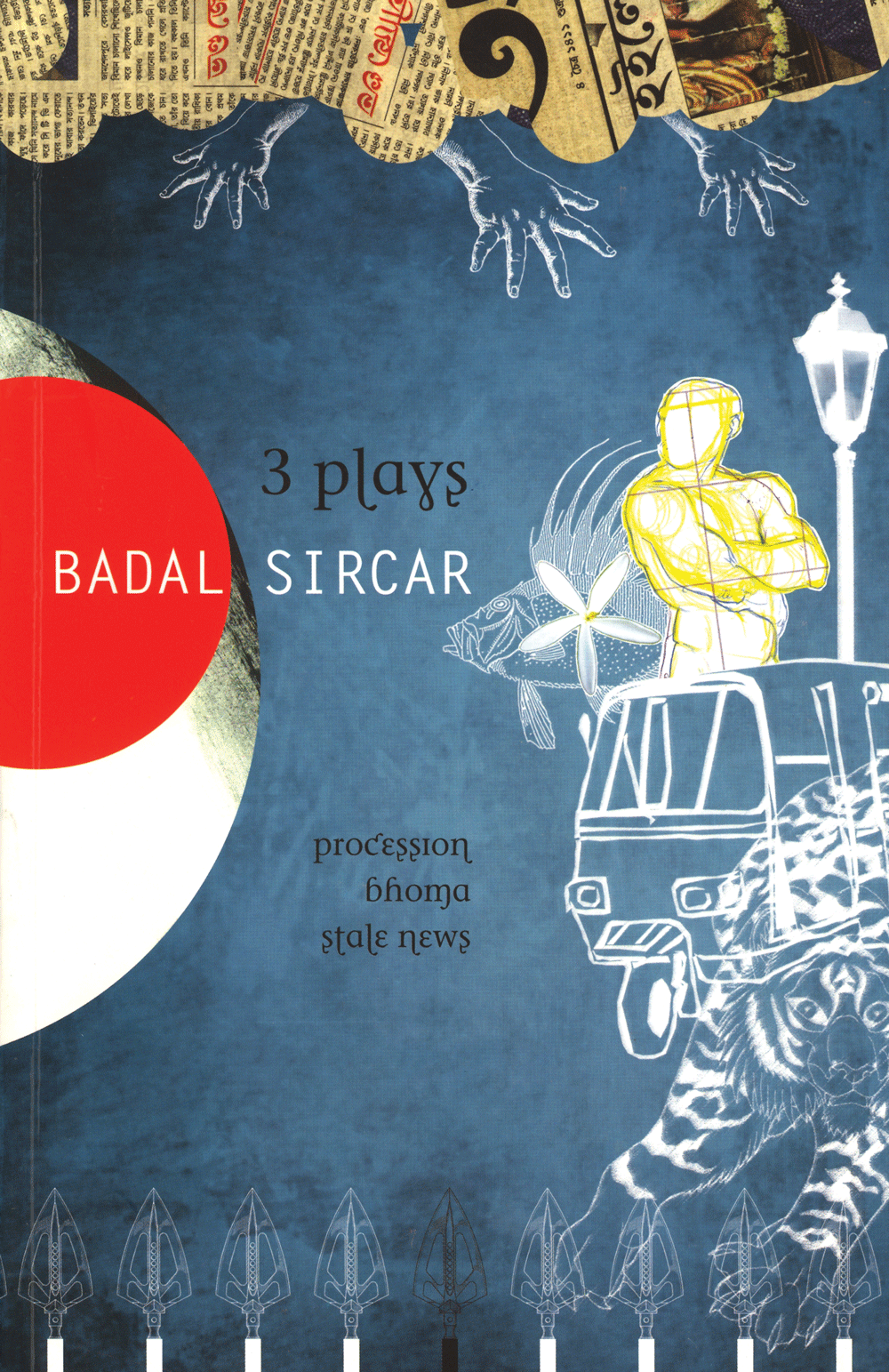 Perhaps no other theatre personality has had such a deep and pervasive influence on theatre practice and theory in post-independence India as Badal Sircar. As a writer of proscenium plays in the 1960s, all of which have been widely produced by leading directors in several Indian languages; as the pioneer of non-proscenium political theatre in the 1970s; as the mentor of countless directors and theatre activists who have carried his ideas to far corners of the country, his work is an integral part of contemporary Indian theatre history.

In Procession, Sircar recreates the city of Calcutta with its slogans and demonstrations and rallies, too often losing their human focus. In Bhoma, a Sundarban pioneer, one of those who cleared the forests and now starves to death, confronts a city demanding ever more luxuries and comforts at the cost of the majority that continues to be exploited in rural India. In Stale News, the same ironic design recreates as a model for protest and resistance a tribal revolt in the nineteenth century in eastern India. Written for the environmental theatre, all the plays have been staged widely in the widest possible range of situations and environments, not only by Sircar’s own group, Satabdi, but other groups as well.