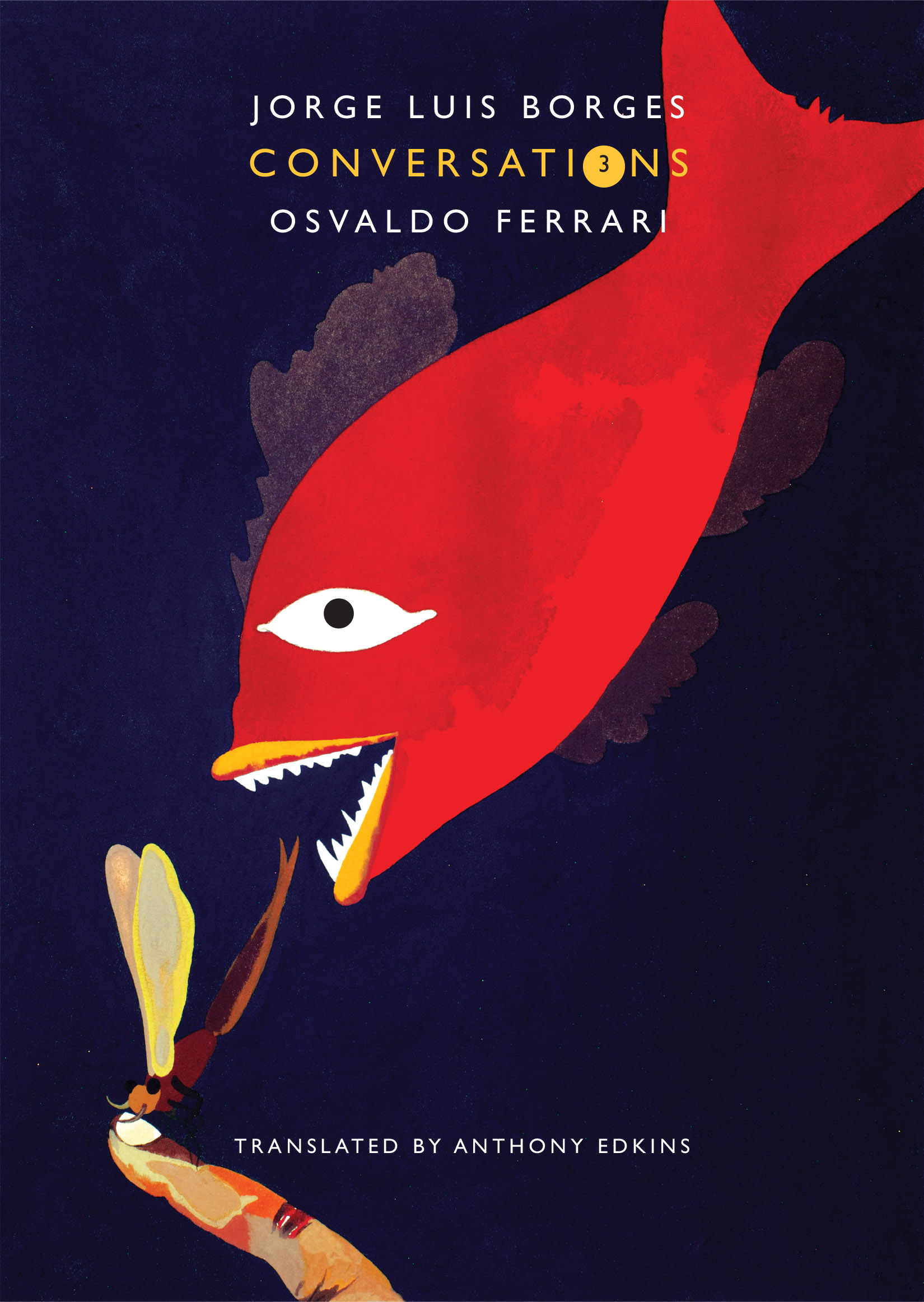 “I wrote a poem this morning, and one of the themes of the poem is that languages are not equivalent, that each language is a new way of feeling the world.”—Jorge Luis Borges

Recorded during Borges’ final years, this third volume of his conversations with Osvaldo Ferrari offers a rare glimpse into the life and work of Argentina’s master writer and favorite conversationalist. In Conversations, Volume 3, Borges and Ferrari discuss subjects as diverse as film criticism, fantastic literature, science fiction, the Argentinian literary tradition, and the works of writers such as Bunyan, Wilde, Joyce, and Yeats, among others. With his signature wit, Borges converses on the philosophical basis of his writing, his travels, and his fascination with religious mysticism. He also ruminates on more personal themes, including the influence of his family on his intellectual development, his friendships, and living with blindness.

The recurrent theme of these conversations, however, is a life lived through books. Borges draws on the resources of a mental library that embraces world literature, both ancient and modern. He recalls the works that were a constant presence in his memory and maps his changing attitudes to a highly personal canon. These conversations are a testimony to the supple ways that Borges explored his own relation to numerous traditions—the conjunction of his life, his lucidity, and his imagination.

“Conversations cannot and must not be missed by all lovers of Borges and readers of literature. The three beautifully produced books also feel like collector’s items. . . . The existence of these three volumes of Conversations with Borges will perhaps also calm the storms on Jupiter, change the colours of the hexagonal cloud formation on Saturn’s North Pole, spark a fresh burst of high energy gamma rays from the galactic centre and make our world a bit more imaginative, wondrous, wiser and happier.” —Scroll India
ISBN: 9780857424235
Pages: 208
Format: Hardback
Size: 5.5" x 7.75"
Publication Year: July, 2017
Rights: UCP
Shipping: Shipping rates will be calculated at checkout and will depend on your location.