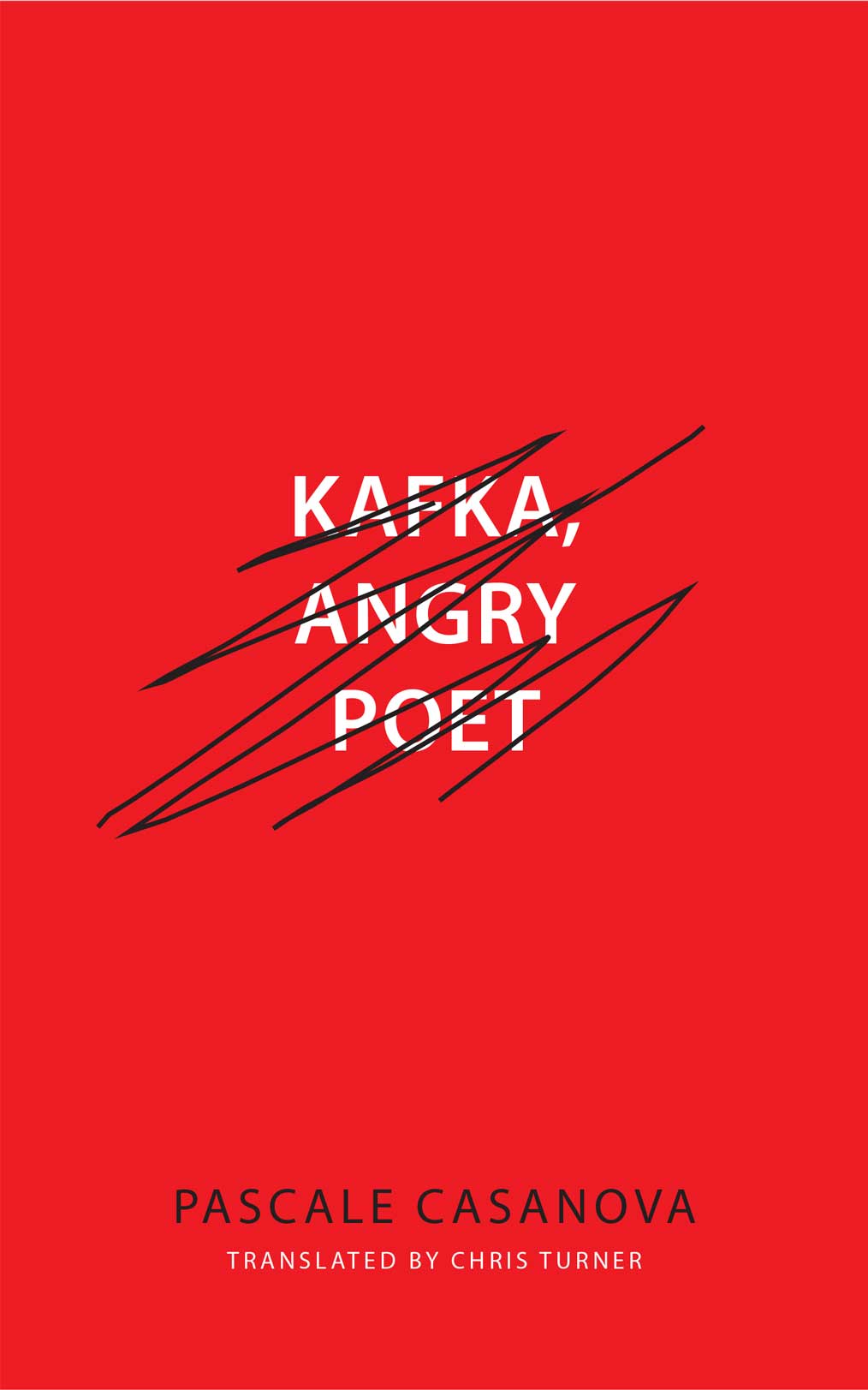 Translated by Chris Turner
₹595.00 $27.50
Franz Kafka was one of the most influential writers of the twentieth century. His writing contributed greatly to existentialism, and the term “Kafkaesque” is now synonymous with the literature of the surreal, the complex and the illogical. His works sustained themes of violence, family conflict, bizarre and all-powerful bureaucracies, and fantastical transformations. However, in Kafka, Angry Poet, Pascale Casanova looks past the customary analyses of Kafka’s work and dives deep into his mind, examining his motives rather than the results. She bravely asks the question, “What if Kafka were the most radical of social critics? What if he had actually attempted to pull the wool over our eyes with narratives that are, in fact, subtly deceptive?”

The hypothesis she develops is that Kafka began with an awareness of the tragic fate of the German-speaking Jews of early twentieth-century Prague and was subsequently led to reflect on other forms of power, such as male dominance and colonial oppression. The stories produced as a result were traps for the unwary, throwing the reader off the scent with the use of unreliable and even deceitful narrators. Curiously, says Casanova, it is not in literature that one finds the answers to these questions but in German ethnology, a field which, as an intellectual of the Austro-Hungarian Empire, Kafka knew well. Through her detailed research, Casanova shows us a combative Kafka who is at once ethnologist and investigator, unstintingly denouncing all forms of domination with the kind of tireless rage that was his hallmark. In so doing, she sheds light on the deep-seated reasons for Kafka’s anger.

‘From Casanova, we get a methodological model of how to excavate historical subjects’ temporal and social location so that we can understand how they comprehend and react to their condition of domination [. . .] Casanova shows how Kafka’s anger became invisible when the specific world in which he wrote, and upon which he commented, disappeared. Only by recovering the political disputes of his time and place can we make sense of the literary “weapons of the weak” that Kafka developed.’ —Richard Lachmann, Public Seminar