Buyers of books seldom cast more than a glance at the fourth page of a book. In nearly every book this fourth page carries the name of the press which has printed the book. Publishers are required to name their printer because if the book is pirated or obscene, the printer is legally liable. This legalism seems to date to the time when publishers were synonymous with printers, whereas printers do not now read the material that publishers hand over to them for printing. This is understandable: a printer’s business is specialized. Presses make their money by pouring ink on to rollers which rub against printing plates which, in turn, leave an impression on paper. Printers are not editors or publishers; they are definitely not scholars either. 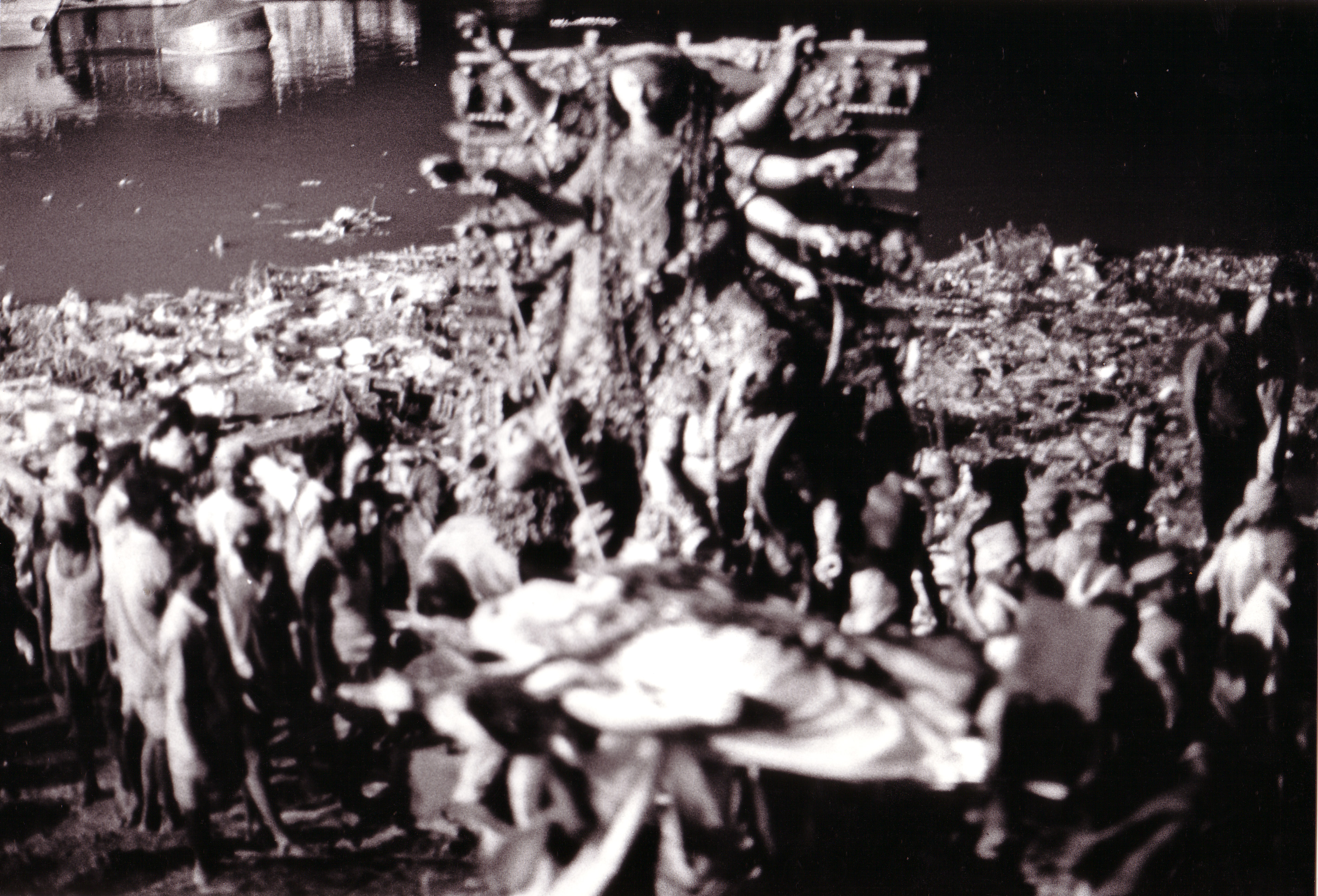 That exception—the only one in India who was a scholar and an editor while being centrally a printer — died in Calcutta in late 2000. Readers of books will not have known his name, nor that of his small printing press, but most people in Indian publishing and printing knew P. K. Ghosh of Eastend Printers. In the 1980s and 1990s, if you saw an Indian academic book that looked like it had been printed abroad, with the impression on each page crystal sharp and the ink evenly spread over every minute serif within every letter of the alphabet, you turned immediately to page four of the book to confirm your feeling that it had been printed by P. K. Ghosh of Eastend. Ghosh’s press deployed a slow technology called ‘hot metal printing’ which now exists only in museums, so he did not end up printing too many books. But every last copy of those that he did print came out looking like works of art.

P.K. Ghosh had the temperament of a scholar and the memory of an elephant. He believed his job was to ignore his publishers’ injunctions to merely typeset and then quickly print the edited script handed over to him. He trusted no editor other than himself, and everyone in publishing knew he was a better editor than anyone they could employ from the Ivy League or Oxbridge. Once you gave Ghosh a meticulously edited script, he would still insist on running his own red pen over it. It was his way of telling you that he would not be limited to the mechanics of printing: he was insistent about being the ghost in his machine.

The first time this happened to a book I was overseeing, I was annoyed. The book was Ranajit Guha’s Elementary Aspects of Peasant Insurgency in Colonial India (1983). Very few post-Independence historians of India have been writers of exemplary prose and the notable exceptions within the older generation—to which Ranajit Guha belonged—were Sarvepalli Gopal, Ashin Das Gupta, Tapan Raychaudhuri and Romila Thapar. Within this illustrious group, Guha, the founding father of ‘Subaltern Studies’, was notorious for being particular about each word and phrase, for guarding the particularity of his expression as fanatically as the peculiarities of his subversive historiography. His prose was polished and meticulous; he specified it should not be meddled with by copyediting idiots from Oxbridge and the Ivy League. I recognised our entire editorial department and myself in his barbs, and all of us lay timorously low in the face of this roaring royal Bengal tiger.

But P.K.Ghosh, to whom we sent the sparsely marked script, suffered no such trepidation. He insisted, as always, on editing the script. Since Ghosh’s reputation was as awesome as Guha’s, I decided we could witness a tiger-roaring competition by telling Ranajit Guha that he would have to suffer correction from P.K. Ghosh. I awaited the first growl by return of post. The answer came back as a tame telegraphic purr: if Prabhatbabu of Eastend was going to edit his script, Ranajit Guha would be honoured. Prabhatbabu, said Guha, was not a copyediting idiot from either the Ivy League or Oxbridge. He lived and worked in the vicinity of Presidency College, Calcutta. He could be trusted.

Ranajit Guha was right. P. K. Ghosh’s editorial skills far exceeded those of anyone in Indian publishing. He picked out solecisms and small factual errors of the sort that only a meticulous Bengali intellectual notices, and Guha agreed with almost every change that P. K. Ghosh suggested. Sitting in our editorial office, awaiting the flying of fur and nature going red in tooth and claw, we only heard the cooing and billing of two Bengali doves falling in love with each other’s English skills.

There was a similarly felicitous exchange when P. K. Ghosh was sent the edited script of S. Gopal’s excellent biography of his father, Radhakrishnan. Eastend was the obvious printer for that book: Radhakrishnan had worked long years as a philosopher in Calcutta, and only P. K. Ghosh, Calcutta’s scholar-printer, had a reputation as considerable as S. Gopal’s. By then I had the experience to know that I must keep my editorial pen nicely dry and serve as a post office between Ghosh’s editing and Gopal’s replies. It worked fine. Gopal was much impressed by the fact that his printer provided him with a better translation of a French sentence quoted in his biography than Gopal himself had managed. Since Ghosh’s French was not immaculate, he had taken the trouble to approach his friends at Presidency College to check if Gopal’s translation of the French sentence was acceptable. They told him it wasn’t; they provided an alternative; Ghosh sent it to me; I sent it to Gopal; Gopal agreed the alternative was better and asked me to thank Ghosh; I scratched my head and felt humble.

Among wordsmiths there was no one in P.K. Ghosh’s league. In his line of work there will never be anyone like him, ever. Hyperbolic elegies of this variety are reminiscent of the music critic who, when asked whom he considered the greatest pianist of the previous century, said: ‘Vladimir Horowitz was the greatest pianist ever’, and then added: ‘No, I’m being too pusillanimous in not including pianists yet unborn.’ The critic’s falsehood in so easily disposing off the claims of Richter, Rubinstein, etc. with enthusiasm of such singularity is less to the point than the truth of sentimental excess when describing a craftsman nearly incomparable.

India has had a tradition of scholar-printers. The missionary Bartholomaeus Zeigenbalg, celebrated recently in a biography by Professor Brijraj Singh, was the first of these. The scholar-librarian B. S. Kesavan, in his (incomplete) three-volume History of Indian Publishing, celebrates others such as the scholar-printer-teachers Carey, Halhed, Marshman and Ward of Fort William. If Kesavan had lived long enough to finish his history, P. K. Ghosh would have featured as the last in this tradition. Ghosh, like Kesavan, knew everything about the history of his profession, not just its everyday requirements. If you asked him which of Conon Doyle’s works drew inspiration for its title from a typeface, he would know it was The Hound of the Baskervilles, that the Strand Magazine issues of 1891–93 were set in the Baskerville typeface, that the Sherlock Holmes stories were first serialized there, and that the book derived its name in this eccentric manner. He knew about the origins of typographical elegance—about Nicholaus Jenson, the father of typesetting, about Claude Garamond (1490–1561), Giambattista Bodoni (b. 1740), and the two best-known classic English typecasters, William Caslon (b. 1692) and John Baskerville (1706–75). 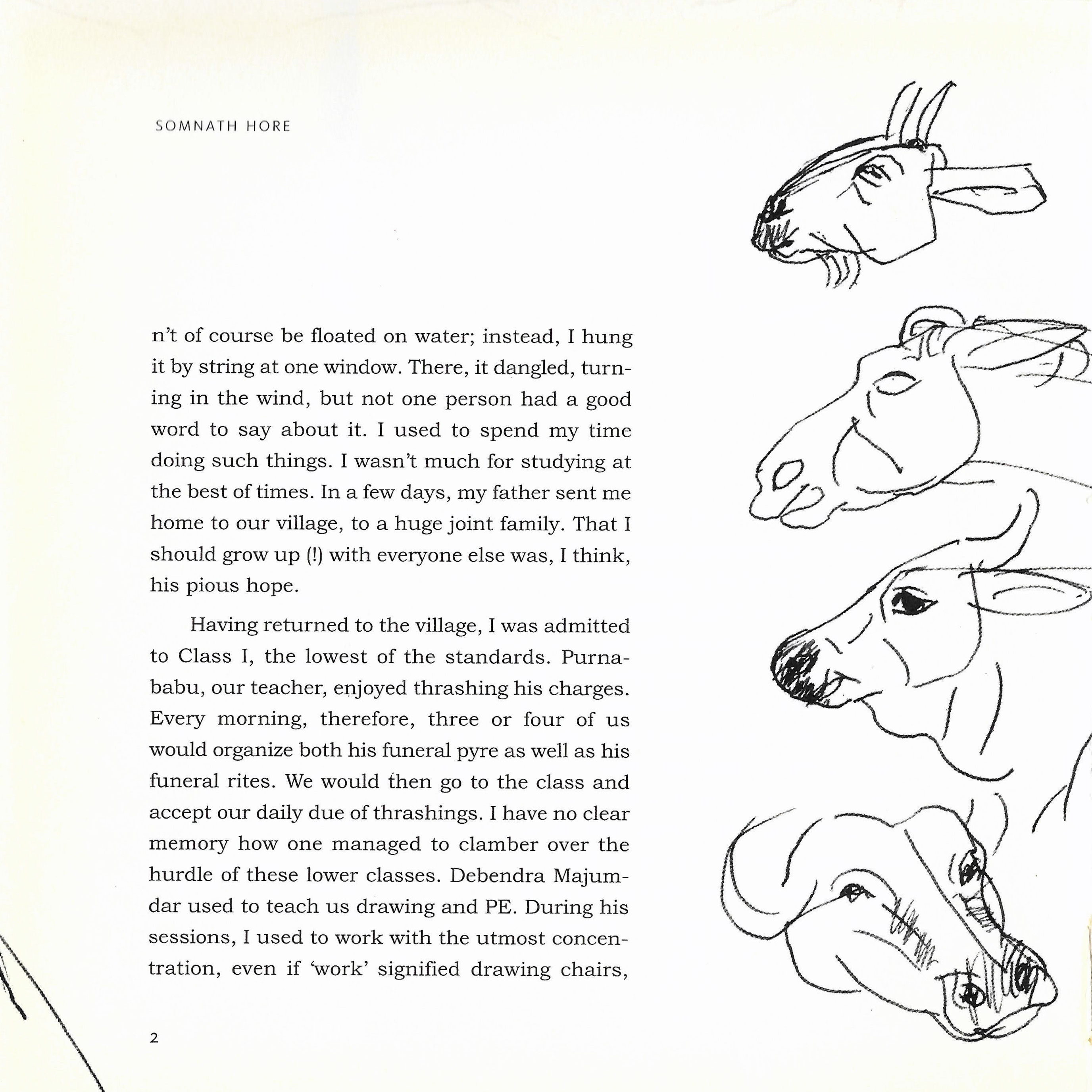 Eastend was the Howards End of Bengal, a house which symbolized an old world of scholarship and passionate commitment to the ‘weltanschauung’ of books much more than to the commercial bricks-and-mortar aspects of printing. P. K. Ghosh would print a book only after satisfying himself that he had personally rid the script of every blemish. The philosophy he practised was that books were Rome: they were not to be built in a day. He would only work with authors and editors who shared this worldview. When his work was done and the book appeared, there was no option but to acknowledge that he was right.

This was the world obliterated by desktop publishing. When that revolution came, P. K. Ghosh saw the typography on the wall and closed shop. Every editor who had the honour to work with him knew it was the end of an epoch, the publisher’s equivalent of Ingmar Bergman retiring from film-making. Everyone who looked for the printer’s byline on page four knew that page was going to be impoverished without his name on it. I was one of those, though I’d met him just twice. The first time he told me that the American Declaration of Independence of 1776 was typeset in Caslon, and that Caslon is the best font for history books. The second time he told me that reading a nicely set page in Bembo typeface is as effortless and pleasurable as eating a rossogulla, except that this has been true for Bembo more than 400 years whereas the rossogulla can boast no such lineage.

Perhaps these are items of ‘useless’ information; certainly, they do not flow out of printing houses today. Full-colour picture books look infinitely superior to the single-colour academic books that P.K. Ghosh produced. Yet the last Indian printer-scholar is dead, and though his successors will make books as beautifully as he did, they will not display the endearing and time-consuming ‘uselessness’ so editorially vital within the making of great books.

Taken from the Seagull Books Catalogue for Fall 2011—Spring 2012.

Rukun Advani is the author of Beethoven Among the Cows (1994). He completed his PhD in English from Trinity Hall, Cambridge, and learnt editing from Ravi Dayal at Oxford University Press, New Delhi. He now collaborates with his wife, Anuradha Roy, in running Permanent Black, one of India's most respected academic imprints.