Reinhard Jirgl. On Being a Writer. 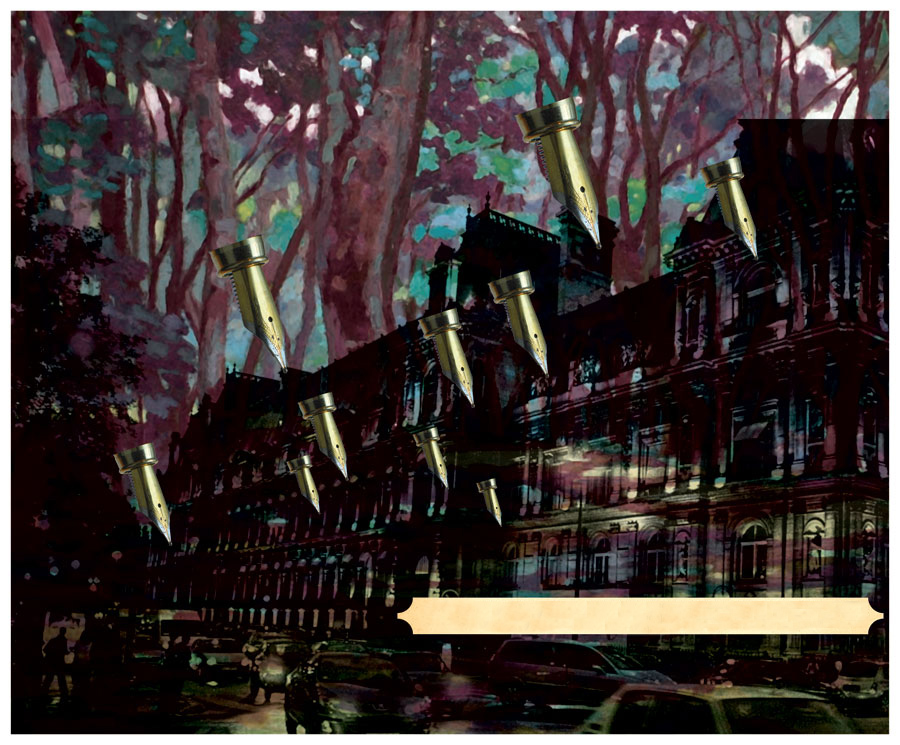 At the beginning I had no intention of making writing a career or earning any money. Back then, when I began (around 1975 and the years thereafter), I did not think of writing as a calling at all; I had sought a path for the, at that time, existentially unsatisfactory situation I’d put myself into (my study of electronics and work as an engineer) in order to give my life-balance a positive value and, if possible, for a long time. For nowhere but in writing am I so at peace with myself.


I have never concerned myself, nor do I today, with what being a writer means in relation to the outside world, this abstruse occupation of feeling words arise from inner faults and desiring to form them into texts, then attaching a continual responsibility to the act far beyond that which is related to the texts themselves. If I were a believer (whether sacred or secular) or had a religion or mission to which I clung and believed I had to fulfil, then I could embellish my activity with some meaningful principles. But of that there is no chance; with this activity of writing, in the best sense of the phrase, I am alone with myself. Relatively early on I got rid of ‘the’ society in which I am forced to live at a material level as a reference-horizon for my writing. And thus ‘the’ society and I are often at odds with each other; and today, after having left the literature business, I think that neither of us could ever fulfil the expectations of the other. In an interview the Austrian writer Peter Handke once said of himself: ‘I have nothing to say, I have something to write.’ In this, I agree with him.

What I am seeking, what I presently want to accomplish, is no discovery-of-truth: I want much less than that; something completely different. It has to do with a certain form of obliteration. This, however, is not the nothingness of deleted or redacted lines denied the general public by the authorities (I am not a conspiratorial writer); I find it dangerous and almost destructive to want to connect a general public with one’s own writing. The general public—today this means those masses of people rushing about, people who individually are even aggressive and caustic and in their speech, whose desires and ways of negotiating are led by the dominant media outlets and interests of advertising. Almost happily tractable, the general public has degraded itself into the most easily controllable and governable of mediums for the authorities. In a mélange of incompetence, continuous lack of experience, rudimentary knowledge and superficial forms of speech, the general public has, first of all, created an exact image of the degree of conflict in our current age. It therefore functions, in a sense, as the involuntary memory of tensions and rifts within a society. When, however, society in toto is anxious to deliver itself [in the sense of eliminate] up to a still unclear, nebulous conglomerate of heterogenic masses of people than everything that has been put into that society’s service will perish together with the society itself, like a sinking ocean liner snatching everything around it as it goes down into the depths.

I have not fallen silent, I simply no longer want to direct my voice or texts towards any kind of general public. With my writing I intend to assault particular conditions, like a pirate or partisan seeking to take hold of those conditions for a while on their own terms in order to then leave them behind again—once the pieces of loot are nothing but words and texts. In this way existence strata can be carried off and observed through writing, the obliteration I mentioned above, something which would be impossible in normal life. After all, no one can tear their own skin off by themselves.

The whole thing is a game. But this game has nothing childlike about it. Other people, even the writer, get hurt now and again. Writing’s collateral damage. Is this how I am also to understand your observation of those ‘slaves of thought’, as a synonym for certain writers? The writer I am thinking of will not be tamed or allow themselves to be put on a leash or in the service of a society. They have no belief, no god, no party. Nor does the pose count, it is the inner character; that which no one can see.

An extract from a letter to Naveen Kishore, published in the annual Seagull Books catalogue (Fall 2018–Spring 2019). Translated from the German by Alexander Booth.

Reinhard Jirgl’s work has won him numerous awards, including the prestigious Georg Buchner Prize in 2010. Translations of several of his novels are forthcoming from Seagull Books.