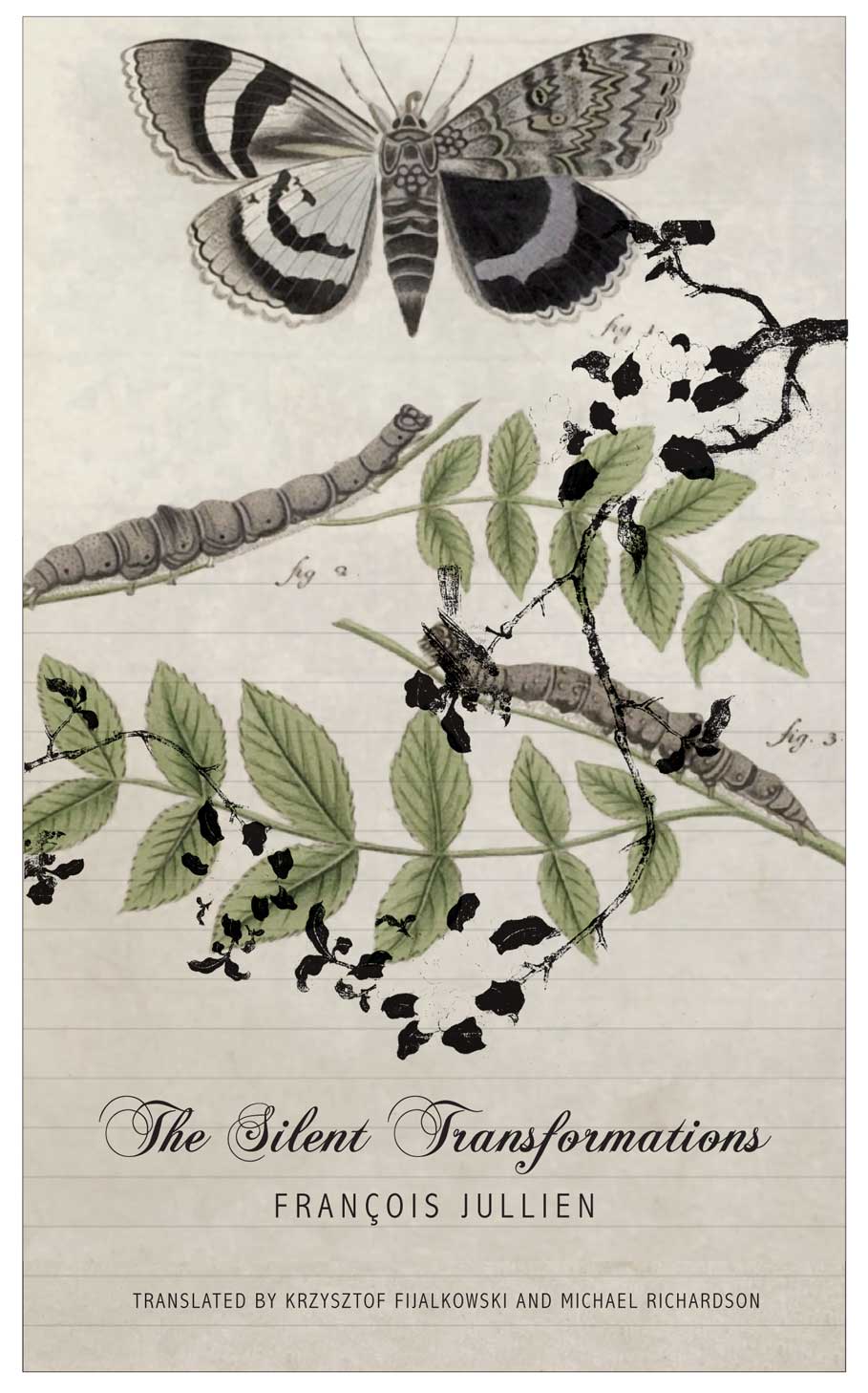 To grow up is to grow old. With time, great love can turn into indifference. And even the most earnest revolution can imperceptibly become its own system of privilege and corruption—just as global warming has slowly modified the climate by degrees. These are examples of the kind of quiet, unseen changes that François Jullien examines in The Silent Transformations, in which he compares Western and Eastern—specifically Chinese—ways of thinking about time and processes of change.

Jullien argues that our failure to notice the effects of cumulative changes over time is due to Western thought’s foundations in classical Greek philosophies of being, which encourage thinking in terms of determined forms and neglect the indeterminable nature of the transition taking place. In contrast, Chinese thought, having a greater sense of the fluidity of life, offers a more flexible way of understanding everyday transformations and provides insightful perspectives from which to consider our relation to history and nature. In particular, a Chinese approach, argues Jullien, allows us to discover that there may be occasions when it is more efficacious to yield to situations than to confront them head-on.

In The Silent Transformations, Jullien resituates Western philosophy by examining it in the light of traditions of thought that have developed from fundamentally different concepts and contexts. Jullien here opens a space for a new way of thinking, and this refreshing book will stimulate the interest of scholars in both Western and Eastern philosophy.