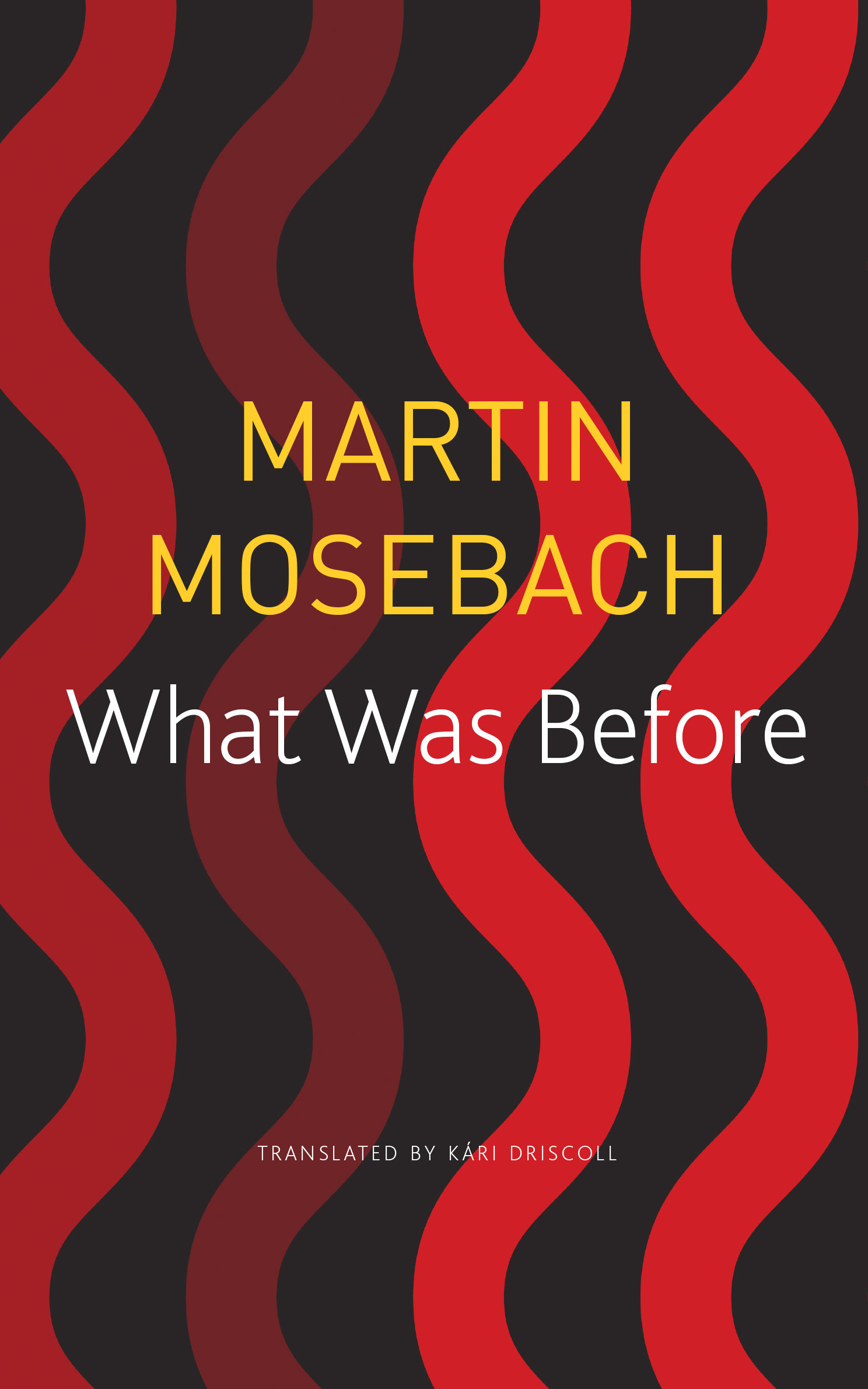 Martin Mosebach’s novel What Was Before opens with a young couple enjoying a moment of carefree intimacy. Then the young woman, turning slightly more serious, asks her lover that fateful question, one that sounds so innocent but carries toxic seeds of jealousy: What was your life like before you met me? The answer grows into an entire book, an elaborate house of cards, filled with intrigue, sex, betrayal, exotic birds and far-flung locations.

Set against the backdrop of Frankfurt’s affluent suburbs, this elliptical tale of coincidence and necessity unfolds through a series of masterly constructed vignettes, which gradually come together to form a scintillating portrait of the funny, tender and destructive guises that love between two people can assume and the effect it has on everyone around them. Hailed in Germany as the first great social novel of the twenty-first century, What Was Before is an Elective Affinities for our time.