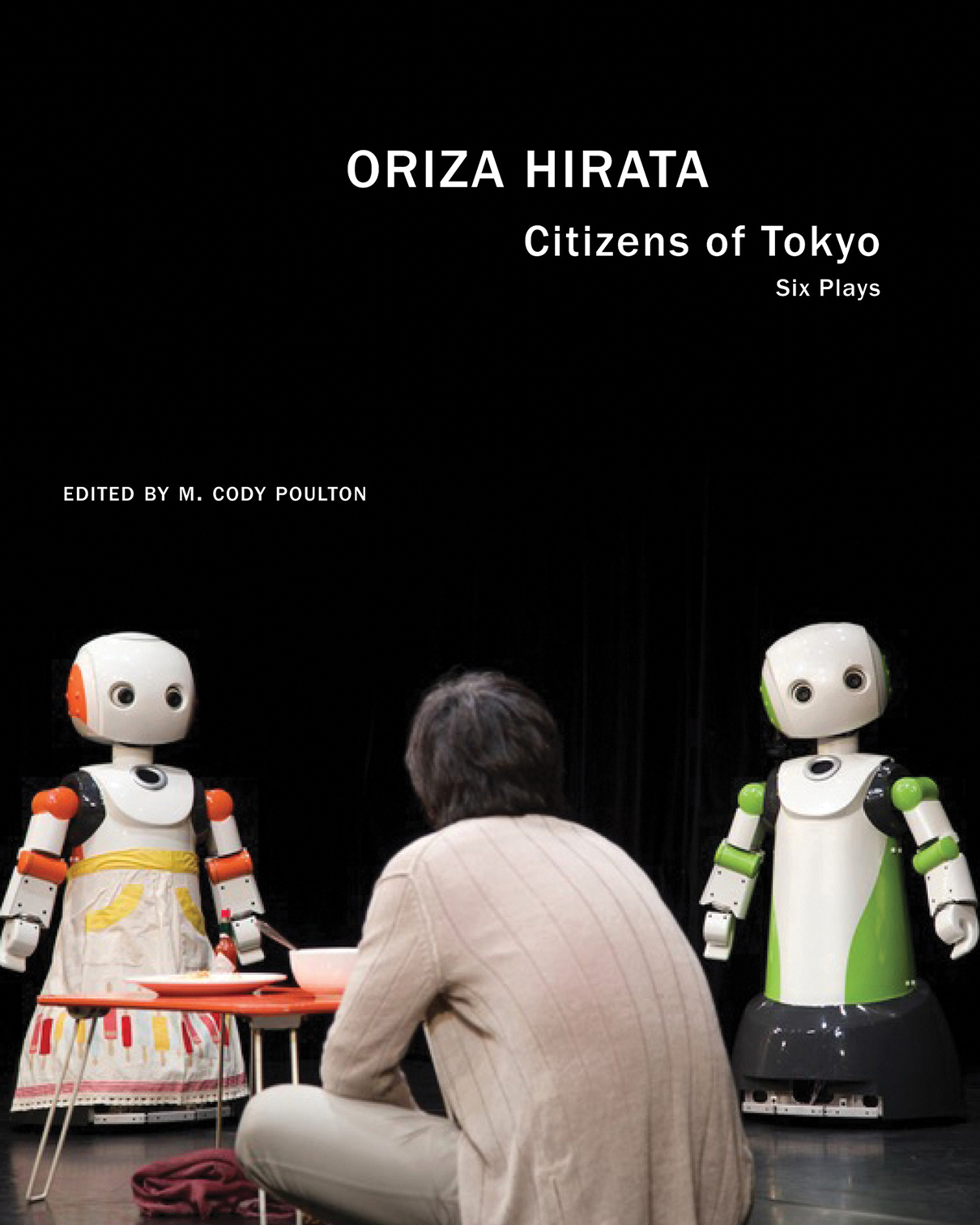 Citizens of Tokyo is the first collection in English of plays by one of Japan’s most important contemporary playwrights, Oriza Hirata, whose works have been performed all over the world. The first part of Citizens of Tokyo, “At Home and Abroad,” presents two plays—Toyko Notes and Kings of the Road—that are exemplary of Hirata’s unique neorealist dramaturgy, which created one of the most important trends in Japanese theater since the 1990s: Quiet Theatre. The second part of the book presents two short comedies that satirize the politics of decision-making in Japan and abroad: “Loyal Rōnin: The Working Girls’ Version” and “The Yalta Conference.” The final part, “Robots and Androids are People Too,” presents two short plays created in collaboration with Ishiguro Hiroshi and the Osaka University Robot Theatre Project. The plays are accompanied by a context-setting introduction from editor and cotranslator M. Cody Poulton.

“Hirata’s staid, colloquial style coupled with a keen sense of history and occasional magic-realist twists marked a clear contrast with the more poetically flamboyant and physically hyperactive plays of the foregoing generations including Hideki Noda and Jūro Kara. His plays were dubbed as Quiet Theatre in the early 1990s, when his artistic originality was confirmed among the critical circle. He has also been prolific as a theater theoretician.”—Critical Stages