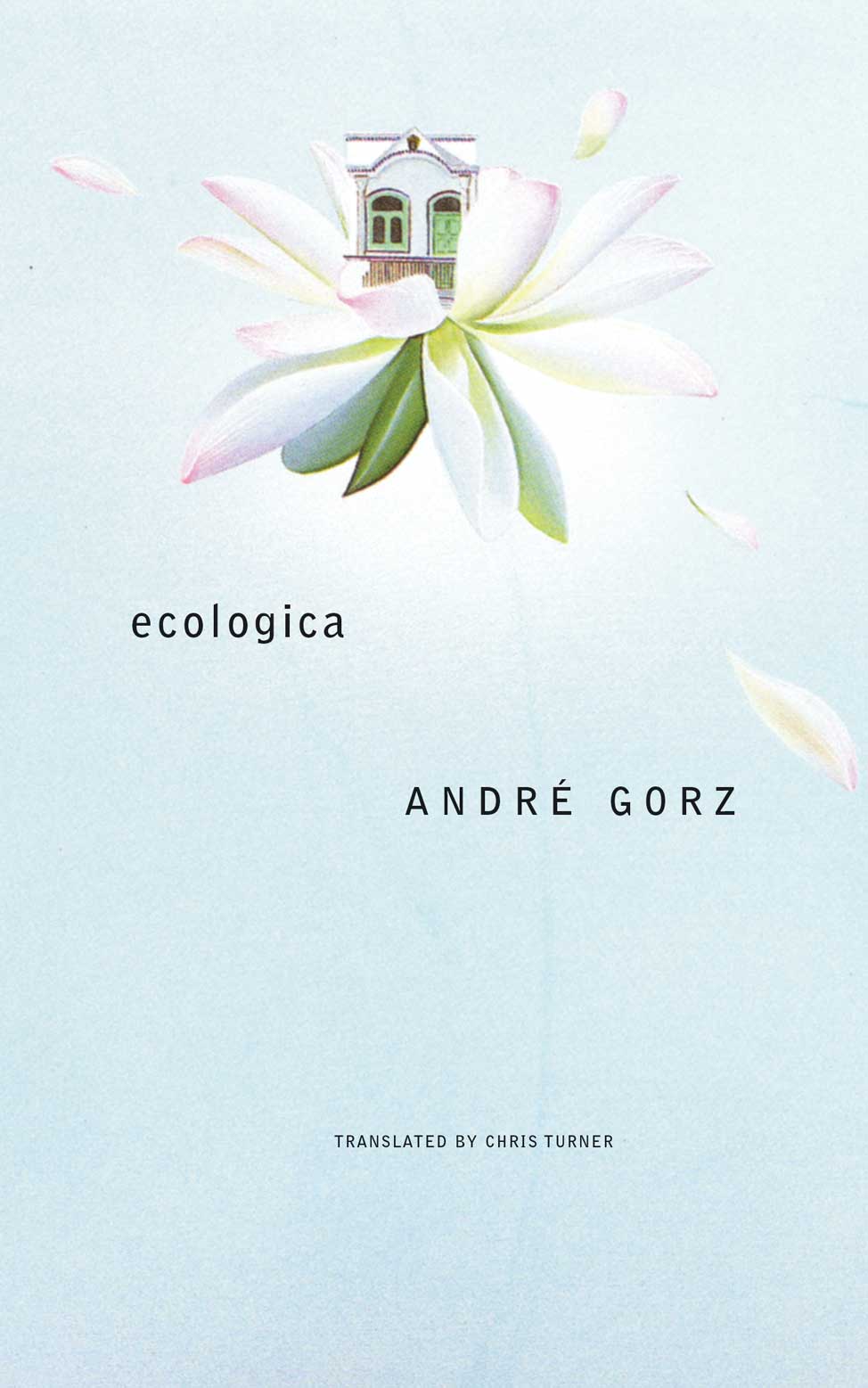 Writing in 2007, French social philosopher André Gorz (1923–2007) was remarkably prophetic, foretelling the international economic meltdown of 2008: “The real economy is becoming an appendage of the speculative bubbles sustained by the finance industry—until that inevitable point when the bubbles burst, leading to serial bank crashes and threatening the global system of credit with collapse and the real economy with a severe, prolonged depression.” This prescient article is collected in Ecologica alongside many of Gorz’s final writings and interviews, which together offer practical and often path-breaking set of solutions to our current economic and political problems.

In his writings Gorz condemns the speculative global economic system and anatomizes its terminal crisis. Advocating an exit from capitalism through the self-limitation of needs and the networked use of the latest technologies, he outlines a practical, democratically based solution to our current predicament. Compiled by Gorz, Ecologica is intended as a final distillation of his work and thought, a guide to the survival of our planet. It is a work of political, rather than scientific ecology—Gorz aruges that the key to planetary survival is not a surrender to environmental experts and eco-technocrats, but a switch to non-consumerist modes of living that would amount to a type of cultural revolution.

‘Skilfully translated by Chris Turner, this provocative collection of essays challenges “the domination by capital of our mode of life.” One of the best pieces here is “The Social Ideology of the Car,” a masterpiece of clarity and insight, in which Gorz argues that the car killed off the city, as it did all alternative modes of transport, and now, as the roads become increasingly congested, “the car is killing off the car.” —Times Literary Supplement

‘Gorz’s work was always within the Utopian tradition—a label he welcomed but which was used pejoratively by his opponents [. . .] Many of his derided early warnings about globalization and environmental degradation have become commonplace discourses in political debates today. Ultimately, Gorz’s Utopianism was expressed in a very practical sense—we never know how far along the road we are if we have no idea of the destination.’ —The Independent

‘To my mind the greatest of modern French social thinkers.’ —Herbert Gintis, author of Schooling in Capitalist America