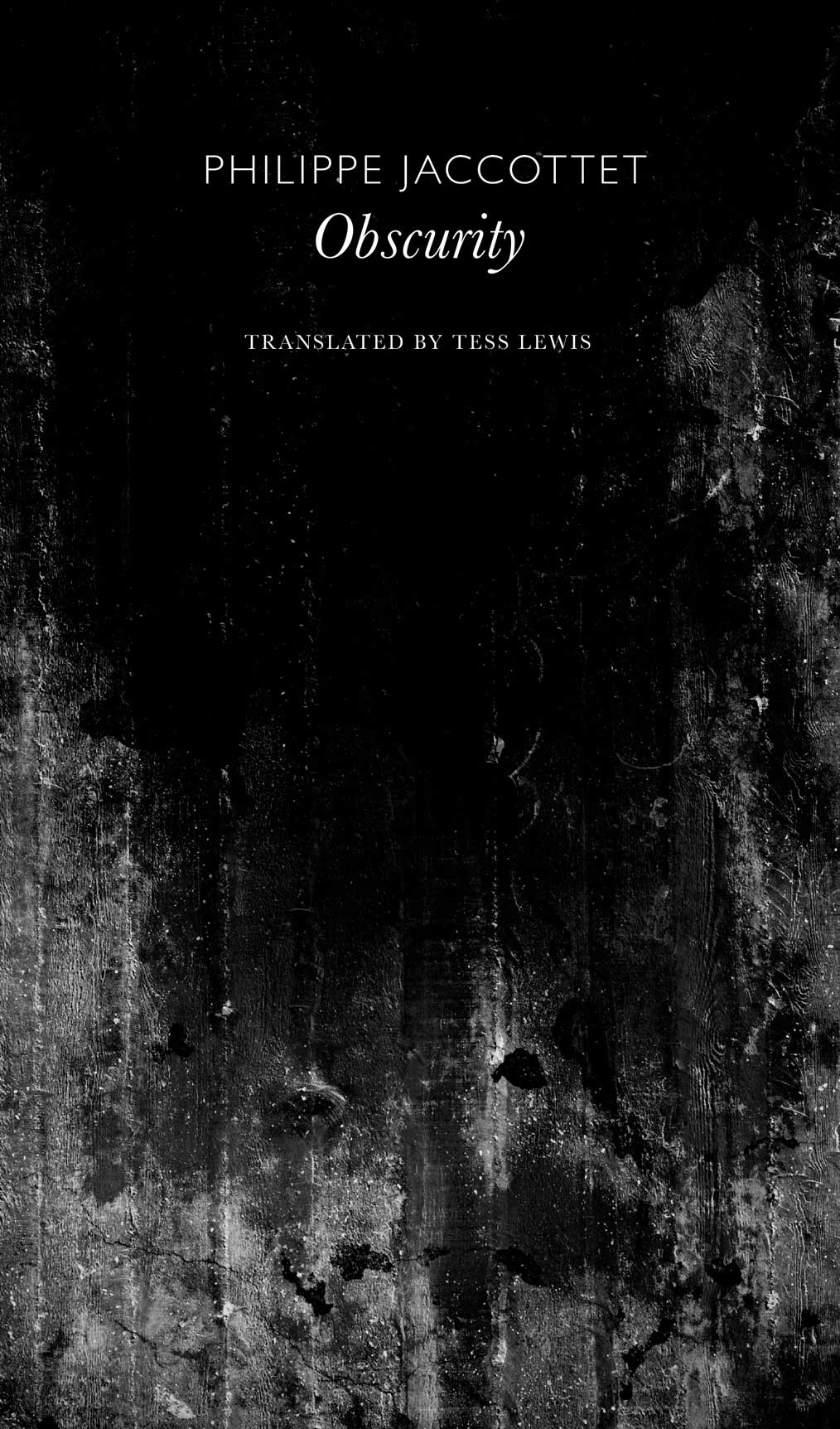 After several years abroad, a young man returns to his hometown to seek the man he calls master. This master, a brilliant philosopher, had made the young man into a disciple before sending him out into the world to put his teachings into practice. Returning three years later, the disciple finds his master has abandoned his wife and child and moved into a squalid one-room flat, cutting himself off completely from his former life. Disillusioned and reeling from the discovery, the young man spends an entire night listening to his master’s bitter denunciation of the ideals they once shared.

Obscurity is the story of this intense encounter between two men who were once very close and now must grapple with the fractured ideals that separate them. Written in 1960 during Philippe Jaccottet’s period of poetic paralysis, the novel seeks to harmonize the best and worst of human nature—reconciling despair, falsehood and lethargy of spirit with the need to remain open to beauty, truth and the essential goodness of humankind. Translated by Tess Lewis, Obscurity is Jaccottet’s only work of fiction, one that will introduce new readers to the multifaceted skills of this major poet.

Praise for the French edition

‘In its haggard sobriety, the account of this tormented soul’s monologue is staggering . . . a beautiful narrative, written in a resounding, solemn style.’—La Table Ronde