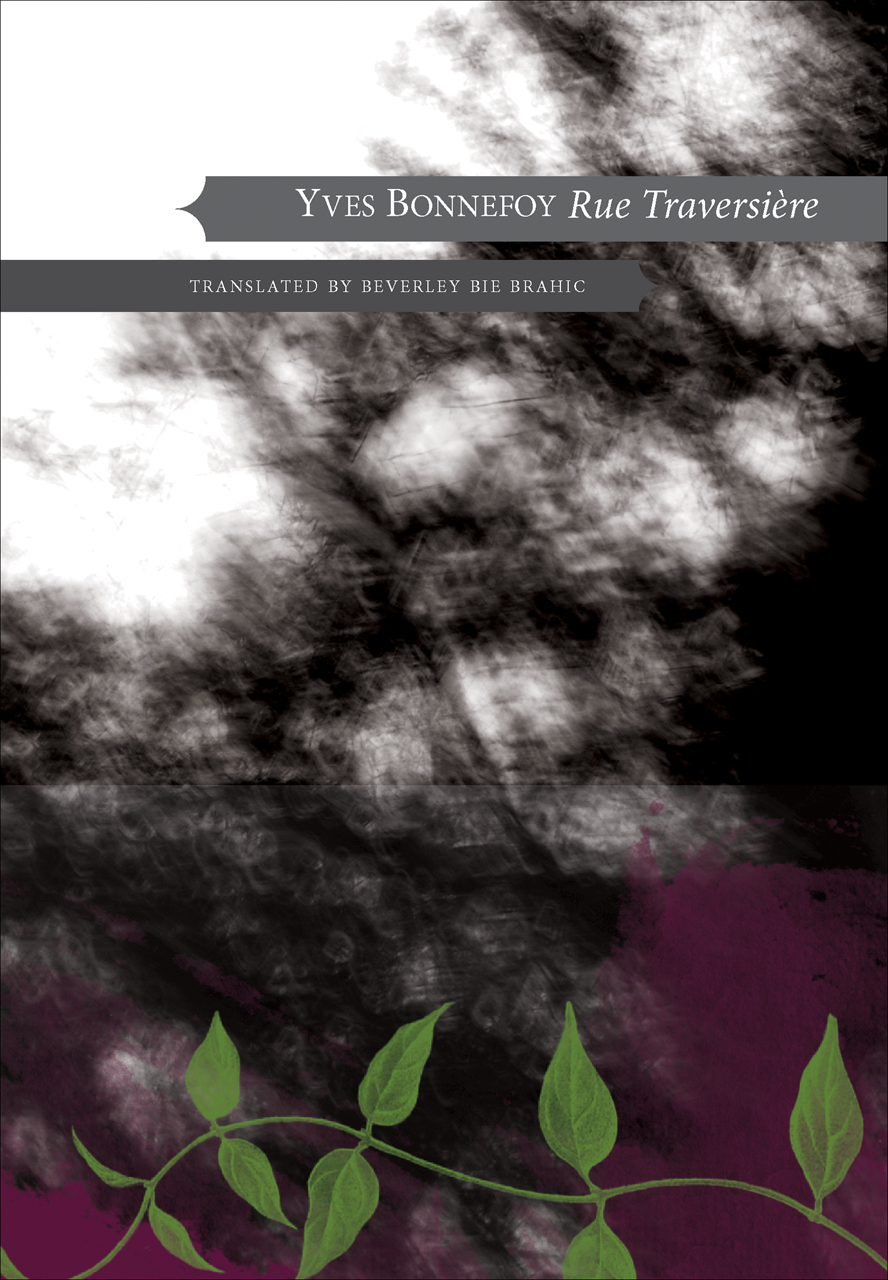 Praised by Paul Auster as ‘one of the rare poets in the history of literature to have sustained the highest level of artistic excellence throughout an entire lifetime’, Yves Bonnefoy is widely considered the foremost French poet of his generation. Proving that his prose is just as lyrical, Rue Traversière, written in 1977, is one of his most harmonious works. Each of the fifteen discrete or linked texts, whose lengths range from brief notations to long, intense, self-questioning pages, is a work of art in its own right: brief and richly suggestive as haiku, or long and intricately wrought in syntax and thought; and all are as rewarding in their sounds and rhythms, and their lightning flashes of insight, as any sonnet. ‘I can write all I like; I am also the person who looks at the map of the city of his childhood, and doesn’t understand’, says the section that gives the book its title, as he revisits childhood cityscapes and explores the tricks memory plays on us.

A mixture of genres—the prose poem, the personal essay, quasi-philosophical reflections on time, memory and art—this is a book of both epigrammatic concision and dreamlike narratives that meander with the poet’s thought as he struggles to understand and express some of the undercurrents of human life. The book’s layered texts echo and elaborate on one another, as well as on aspects of Bonnefoy’s own poetics and thought.

’Four decades ago, the French poet Bonnefoy, wrote two poems about Rue Traversière. Now, these evocative works about “a certain cross-street whose name was Cross Street” have emerged in a lush and limpid English-language rendering by Beverley Bie Brahic.’ —Grand Hotel Abyss