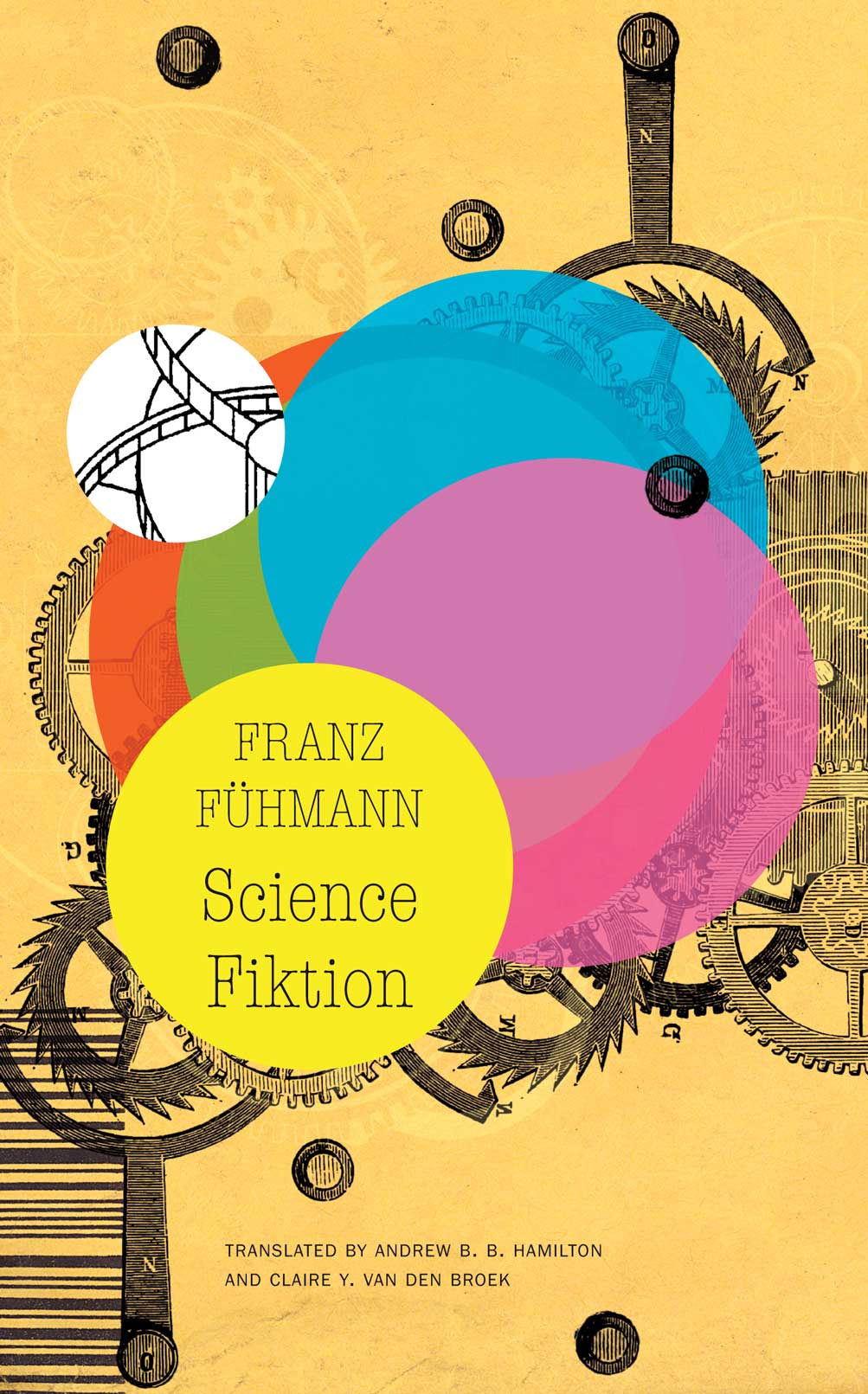 When a young reader once asked Franz Fühmann if he considered his work to be science fiction, he was quick to deny it: he wanted nothing to do with the genre. As he began writing the stories that make up this volume, however, he found himself coming around to the idea of a hybrid genre—what he calls in German Saiäns-Fiktschen, ‘science fiktion’ with a k.

In seven interlocking stories, Science Fiktion offers a steampunk takedown of the logic of the Cold War. In this imagined future, two nations compete for global dominance: Uniterr, an exaggeration of the Eastern Bloc, in which personal freedom is curtailed and life regulated with cartoonish strictness; and Libroterr, in which the decadence of the West has been pushed beyond all reason. The stories follow three young citizens of Uniterr: Jirro, a young neutrinologist whose life is forever changed by a year spent abroad in Libroterr; Janno, a causologist condemned to a life of mediocrity in Uniterr’s bureacracy for the briefest of impure thoughts; and Pavlo, an inventor and a drunkard, whose mind pushes against the limits of what his world allows. Through these three lives, Fühmann gradually unfolds the contours of their bizarre world in a master class of understated world making.

As the reader is swept up in the madness of Libroterr’s predator ads (which grab you on the street) and Uniterr’s mandatory mind readings, Fühmann’s dark comedy from the last century comes to seem all the more prescient in ours. A German twist on an Anglophone tradition, Science Fiktion provides a disturbing vision of the future from the other side of the Berlin Wall.