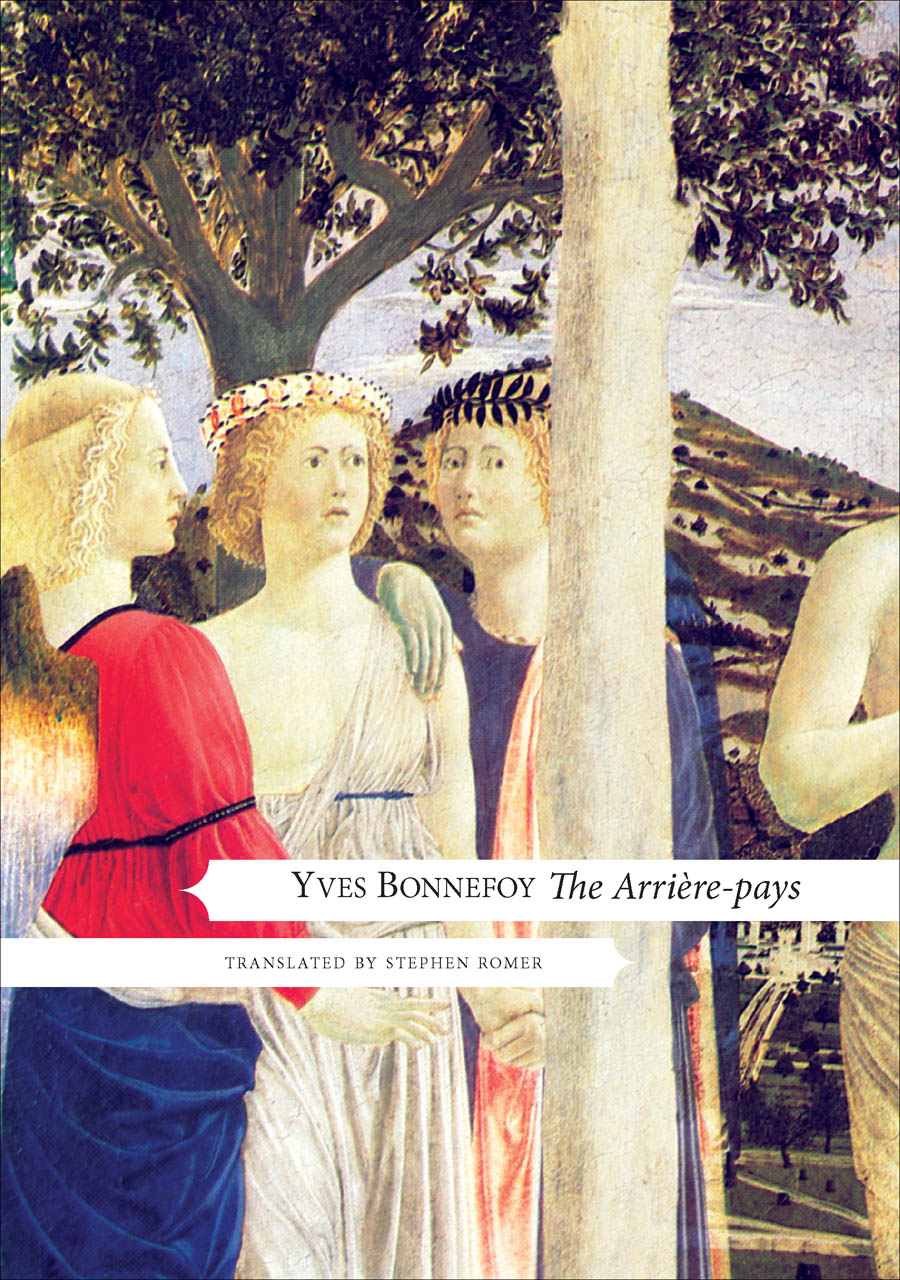 Yves Bonnefoy was not only one of the most important French poets of the postwar years but was also renowned for his poetic and philosophical interepretation of Western art. At last, we have the long-awaited English translation of Bonnefoy’s celebrated work L’Arrière-pays, originally written in 1972, which takes us to the heart of his creative process and to the very core of his poetic spirit.

In his poem, ‘The Convex Mirror’, Bonnefoy writes: ‘Look at them down there, at that crossroads, / They seem to hesitate, then go on.’ The idea of the crossroads haunts Bonnefoy’s work, as he is troubled by the idea that the path not taken may lead to the arrière-pays, a place of greater plenitude, and of more authentic being—an ‘elsewhere in the absolute’. Seized by this fear that what he terms ‘presence’ exists always somewhere else, a little further on, Bonnefoy here sets out on a labyrinthine quest to find traces of this ‘original place’, which he locates not only in objects of knowledge and experience as diverse as the deserts of Asia, a hill fort in India, a church in Armenia, the painting of Piero della Francesca but also, crucially, in the undivided intensity of his experiences as a child. Written with a visionary grace, The Arrière-pays is a spiritual testament to art, philosophy and poetry.

Enriched by a new preface by the poet, and illustrated with numerous colour and black-and-white reproductions, this volume also includes three recent essays in which he returns to his original account of an ethical and aesthetic haunting, one that recounts the struggle between our instinct to idealize—what he deems our eternal Platonism—and the equally strong need to combat this and to be reconciled with our nature as finite beings, made of flesh and blood, in the world of the here and now.

‘What I think is extraordinary is the tenaciousness with which Bonnefoy clings to and pursues his elusive and not-exactly-back country, this territory that is like a dream or a memory “that seems to spring from before we were born”. He insists on the crucial importance of a domain of experience, yearned-for, half-remembered, never fully grasped, which most people would dismiss as fanciful or chimerical.’—Financial Times

‘This is a book to be studied and savored. Moreover, among its invigorating qualities, it certainly acts as a corrective, or at least a challenge, to the sometimes naïve factual immediacy of so much contemporary Anglo-American poetry.’—Arts Fuse

‘The Arrière-pays, supplemented by several shorter texts, asks to be read whole, and then dipped into, as the reader sees more and sees differently. Seagull Books has accomplished what no other English publisher has dared since Skira first published L'Arrière-pays in 1972: a book that generously weds text to image.’—Guardian