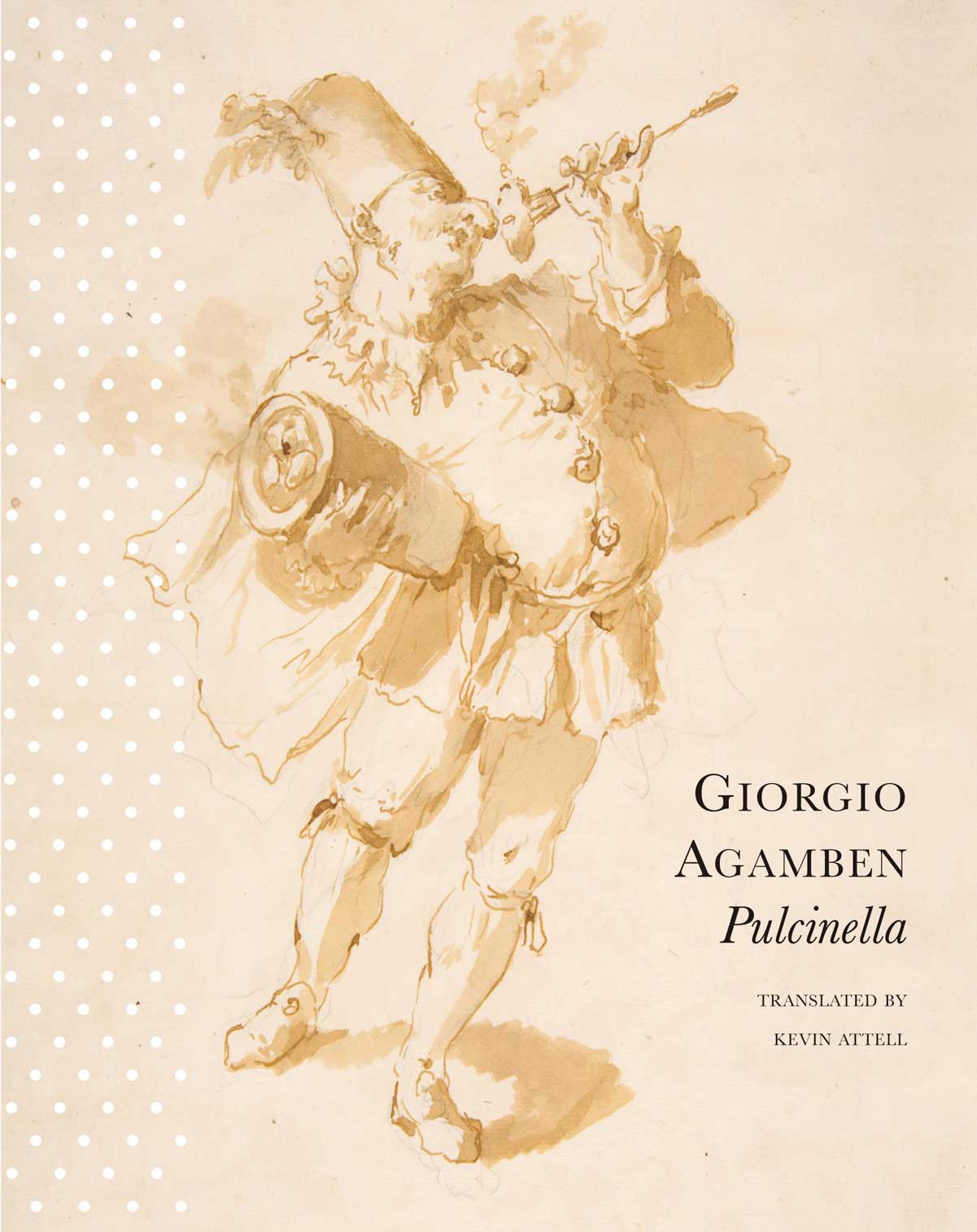 or Entertainment for Kids in Four Scenes
Translated by Kevin Attell
₹699.00 $35.00

The list of subjects that Giorgio Agamben has tackled in his career is dizzying—from the dangers of our current political moment to the traces of the distant past that inflect the culture around us today. With Pulcinella, Agamben is back with yet another surprising—and surprisingly relevant—subject: the commedia dell’arte character.

At the heart of Pulcinella is Agamben’s exploration of an album of 104 drawings, created by Giovanni Domenico Tiepolo (1727–1804) near the end of his life, that cover the life, adventures, death, and resurrection of the title character. Who is Pulcinella under his black mask? Is he a man, a demon, or a god? Mixing stories of the enigmatic Pulcinella with his own character in a sort of imaginary philosophical biography, Agamben attempts to locate the line connection between philosophy and comedy. Perhaps, contrary to what we’ve been told, comedy is not only more ancient and profound than tragedy, but also closer to philosophy—close enough, in fact, that, as happens in this book, at times the line between the two can blur.

‘Giorgio Agamben, philosopher of the grimmest realities, offers an unexpected tribute to the Commedia dell’arte figure of Pulcinella—Mr Punch’s Italian avatar. Affectionately and ebulliently, Agamben upholds gloomy wit as the ultimate resistance.’—Marina Warner, choosing Pulcinella as one of the books of the year 2018 in the Times Literary Supplement