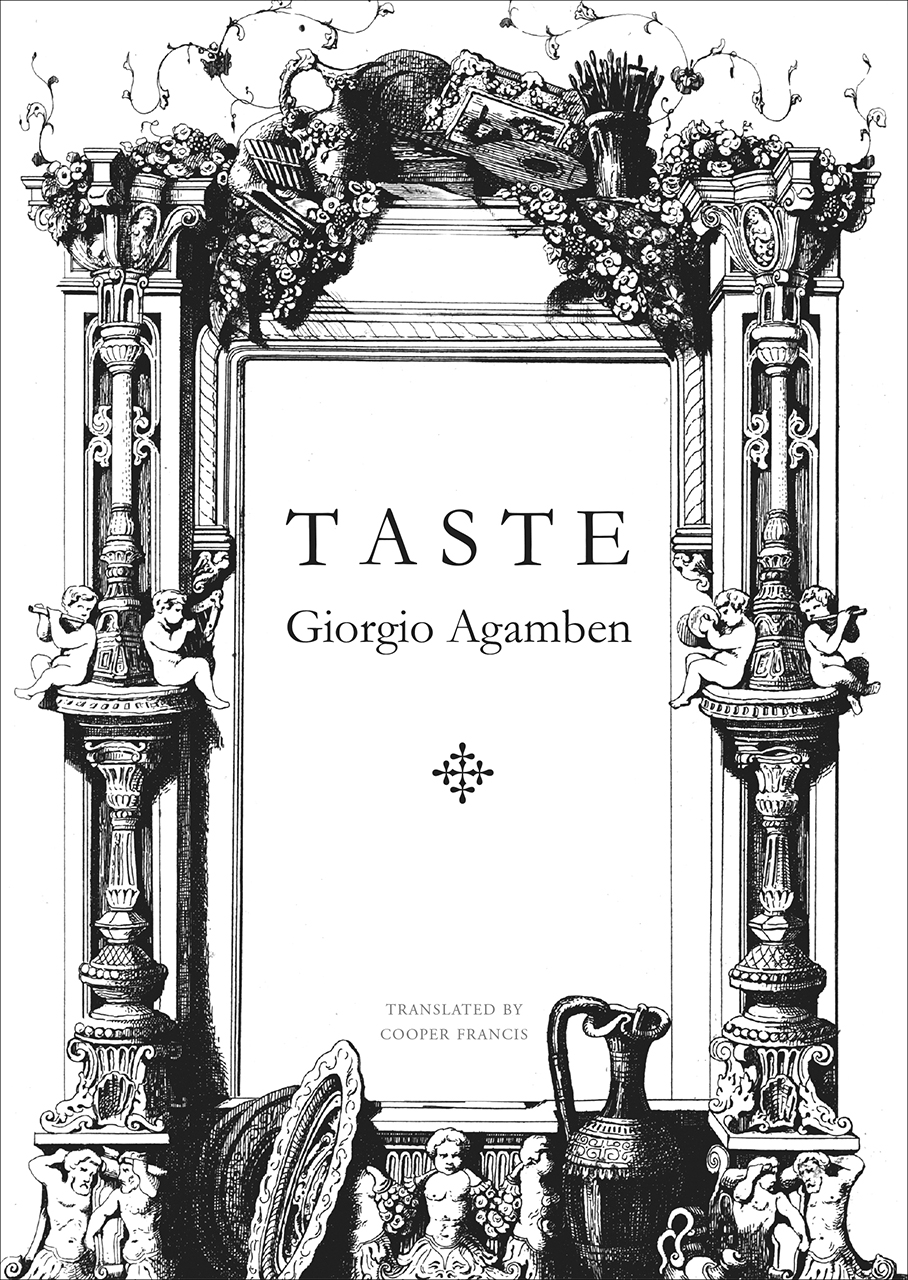 It is commonplace to consider taste as the organ through which we know beauty and enjoy beautiful things. Looking beyond this peaceable façade, the newest translation of Italian philospher Giorgio Agamben's work lays bare the far-from-comforting character of a fault line that irremediably divides the human subject. At the crossroads of truth and beauty, cognition and pleasure, taste appears as a knowledge that is not known and a pleasure that is not enjoyed. From this new vantage point, aesthetics and economics, Homo aestheticus and Homo economicus reveal their secret and uncanny complicity.

With Taste, Agamben takes a step into the history of philosophy, reaching to the very origins of aesthetics, to critically recover the roots of a cardinal concept for Western culture. Agamben is the rare writer whose ideas and works have a broad appeal across many fields, and with Taste he turns his critical eye to the realm of Western art and aesthetics. Originally written in 1979, this essay illuminates a key category in his most recent writings, promising to engage not only the author's readers in philosophy, sociology and literary criticism but also his growing audience among art theorists and historians as well.

‘Agamben’s intuition, chronicle and meditation are fascinating.’ —The Review of Politics

‘In Agamben’s work, one meets a vision that looks deeply into the well of human experience, and perceives there a turbulent and powerful interplay of political and social forces, all serving to shape and constitute—not only the social order and individual subjectivity—but also “life” at its most basic level.’ —Radical Philosophy Review