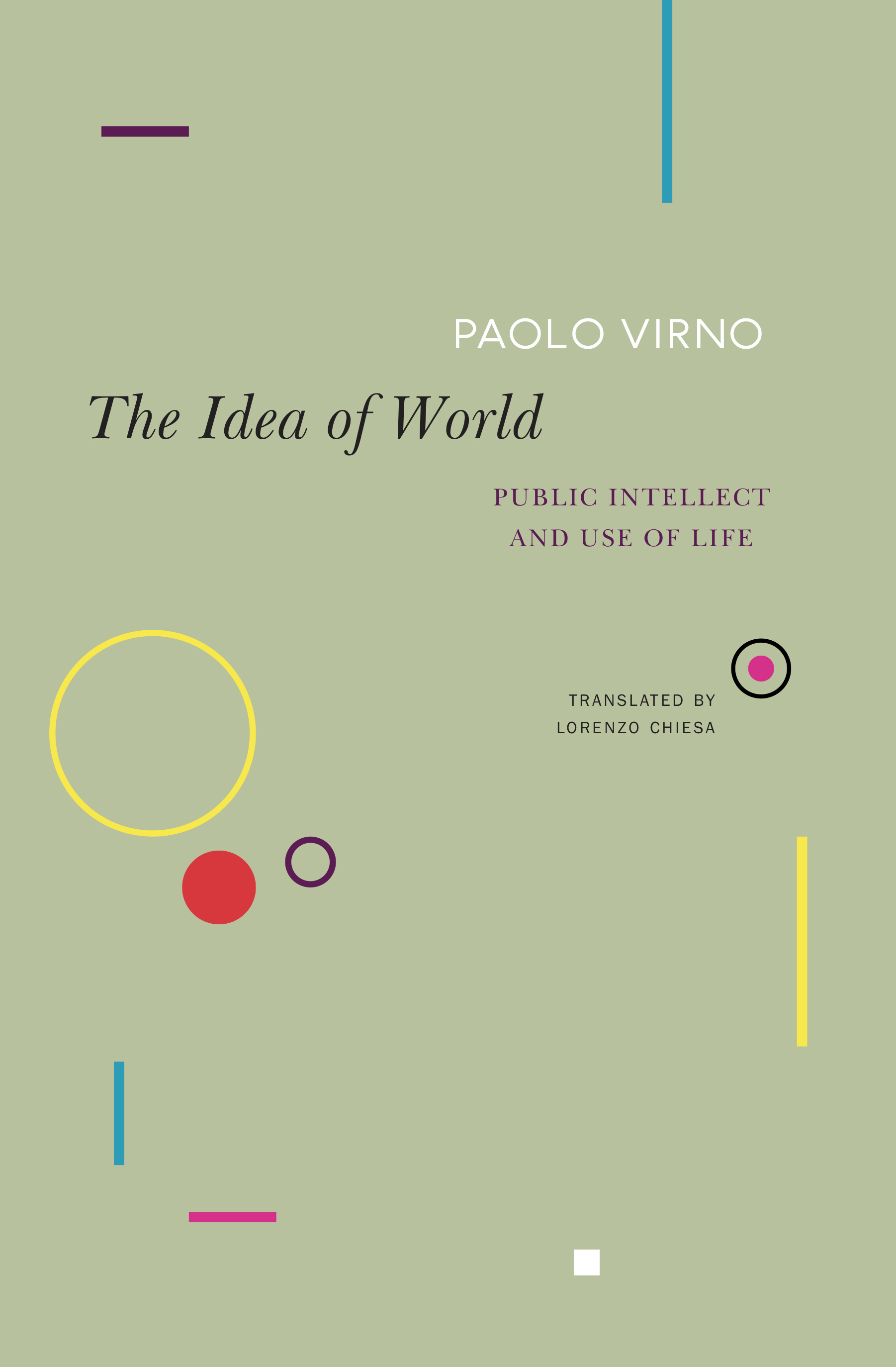 The Idea of World

A philosophical exploration of what capitalistic societies truly mean for the individual.

A short vade mecum for unrepentant materialism, The Idea of World collects three essays by Italian philosopher Paulo Virno that are intricately wrapped around one another. The first essay, ‘Mundanity’, tries to clarify what the term ‘world’, as referred to as the perceptual and historical context of our existence, means—both with and against Kant and Wittgenstein. How should we understand expressions such as ‘worldly people’, ‘the course of the world’, or ‘getting by in this world’? The second, ‘Virtuosity and Revolution’, is a minor political treatise. Virno puts forward a set of concepts capable of confronting the magnetic storm that has knocked out the compasses that every reflection on the public sphere has relied on since the seventeenth century. The third, ‘The Use of Life’, is the shorthand delineation of a research program on the notion of use. What exactly are we doing when we use a hammer, a time span, or an ironic sentence? And, above all, what does the use of the self—of one’s own life, which lies at the basis of all uses—amount to in human existence?

Presenting his ideas in three distinct vignettes, Virno examines how the philosophy of language, anthropology, and political theory are inextricably linked.