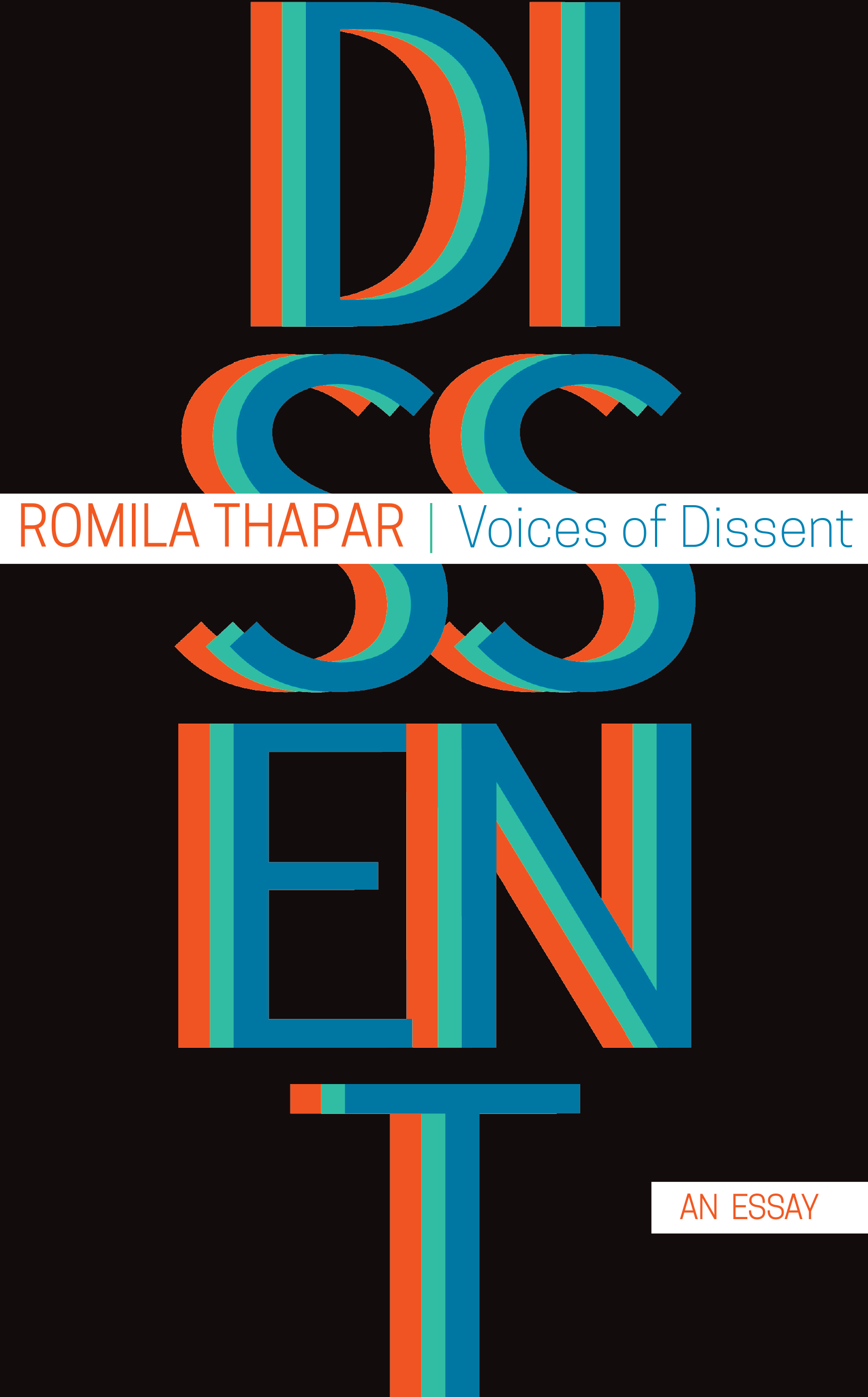 People have disagreed since time immemorial. They have argued or agreed to disagree, or eventually arrived at agreement. All that is part of life, of living. But we live in times when any form of dissent in India is marked as anti-Indian, suggesting that the very concept of dissent has been imported into India from the West. It is an argument made by those who visualize the Indian past as free of blemishes and therefore not requiring dissenting opinions. But as Romila Thapar explores in this timely historical essay, dissent has a long history in the subcontinent, even if its forms have evolved or changed through the centuries.

Thapar looks at the articulation of dissent, focusing on nonviolent forms, that which is so essential to all societies, and relates it to various moments of time and in varying contexts as part of the Indian historical experience. Beginning with Vedic times, she takes us from the second to the first millennium BC, to the emergence of groups that were jointly called the Shramanas—the Jainas, Buddhists, and Ajivikas. Going forward in time she explores the views of some Bhakti sants and others of the fifteenth and sixteenth centuries AD, and brings us to a major moment of dissent that helped to establish a free and democratic India: Mahatma Gandhi’s satyagraha.

In her argument she emphasizes the use of the idiom of religion as reflecting social change, ending with the eventual politicization of religion in the present. She also highlights the public response to particular forms of dissent. She places in context the recent peaceful protests against the Citizenship Amendment Act and National Register of Population in places like Shaheen Bagh, Delhi. Implicit in this is the question of whether or not the idiom of religion is necessary? Thapar maintains that dissent in our time must be audible, distinct, opposed to injustice and supportive of democratic rights. The articulation of dissent and debate through dialogue is what makes of it a movement that changes society for the better.

Written by one of India’s best-known public intellectuals, Voices of Dissent has immense relevance. It is essential reading for anyone who contemplates not only the Indian past but also the direction in which society and the nation is headed.

The book is available with four different covers in variant colours! Choose one when you’re buying from our website!

Read another Excerpt: Romila Thapar on the Intellectual Sources of Gandhi's Satyagraha

‘Dissent, expressed against the state as much as institutional forms of religion, creates traditions of thinking that are always available as a resource. Hence, when Gandhi thinking against colonial violence thinks through the idea of satyagraha, he draws upon a library of dissent with its vocabulary and forms. . . . Thapar does not make an argument for passive inheritance. At each historical juncture, the reimagining of an ethical conception of equality and compassion draws upon a rich vein of dissentient thought. Democracy survives because of dissent. Forms of political and social orthodoxy are contingent; and the battle against them is always ongoing.’—Dilip Menon, India Today. Read the full review here.

‘Where this book shines is in its discussion of how dissent often arises from within cultures, and not from outside, restructuring social relations and enabling mutation of knowledge through the questioning of institutions. . . . The book raises some significant questions, not only for the political establishment but also for dissenters. Does dissent seek resolution of conflict, sharing of power, annihilation of tradition, or merely a recognition of plurality in thought? . . . If dissent gives way to accommodation, is that a win-win situation or a selling out? Can ideological purity coexist with political pragmatism?’—Chintan Girish Modi, Business Standard

‘The book points out that history has always served the function of justifying the present. This is usually done by the people in power who push certain values and ideologies onto our pasts and place the past on a pedestal, all to make history fit their policies. . . . What makes this book of interest to us living in Bangladesh is the fact that it traces the history of dissent from before the subcontinent was divided. This history, therefore, is not just Indian; it is our shared history.’—Daily Star (Dhaka)

Read an excerpt from the book in the Telegraph: Scapegoats are required as a diversion when there is a failure in governance . . .

And another excerpt in the Caravan (behind paywall): Intersecting Sects: On India’s Long Tradition of Dissent

Romlia Thapar speaks to Suchitra Vijayan of the Polis Project in Dispatches, Episode 20

And to Sandip Roy on Indian Express’s Sandip Roy Show: Romila Thapar on dissent in India from Vedic Brahmanism to Shaheen Bagh

A recent interview with the author was published in the Hindu: The Dissent of Shaheen Bagh Was Visible and Non-violent

Read Romila Thapar on Why Dissent is Inevitable in the Daily Star, the leading English daily of Bangladesh