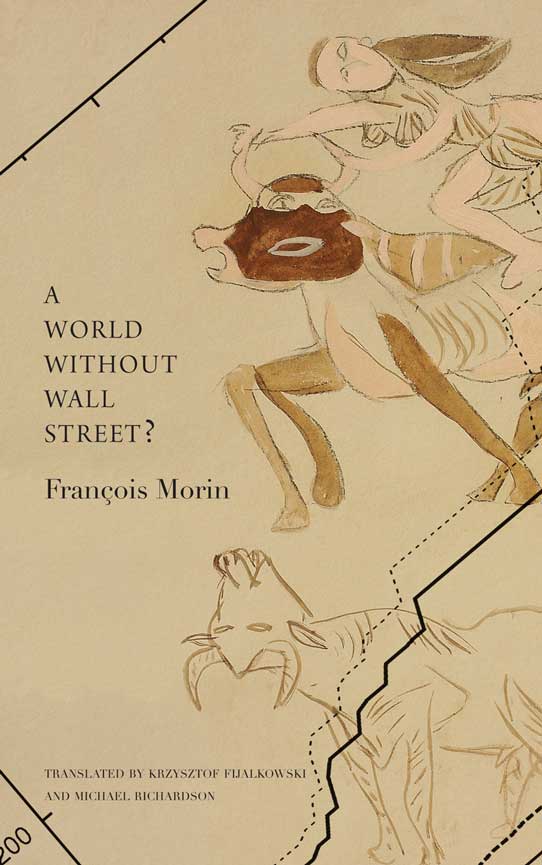 A World Without Wall Street?

Translated by Krzysztof Fijalkowski and Michael Richardson
₹495.00 $25.00
As a new economic recession looms, few experts and even fewer governments have dared to consider a world without the powerful markets that bring on the financial meltdowns. Yet, as François Morin explains in A World Without Wall Street?, this is the very step that needs to be taken as quickly as possible to avoid a perpetual future of dehumanizing working conditions, devastated ecosystems, and the submission of public policies to private interests.
In this insightful and radical take on global finance, Morin recommends nothing less than a revolutionary reconstruction of the international monetary system. More, he recommends that the laws of societies be reformed so that the power of management may be shared among all of the actors involved in production, not concentrated in the hands of the few. This shift, argues Morin, will transform the monetary system into a common good for all of humanity, rich or poor. With Wall Street at the center of the very power structure that needs to be dismantled, Morin takes broad aim at the purely speculative financial games and arcane instruments by which the global economy and its citizens are held captive. In this very timely and provocative book, Morin bravely offers a way forward—instead of simply triaging a hemorrhaging system, he persuasively asks us to consider a subversive reinvention.
ISBN: 9780857420312
Format: Hardback
Publication Year: April 2013
Rights: UCP
Pages: 172
Size: 5" x 8"
Shipping: Shipping rates will be calculated at checkout and will depend on your location.