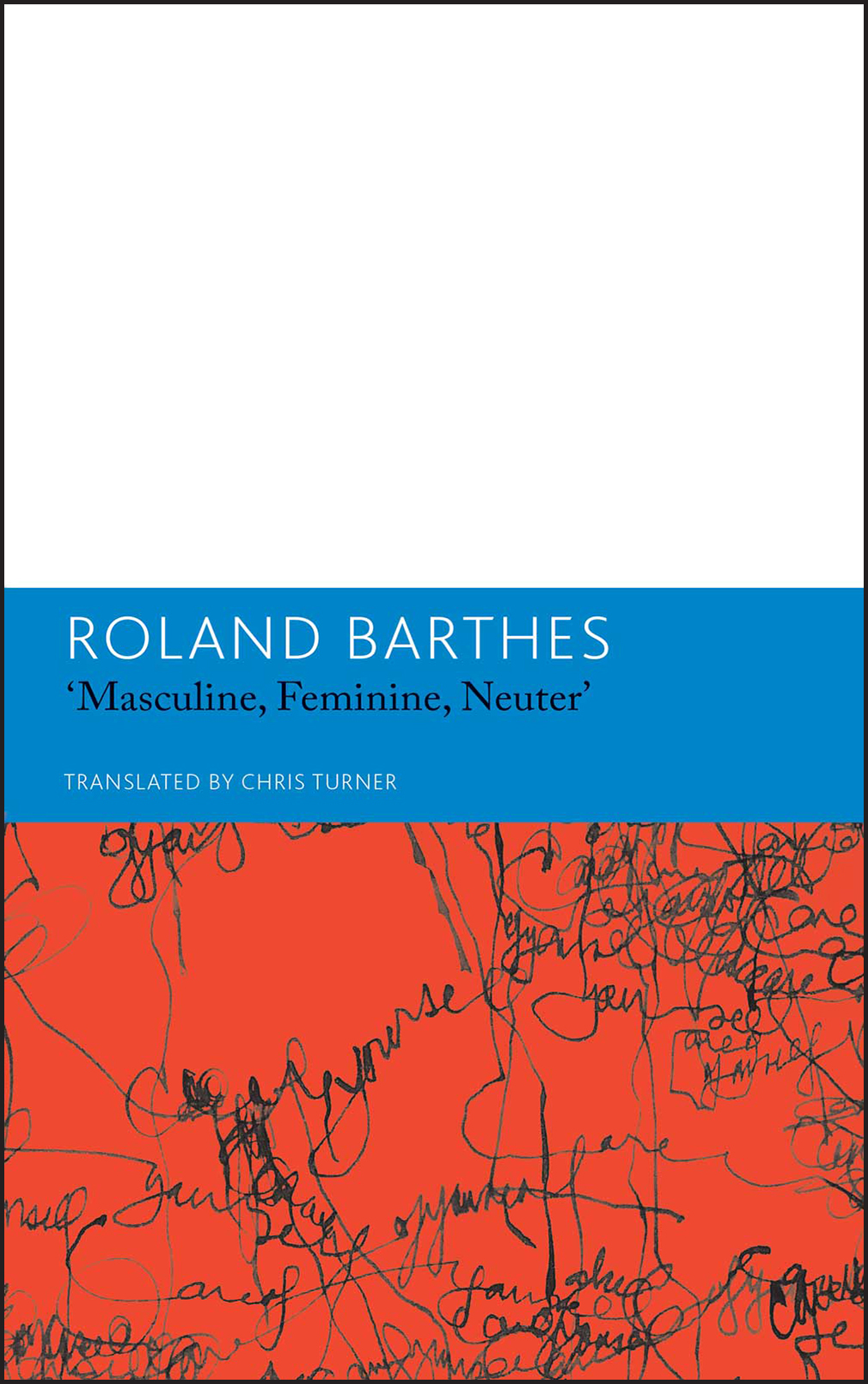 The greater part of Barthes’s published writings have been available to a French audience since 2002, but here, translator Chris Turner presents a collection of essays, interviews, prefaces, book reviews and other journalistic material for the first time in English. ‘Masculine, Feminine, Neuter’, the third in the five-volume series, consists of Barthes’s writing on literature, covering his peers and influences, writers in French and other languages, contemporary and historical writers and world literature. This volume comprises Barthes critical articles and interviews previously unavailable in English.

‘Given the diversity of these pieces in terms of history and content, it is crucial that the translator has made a good job of briefly contextualizing all the pieces and that the translations understand, especially in relation to the gendering that operates in the French language and to some of the more recondite references, that the renderings into English need, periodically, the helping-hand of an attuned and scholarly—that is experienced—editor and translator of Barthes.’ —H-France Review