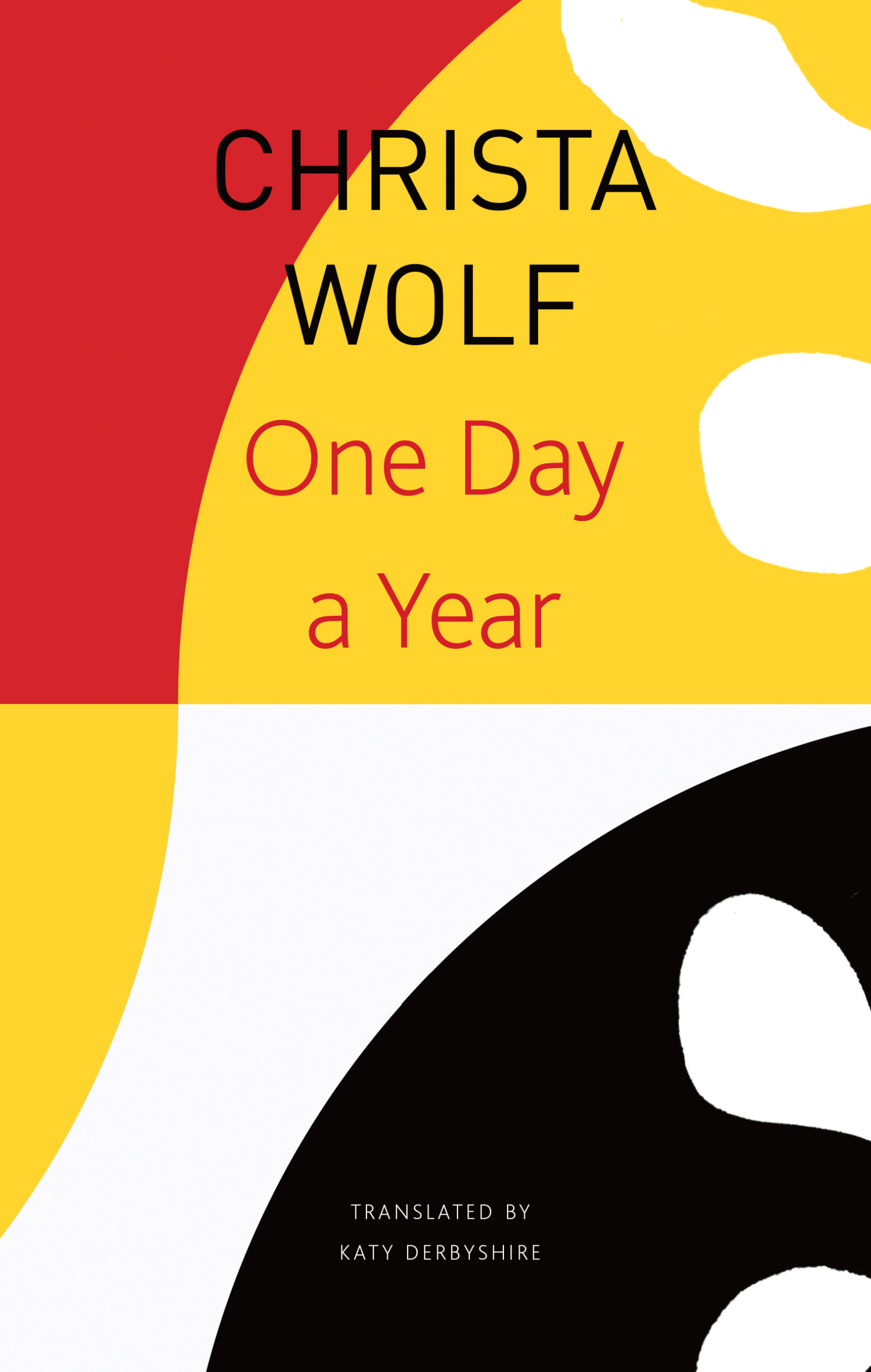 During a 1960 interview, East German writer Christa Wolf was asked a curious question: Would she describe in detail what she did on September 27th? Fascinated by considering the significance of a single day over many years, Wolf began keeping a detailed diary of September 27th, a practice which she carried on for more than fifty years until her death in 2011. The first volume of these notes covered 1960 through 2000 was published to great acclaim more than a decade ago. Now translator Katy Derbyshire is bringing the September 27th collection up to date with One Day a Year—a collection of Wolf’s notes from the last decade of her life.

The book is both a personal record and a unique document of our times. With her characteristic precision and transparency, Wolf examines the interplay of the private, subjective, and major contemporary historical events. She writes about Germany after 9/11, about her work on her last great book City of Angels, and also about her exhausting confrontation with old age. One Day a Year is a compelling and personal glimpse into the life of one of the world’s greatest writers.

‘The diary can be a way of learning to watch yourself, [Christa Wolf] suggests, instead of watching or imagining yourself being watched. It’s can be a way of reaffirming contact with the self—and then, more radically, finding within its enclosure (Julavits’s “folded clock”) a more idiosyncratic, more personal way of marking and possessing time before it has its way with us.’—Parul Sehgal, New York Times Book Review. Read the extensive review here.

‘Brilliant yet deceptively simple formal constraint, as well as a keen eye for the many different facets of existence. She’s able to paint the intimate details of her life against a larger political and intellectual backdrop of which she herself, as the preeminent writer of East Germany, was very much a part. . . . Rather than finely drawn portraits or expertly crafted anecdotes, the precise geometry of the book lends itself to a compelling way of looking at time, a layering of days that are sometimes barely discernible from one another.’—Los Angeles Review of Books