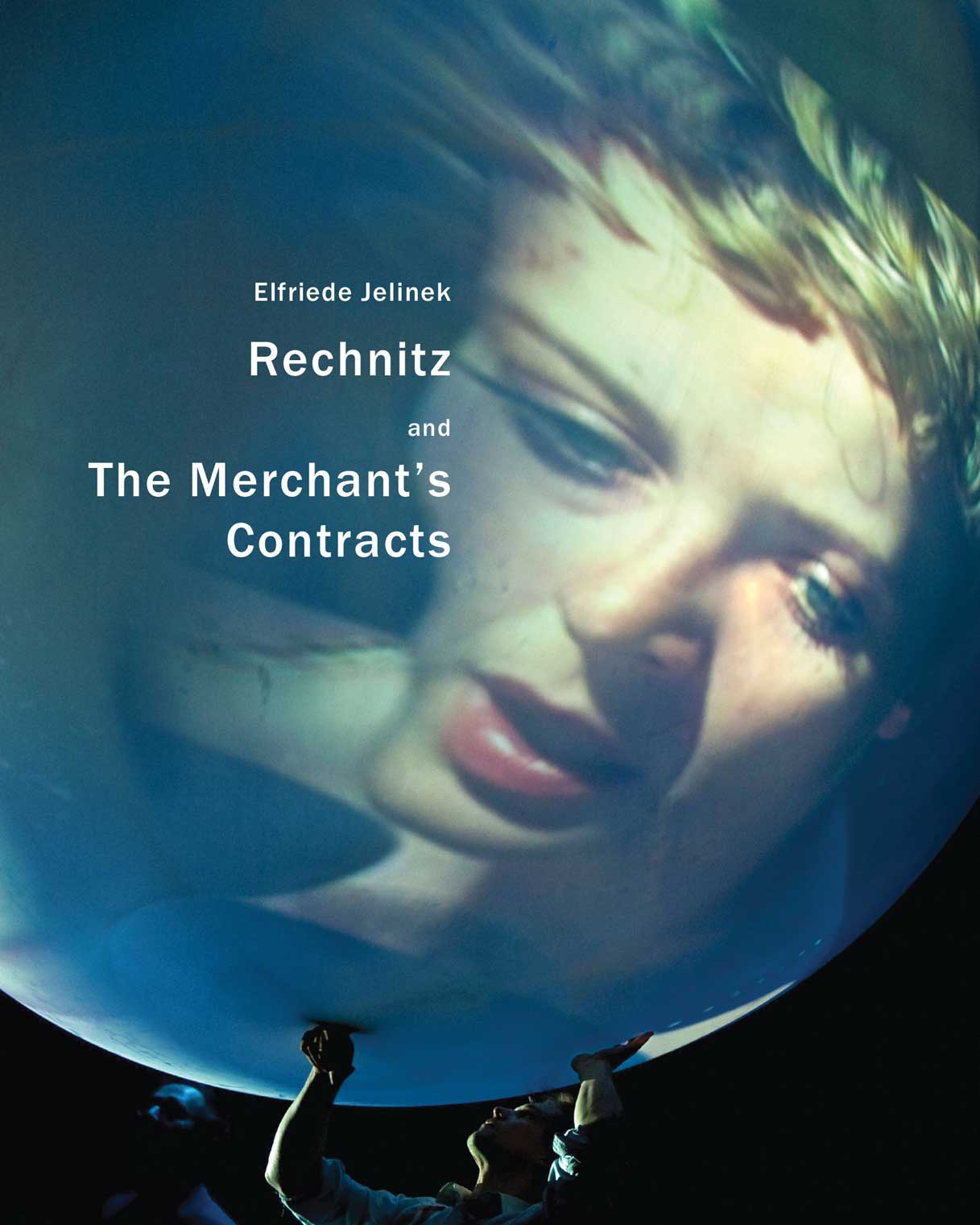 For much of her career, Elfriede Jelinek has been maligned in the press for both her unrelenting critique of Austrian complicity in the Holocaust and her provocative deconstructions of pornography. Despite this, her central role in shaping contemporary literature was finally recognized in 2004 with the award of the Nobel Prize in Literature. The committee acknowledged Jelinek’s groundbreaking work that offers a ‘musical flow of voices and counter-voices in novels and plays that with extraordinary linguistic zeal reveal the absurdity of society’s clichés and their subjugating power.’ Although she is an internationally recognized playwright, Jelinek’s work is difficult to find in English, which makes this new volume, which includes Rechnitz: The Exterminating Angel and The Merchant’s Contracts, all the more valuable.

In Rechnitz, a chorus of messengers reports on the circumstances of the massacre of 180 Jews, an actual historical event that took place near the Austrian/Hungarian border town of Rechnitz. More than a docu-drama, this work explores the very transmission of historic memory and has been called Jelinek’s best performance text to date. In The Merchant’s Contracts, Jelinek brings us a comedy of economics, where the babble and media spin of spectators leave small investors alienated and bearing the brunt of the economic crisis. In the age of the global economy, Jelinek turns the story of a merchant of Vienna into a universal comedy of errors, making this her most accessible work.

Along with an extensive introduction by the translator that both contextualizes and analyses the two brilliant texts, a DVD of performances of both plays accompanies this volume. Available for the first time in English, this is a collection that testifies to the power and universality of Jelinek’s work.

‘In this new publication, the well-experienced Honegger is clearly up to the task, embracing Jelinek’s encouragement to imitate her linguistic ingenuity when word-for-word translations are out of the question—which is almost always [. . .] Toiling through three hundred pages of her impenetrable prose is arguably worthwhile if only to be dazzled by her rhetorical savvy, an unflagging verbal virtuosity that is in equal parts Baroque fugue and West coast hip-hop. It is an art at which Jelinek is virtually without peer.’ —Music & Literature