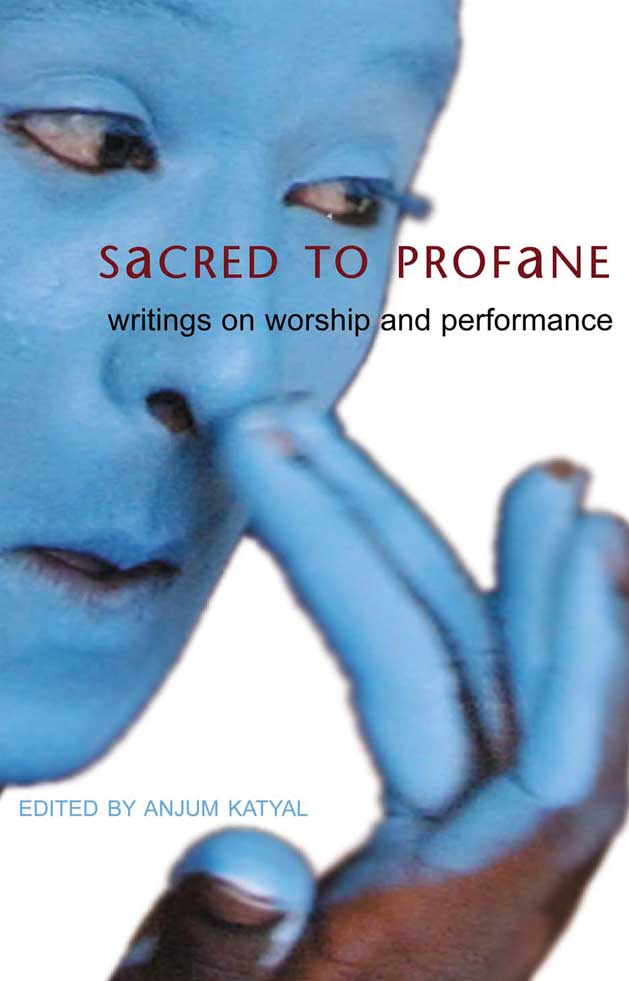 A nineteenth-century mystic in rural Bengal brings a flourish of theatricality to his method for curing the sick in a gruesome cremation ground strewn with bones and half-burnt corpses. An entire town in North India transforms itself into a sacred geography as the divine saga of Rama is performed in its streets, with everyone from the maharaja to the common man and woman turning into both spectator and participant during the month of the Ramlila in Ramnagar. A qawwali performance in a Sufi shrine both skilfully manipulates and gives fervent expression to intense spiritual devotion. An actor takes on the persona of the goddess Sitala in a Calcutta street performance that moves between melodrama and worship. In Tamil Nadu in South India, a traditional sacred performance form learns to adapt to contemporary circumstances.

These essays explore the intricate connections between worship and performance, between the ‘sacred’ and the ‘profane’, between the world of the ‘spirit’ and the world of the audience. In the process they show up the multifaceted, complex layering and overlapping that make any public act of worship simultaneously an act of socio-historical practice.

The introductory essay by cultural studies scholar Sibaji Bandyopadhyay takes us on a roller-coaster ride through historical ideas of the performer and the concept of the profane, stitching together they key themes of the volume. Substantial appendices add valuable source material to the essays, and photographs in each chapter contribute a useful visual context.