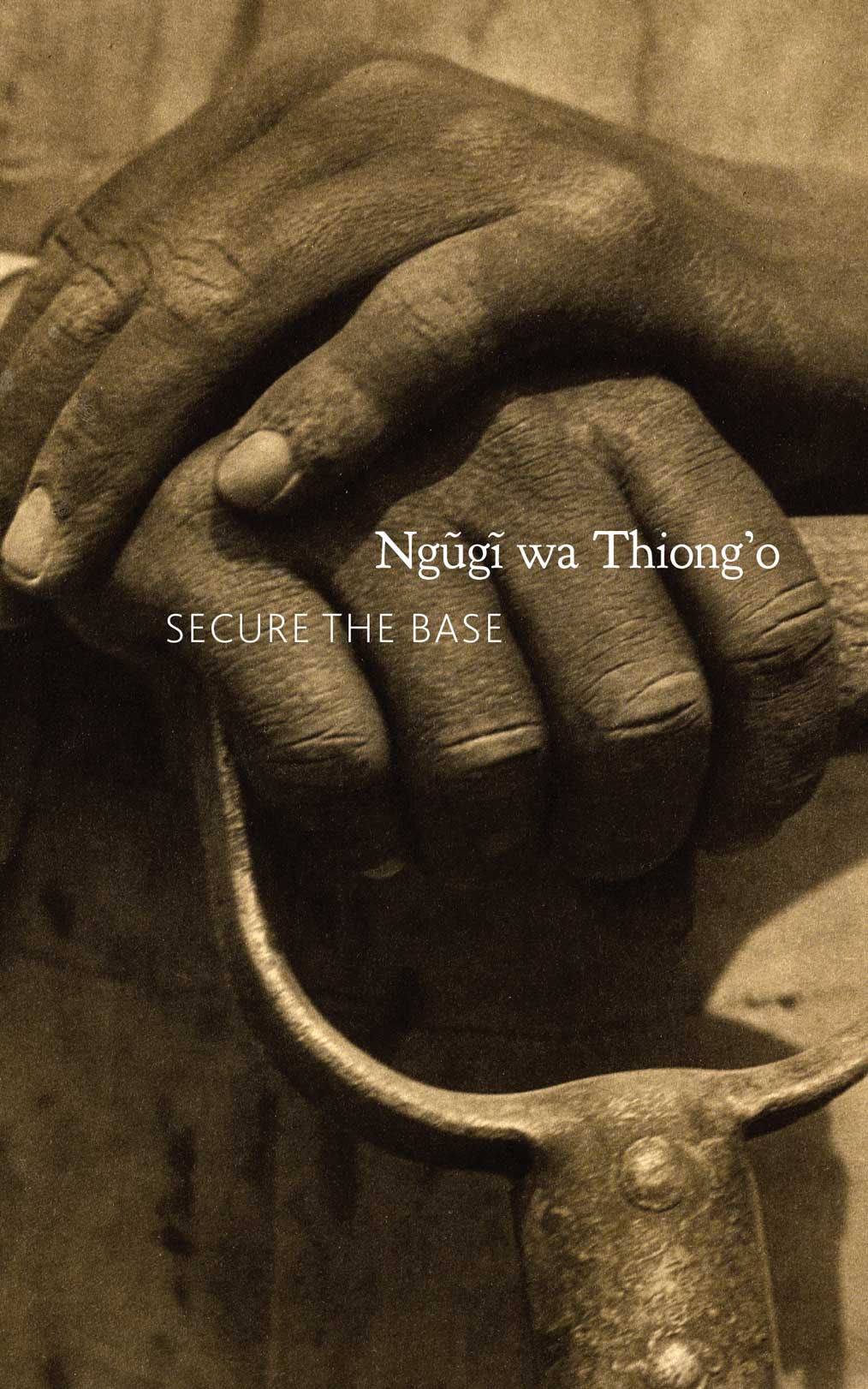 Making Africa Visible in the Globe
Translated by
₹495.00 $25

For more than sixty years, Ngũgĩ wa Thiong’o has been writing fearlessly on the questions, challenges, histories and futures of Africans, particularly those of his homeland, Kenya. In his work, which has included plays, novels, and essays, Ngũgĩ narrates the injustice of colonial violence and the dictatorial betrayal of decolonization, the fight for freedom and subsequent incarceration, and the aspiration toward economic equality in the face of gross inequality. With both hope and disappointment, he questions the role of language in both the organization of power structures and the pursuit of autonomy and self-expression.

Ngũgĩ's fiction has reached wide acclaim, but his nonfictional work, while equally brilliant, is difficult to find. Secure the Base changes this by bringing together for the first time essays spanning nearly three decades. Originating as disparate lectures and texts, this complete volume will remind readers anew of Ngũgĩ's power and importance. Written in a personal and accessible style, the book covers a range of issues, including the role of the intellectual, the place of Asia in Africa, labour and political struggles in an era of rampant capitalism, and the legacies of slavery and prospects for peace. At a time when Africa looms large in our discussions of globalization, Secure the Base is mandatory reading.

‘Secure the Base is full of hidden connections. Born in 1938, Ngũgĩ is one of Africa’s most venerable literary figures. In this short, tightly argued collection of lectures and essays, he writes with the aim of "making Africa visible in the world" by tracing the lattice of political and moral ties that stretch across the globe and back to Africa.’ —The Independent

‘This book does not only add to the fodder of literature in the area of global relations, it is a timely intervention that challenges the status quo and calls attention to alternatives in resetting global relations. But as is mostly the case, those who act on behalf of our nations are not necessarily the ones who read these materials. If only they would, they might be inspired to act—a stitch in time can save nine.’ —African Studies Quarterly

‘Wa Thiong’o is the person many believe should have won [the 2016 Nobel] [. . .] Wa Thing’o’s anger at the British moral hypocrisy is conveyed through characteristically elegant and restrained prose [. . .] Wa Thiong’o’s vision is beautiful and inspiring.’ —Times Literary Supplement

‘Secure the Base consists of nearly thirty years of reflection by one of the most influential African writers of our time. It is a short but dense collection of seven essays, based on some of Ngũgĩ wa Thiong’o’s most thought-provoking lectures. The book tackles a wide range of issues, such as the continued importance of looking into slavery, colonialism, and neocolonialism by tying them to economic dependence and global inequality.’ —African Studies Review