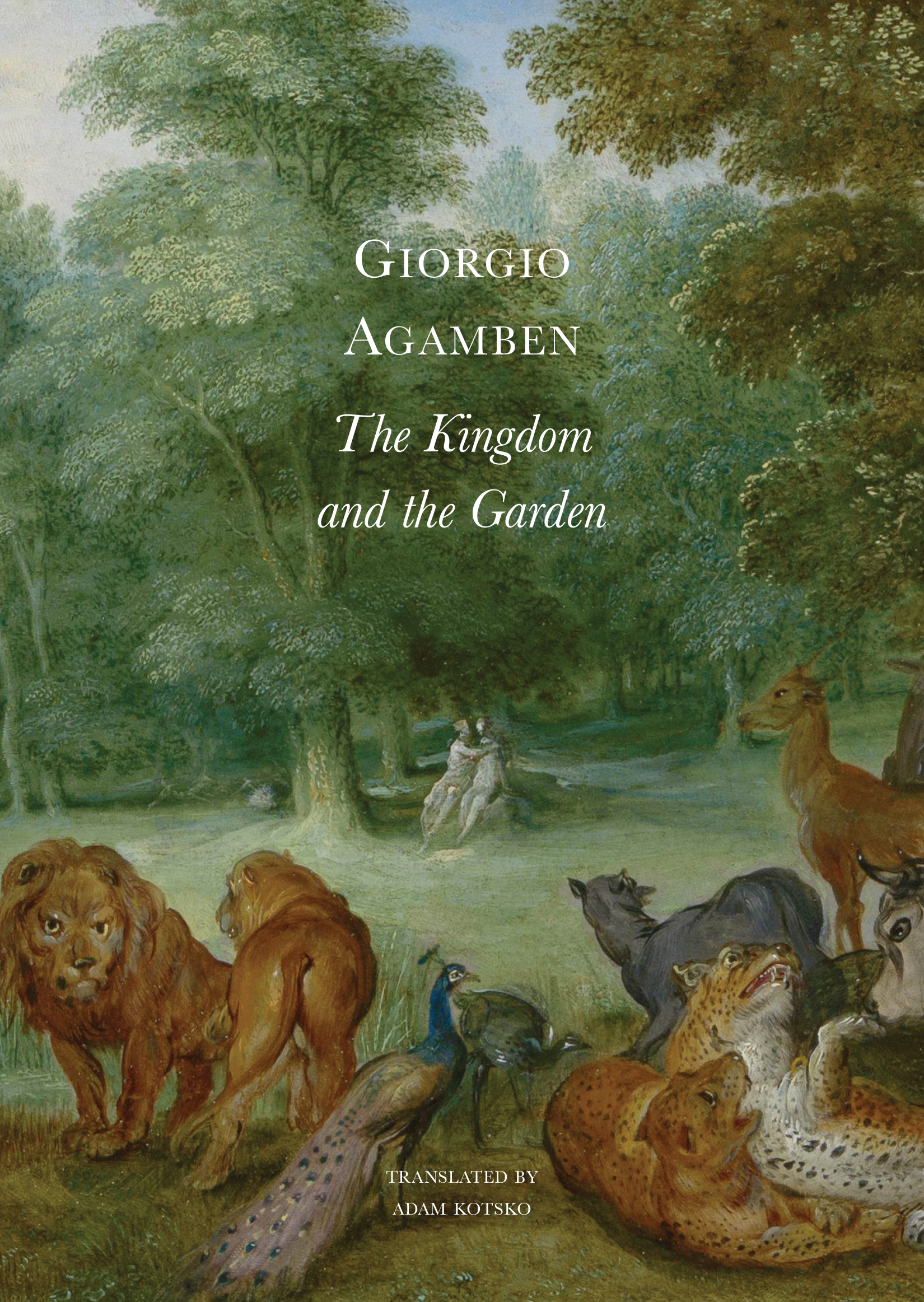 What happened to paradise after Adam and Eve were expelled? The question may sound like a theological quibble, or even a joke, but in The Kingdom and the Garden, Giorgio Agamben uses it as a starting point for an investigation of human nature and the prospects for political transformation. In a tour-de-force reinterpretation of the Christian tradition, Agamben shows that the Garden of Eden has always served as a symbol for humanity’s true nature. Where earlier theologians viewed the expulsion as temporary, Augustine’s doctrine of original sin makes it permanent, reimagining humanity as the paradoxical creature that has been completely alienated from its own nature. From this perspective, there can be no return to paradise, only the hope for the messianic kingdom. Yet there have always been thinkers who rebelled against this idea, and Agamben highlights two major examples. The first is the early medieval philosopher John Scotus Eriugena, who argued for a radical unity of humanity with all living things. The second is Dante, whose vision of the earthly paradise points towards the possibility of a genuine human happiness in this world. In place of the messianic kingdom, which has provided the model for modern revolutionary movements, Agamben contends that we should place our hopes for political change in a return to our origins, by reclaiming the earthly paradise.

‘By means of a meticulously researched argument, Agamben presents a genealogy of the shifting understanding of Christian paradise and its impact on the conception of human nature. Because Agamben has indisputably achieved the status of one of the major philosophers of the 21st century, this slim, focused volume has interest beyond its explicit topic. . . . Highly recommended.’—S. Barnett, Choice

Read translator Adam Kotsko’s essay on ‘How to Read Agamben’ in the Los Angeles Review of Books.

‘In Agamben’s work, one meets a vision that looks deeply into the well of human experience, and perceives there a turbulent and powerful interplay of political and social forces, all serving to shape and constitute—not only the social order and individual subjectivity—but also “life” at its most basic level.’—Radical Philosophy Review

‘The impact of Agamben’s thought . . . has been immense not merely in the field of continental philosophy but also in political and legal theory, sociology, and in literary and cultural studies.’—Continental Philosophy