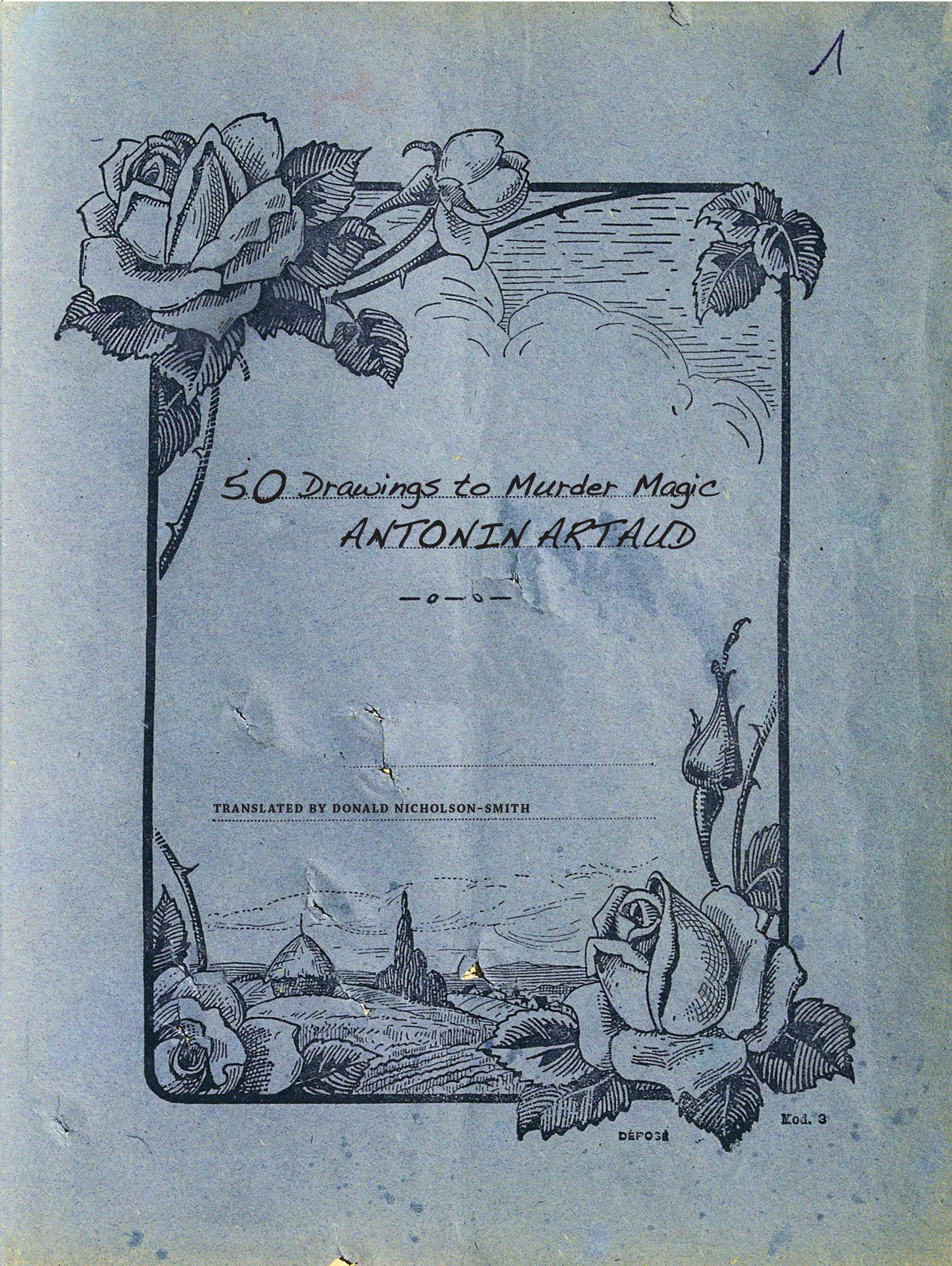 A poet, philosopher, essayist, playwright, actor and director, Antonin Artaud was a visionary writer and a major influence within and beyond the French avant-garde. A key text for understanding his thought and his appeal, 50 Drawings to Murder Magic is rooted in the nine years Artaud spent in mental asylums, struggling with schizophrenia and the demonic, persecutory visions it unleashed. Set down in a dozen exercise books written between 1946 and 1948, these pieces trace Artaud’s struggle to escape a personal hell that extends far beyond the walls of asylums and the dark magicians he believed ran them.

The first eleven notebooks are filled with fragments of writing and extraordinary sketches: totemic figures, pierced bodies, and enigmatic machines, some revealing the marks of a trembling hand, others carefully built up from firm, forceful pencil strokes. The twelfth notebook, completed two months before Artaud’s death in 1948, changes course: it’s an extraordinary text on the loss of magic to the demonic—the piece that gives the book its title.

‘Artaud matters,’ wrote John Simon in the Saturday Review years ago. More than seventy years after his death, that remains true—perhaps more than ever.

‘Artaud may have imagined that is drawings murdered magic, but his accompanying text indicates that the magic he believed to be the mediation between artist and audience was alive right to the end.’—J. M. Schreiber, roughghosts. Read the full review here.

‘The easy observation about Antonin Artaud’s drawings . . . is that they are sometimes artful in the intuitive way of the untutored artist. But this denies what is most significant about them, namely that they’re not really like other art. . . . Visionary writer, poet, creator of the Theater of Cruelty, director, actor, critic and madman, Artaud drew as a form of therapy while he was a patient in French psychiatric hospitals in the late 1930s and the 40s. The drawings, along with the floodtide of letters, essays and diaristic writings that seemed to pour forth from him until his death in 1948, functioned for Artaud as exorcisms. They were inseparable from his suffering, fragments of a pathology, and attempts, as he put it, “to get out of hell.”’—New York Times. Read the full review of the 1996 exhibition Antonin Artaud: Works on Paper at MoMA, New York, here. 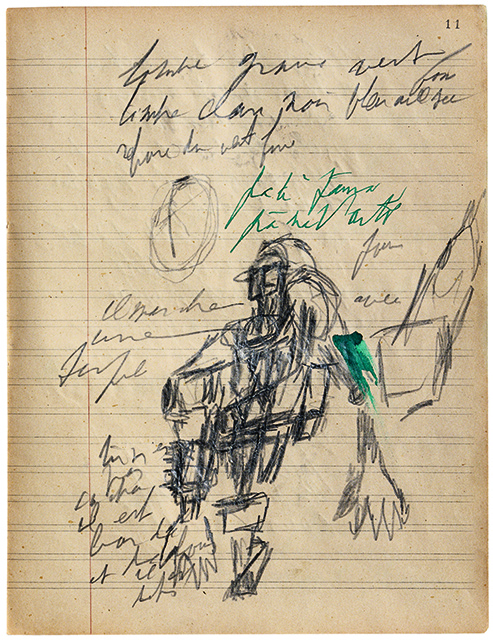 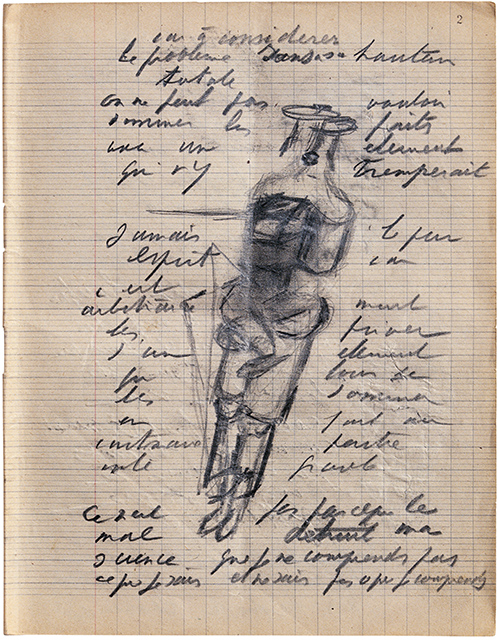 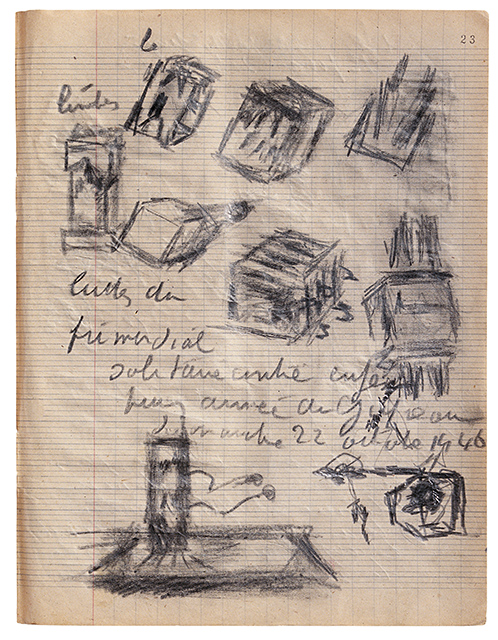 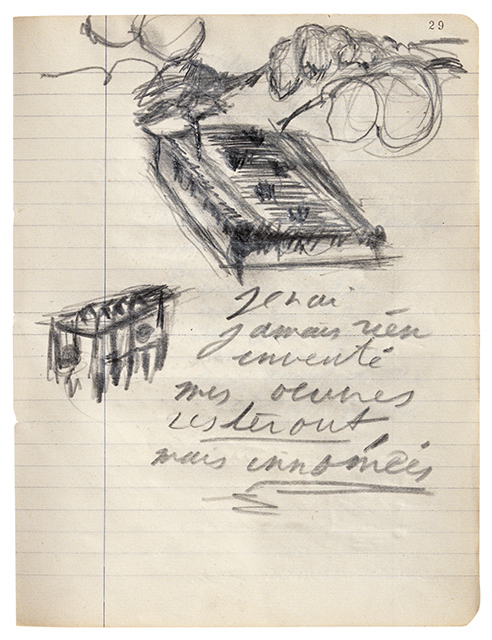 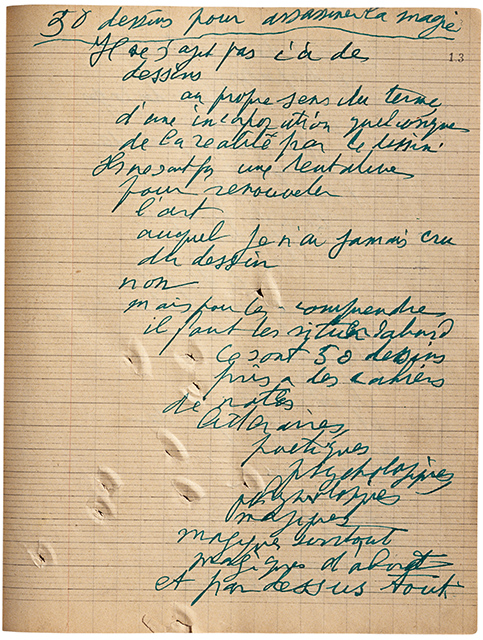 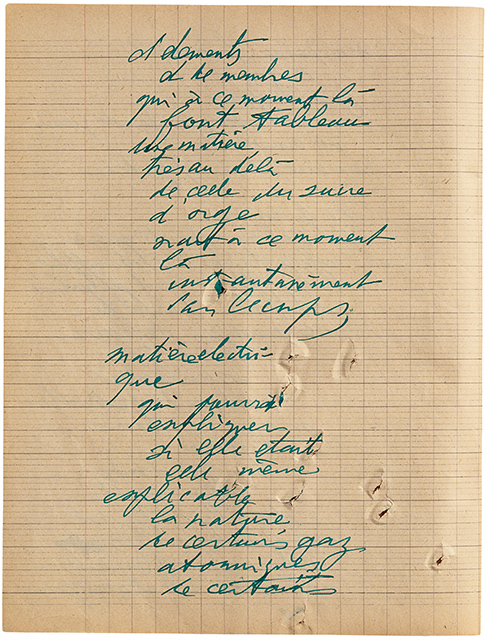 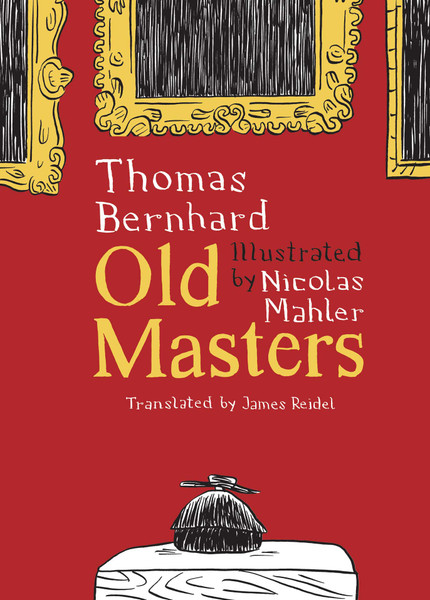 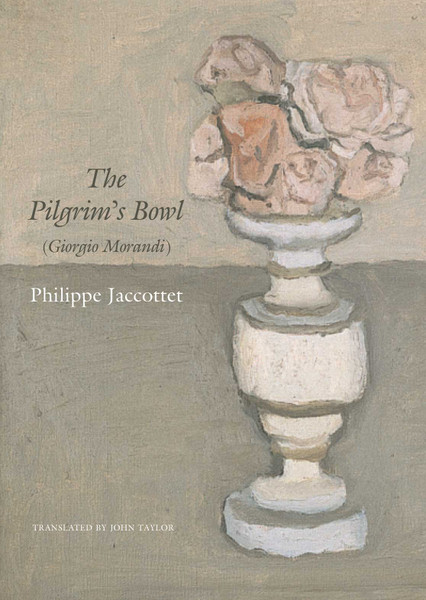 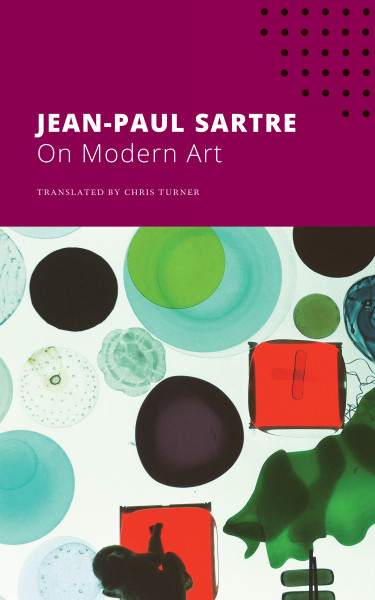