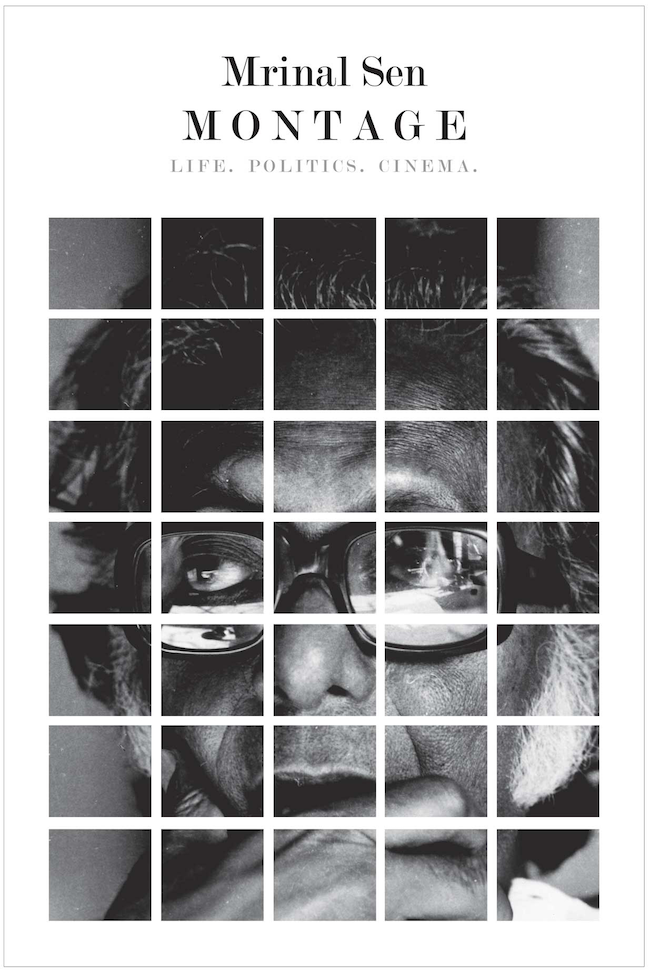 One of the greatest ambassadors of Indian cinema on the global stage, Mrinal Sen has always seen his life and work as part of the social and political fabric of his time. Considered the enfant terrible of Indian cinema when he broke on the scene in the 1960s and ’70s, Sen today is known for his films that capture moments of truth in the ordinary lives of ordinary people. His masterfully subtle and nuanced portraits of urban class tension, leftist politics and the city of Calcutta itself—which Sen has called his El Dorado—set his cinema apart from that of his contemporaries.

Montage encapsulates half a century of filmmaking. A first-of-its-kind anthology, it includes original writings—memoirs, letters, musings on politics, literature, theatre and cinema; critiques of contemporaries such as Satyajit Ray and Ritwik Ghatak, as well as inspirations such as Charlie Chaplin and a host of international filmmakers, especially those from Latin America—and intensive interviews with scholars and critics. The result is a unique montage, revealing both the filmmaker and the man, mapping a unique creative landscape and offering valuable insights into his acclaimed films.