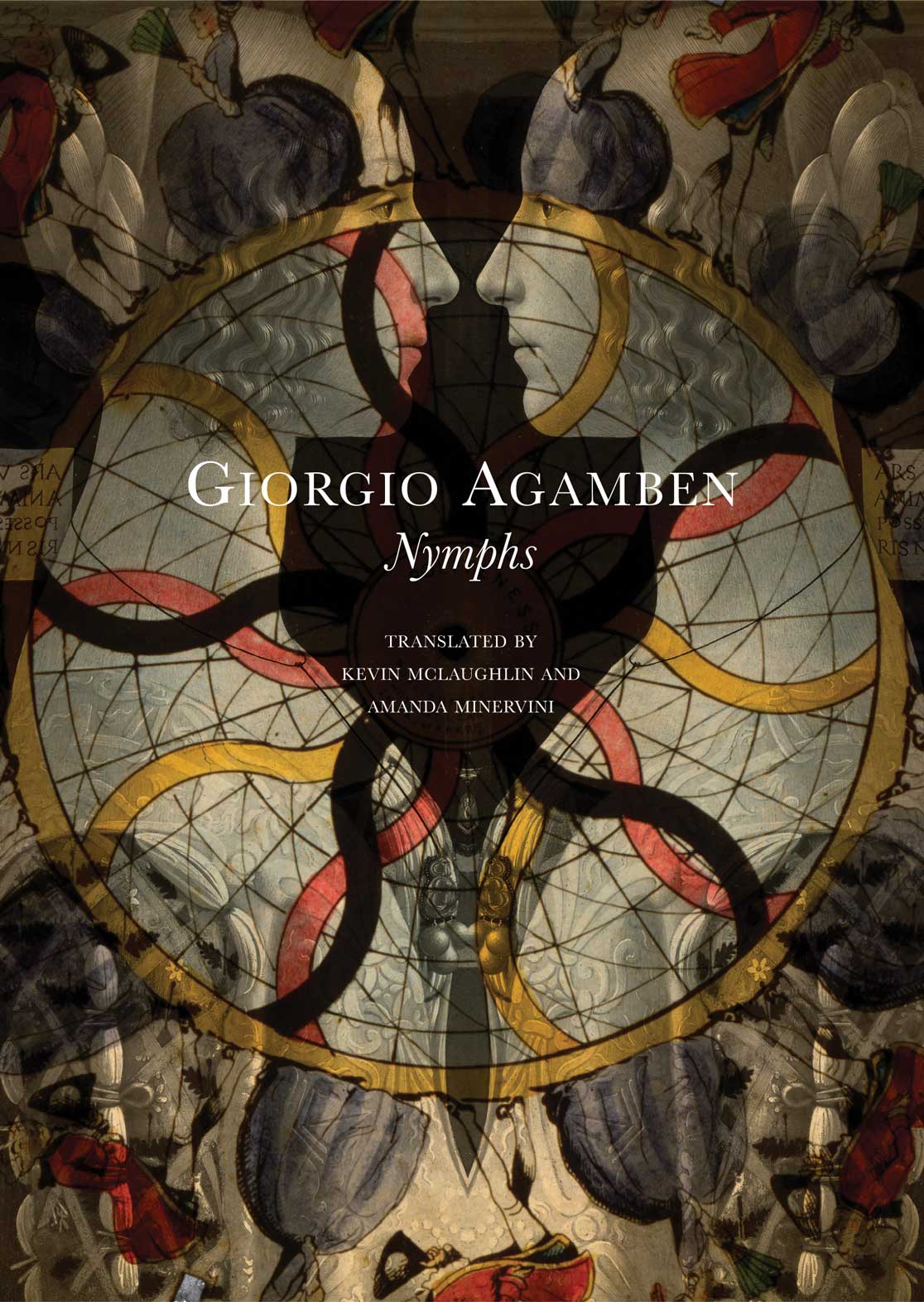 Translated by Amanda Minervini
₹295.00 $20.00
In 1900, art historians André Jolles and Aby Warburg constructed an experimental dialogue in which Jolles supposed he had fallen in love with the figure of a young woman in a painting: “A fantastic figure—shall I call her a servant girl, or rather a classical nymph?…what is the meaning of it all?…Who is the nymph? Where does she come from?” Warburg’s response: “in essence she is an elemental spirit, a pagan goddess in exile,” serves as the touchstone for this wide-ranging and theoretical exploration of female representation in iconography.
In Nymphs, the newest translation of Italian philosopher Giorgio Agamben’s work, the author notes that academic research has lingered on the “pagan goddess,” while the concept of “elemental spirit,” ignored by scholars, is vital to the history of iconography. Tracing the genealogy of this idea, Agamben goes on to examine subjects as diverse as the aesthetic theories of choreographer Domineco da Piacenza, Friedrich Theodor Vischer’s essay on the “symbol,” Walter Benjamin’s concept of the dialectic image, and the bizarre discoveries of photographer Nathan Lerner in 1972. From these investigations, there emerges a startlingly original exploration of the ideas of time and the image.
Agamben is the rare writer whose ideas and works have a broad appeal across many fields, and Nymphs will engage not only the author’s devoted fans in philosophy, legal theory, sociology, and literary criticism, but his growing audience among art theorists and historians as well.

‘Agamben’s core argument is concise, although his discussion ranges far and wide over authors and disciplines, from a discussion of a work by the video artist Bill Viola to comments on an essay on the poetics of dance by Domenico da Piaccnza (mid-fifteenth century) and discussions of Aby Warburg and his seminal notion of Pathosformel; from discussions of a vast, “bizarre” unpublished manuscript by an otherwise unknown Chicago recluse, via comments on Walter Benjamin (of whom Agamben is an important interpreter) and his notion of dialectic at a standstill, to discussions of Theodore Adorno, Giovanni Boccaccio (who says: ‘It is quite true that they [nymphs] are all female, but they don’t piss’), Giordano Bruno and more. Agamben’s scope will make your head spin.’ —Classical Journal