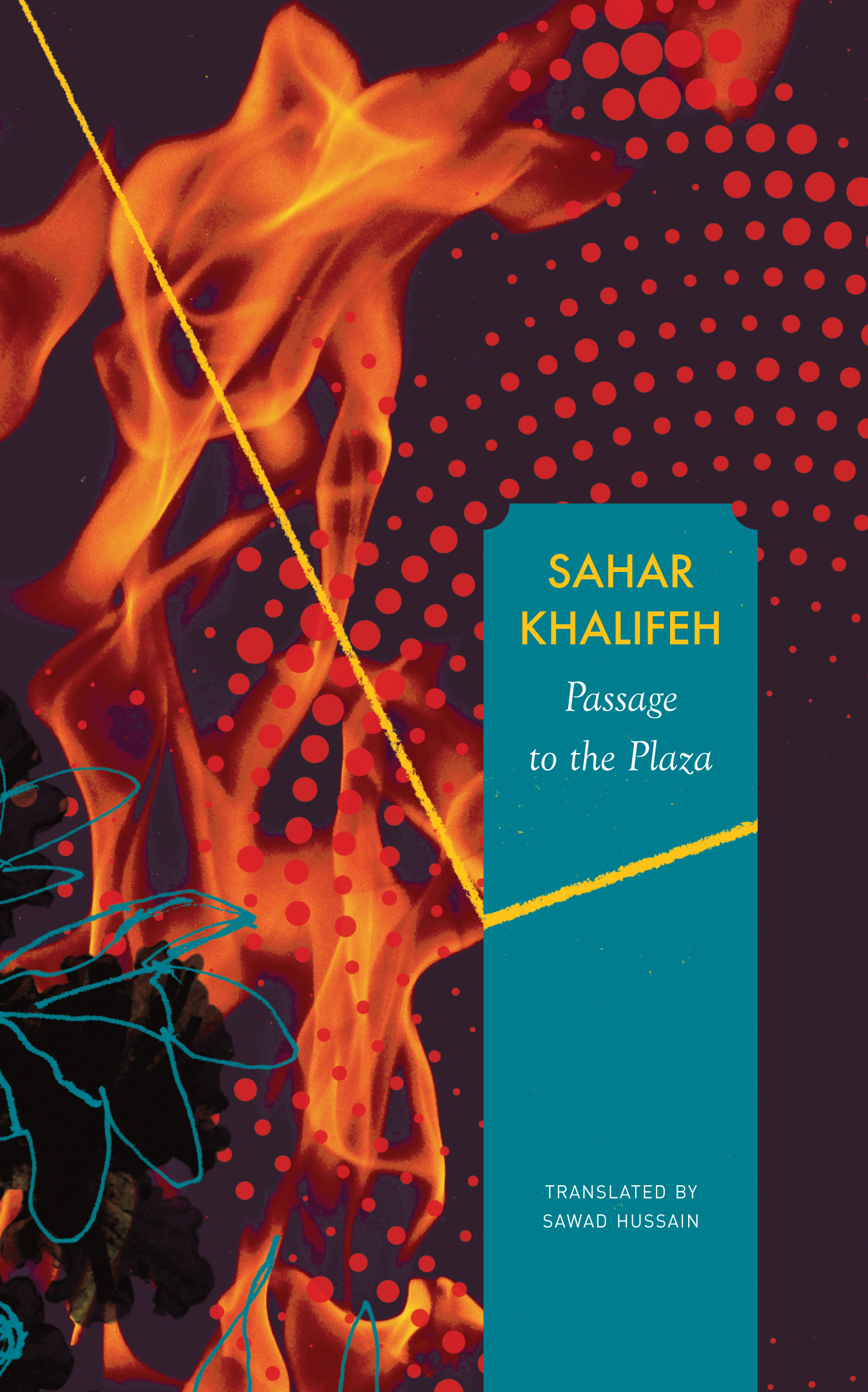 Shortlisted for the Palestine Book Award 2020

In Bab Al-Saha, a quarter of Nablus, Palestine, sits a house of ill-repute. In it lives Nuzha, a young woman ostracized from and shamed by her community. When the Intifada breaks out, Nuzha’s abode unexpectedly becomes a sanctuary for those in the quarter: Hussam, an injured resistance fighter; Samar, a university researcher exploring the impact of the Intifada on women’s lives; and Sitt Zakia, the pious midwife.

In the furnace of conflict at the heart of the 1987 Intifada, notions of freedom, love, respectability, nationhood, the rights of women and Palestinian identity—both among the reluctant residents of the house and the inhabitants of the quarter at large—will be melted and re-forged. Vividly recounted through the eyes of its female protagonists, Passage to the Plaza is a ground-breaking story that shatters the myth of a uniform gendered experience of conflict.

Read an excerpt from the novel here.

‘Passage to the Plaza . . . appeared in 1990, emerging from Khalifeh’s immediate reactions to the Intifada. Drawn with rapid strokes, the novel’s broader action is clear enough—The Israelis sweep into the quarter, erecting blockages and walls which the inhabitants knock down. The walls go higher and thicker, the resistance to them intensifies. Palestinians and Israelis die and are injured. Although Khalifeh isn’t invested in either extended action scenes or visual depth, there is plenty of tension. The young Palestinian men, some striking back, some hiding in the mountains, are regarded as heroes. But in Khalifeh’s work, the striving for women’s emancipation from patriarchal domination runs in parallel with the desire for Palestinian freedom. . . . In the fight for freedom, Khalifeh has insisted in all six of her novels that liberation must comprise more than just wresting free of the Israelis.’—Ron Slate, On the Seawall. Read the review here.

‘Passage to the Plaza does not yield to traditional narratives of nation and rebellion which show freedom fighters in all their glory, wielding weapons and roaring their way into combat. Instead, Sahar Khalifeh's novel is set in the realm of women, showcasing not just their experiences of oppression, but also how they take part, fight, rebel and hold down the fort.’—Sumaiyya Naseem, The New Arab.

‘Khalifeh’s careful storytelling is provocative as she explores the bounds of homelessness in a general context and how survival plays its part within that realm. Her characters lead complicated lives, intertwined with social politics they cannot escape. Some are more tainted than others; her younger characters still see hope in the future. Their resistance is here to stay as they continue to fight for the land and for the people who have died for Palestine.’—Manal Shakir, Arab News. Read the review here.

‘Many of the Palestinian fictions written in the ’60s, ’70s and ’80s focussed, in the words of Gazan novelist Atef Abu Saif, on “national issues and values”, such that, “peculiarities of individuals were glossed over in favour of humanitarian causes.” Khalifeh’s novel, by contrast, is all about less-than-heroic individuals, elevating them above national issues with compassion and humour. . . . It is a delight to read this fast-paced, theatrical, witty novel in English translation while the original is marking its 30th anniversary. Rather than feeling out of date, Passage to the Plaza reflects the past while also speaking directly to the present.’—Marcia Lynx Qualey, Qantara. Read the review here.