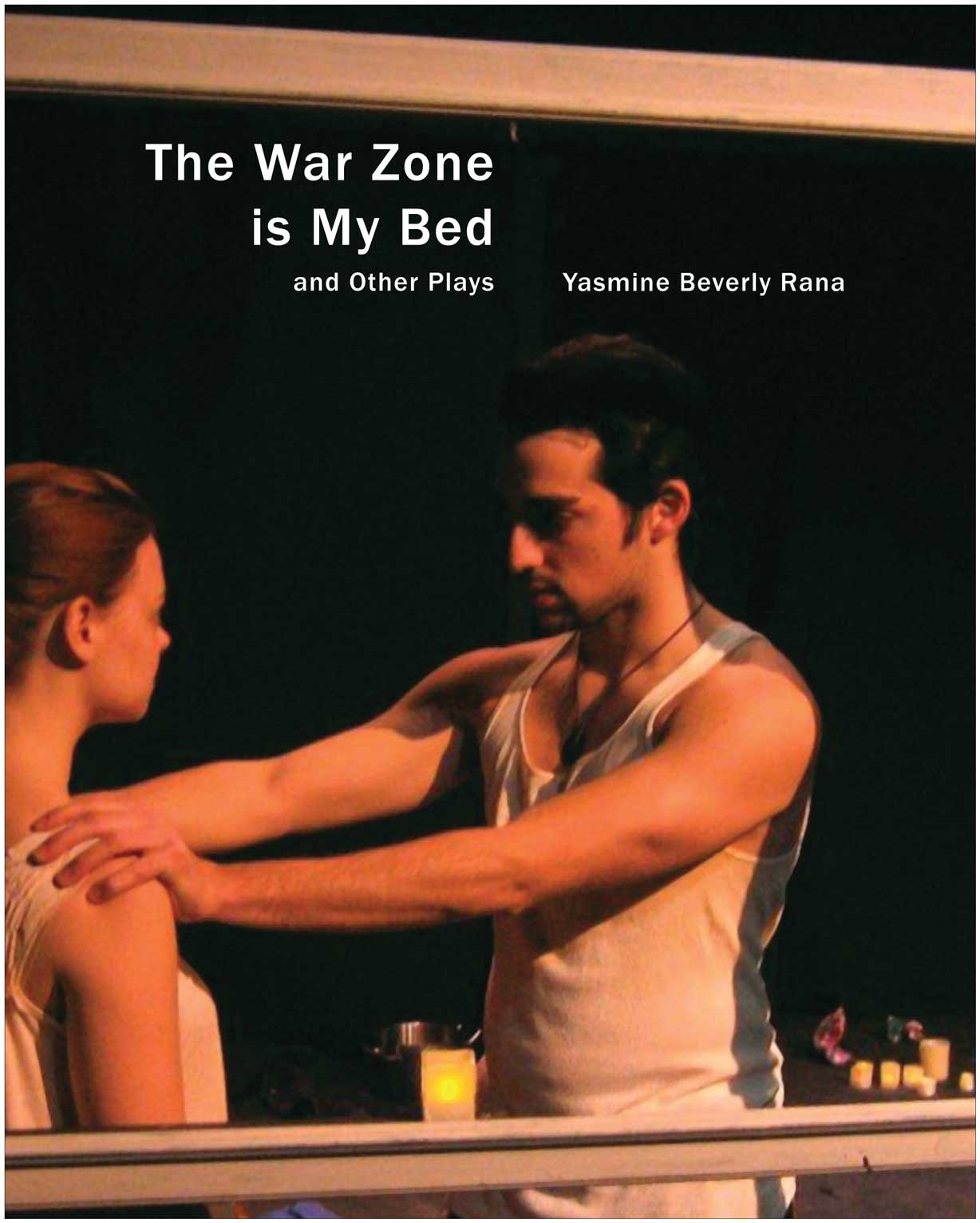 Yasmine Beverly Rana’s The War Zone Is My Bed and Other Plays follows journeys of spiritual destruction and redemption from the banks of the Mississippi River and the fallen levees of New Orleans to the conflict-ravaged streets of Sarajevo and Kabul. The  characters in Rana’s politically charged and moving plays attempt to seek and sustain love in violent circumstances.

In the title play, The War Zone Is My Bed, a prostitute from Kabul and a journalist from Bosnia stumble through a maze of brutality to find solace within each other. In Blood Sky a traumatic event is triggered by a mysterious, animalistic call. Also collected here are Returning, in which a photographer from Sarajevo is torn between his role as an artist and victim of war and Paradise, where, as the Mississippi River rises, two lovers who are also illegal immigrants, debate whether they should stay in New Orleans and risk their lives or flee—and, thereby reveal their illegal status.

The War Zone Is My Bed presents the topical and intense plays of one of the most interesting new voices in American theater.