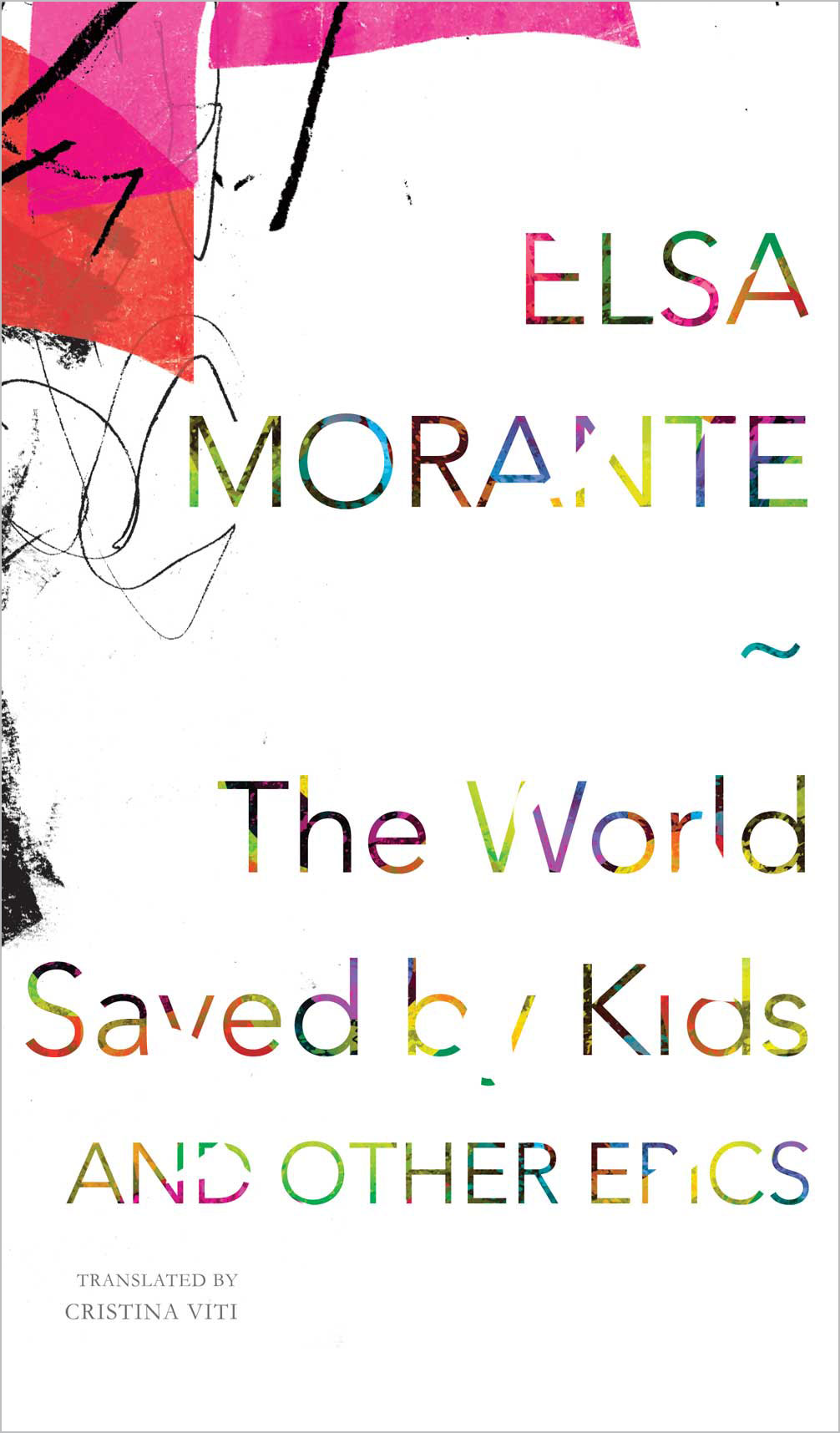 and Other Epics
Translated by Cristina Viti
₹550.00 $27.50
Shortlisted for the John Florio Prize, 2018
First published in Italian in 1968, The World Saved by Kids was written in the aftermath of deep personal change and in the context of what Elsa Morante called the ‘great youth movement exploding against the funereal machinations of the organized contemporary world.’ Morante believed that it was only the youth who could truly hear her revolutionary call. With the fiftieth anniversary of the tumultuous events of 1968 approaching, there couldn’t be a more timely moment for this first English translation of Morante’s work to appear.

Greeted by Antonio Porta as one of the most important books of its decade, The World Saved by Kids showcases Morante’s true mastery of tone, rhythm, and imagery as she works elegy, parody, storytelling, song, and more into an act of linguistic magic through which Gramsci and Rimbaud, Christ and Antigone, Mozart and Simone Weil, and a host of other figures join the sassy, vulnerable neighborhood kids in a renewal of the word’s timeless, revolutionary power to explore and celebrate life’s insoluble paradox.

Morante gained international recognition and critical acclaim for her novels History, Arturo’s Island, and Aracoeli, and The World Saved By Kids may be her best book and the one that most closely represents her spirit.

Read and extensive review of Elsa Morante’s work, including The World Saved by Kids, in the London Review of Books

‘A political manifesto written by the grace of the story, with humour, with joy.’—Pier Paolo Pasolini

‘Contains poems that are visionary and hallucinatory [ . . . ]. The cycle shifts over time and space with cinematic bravado, from autobiographical to universal via the historical, through invented pasts and imagined futures [. . .] this translation is a tour de force and we should thank Viti for bringing to our attention a work, considered by many (including Pasolini) to be Elsa Morante’s masterpiece.’—Caroline Maldonado, London Grip