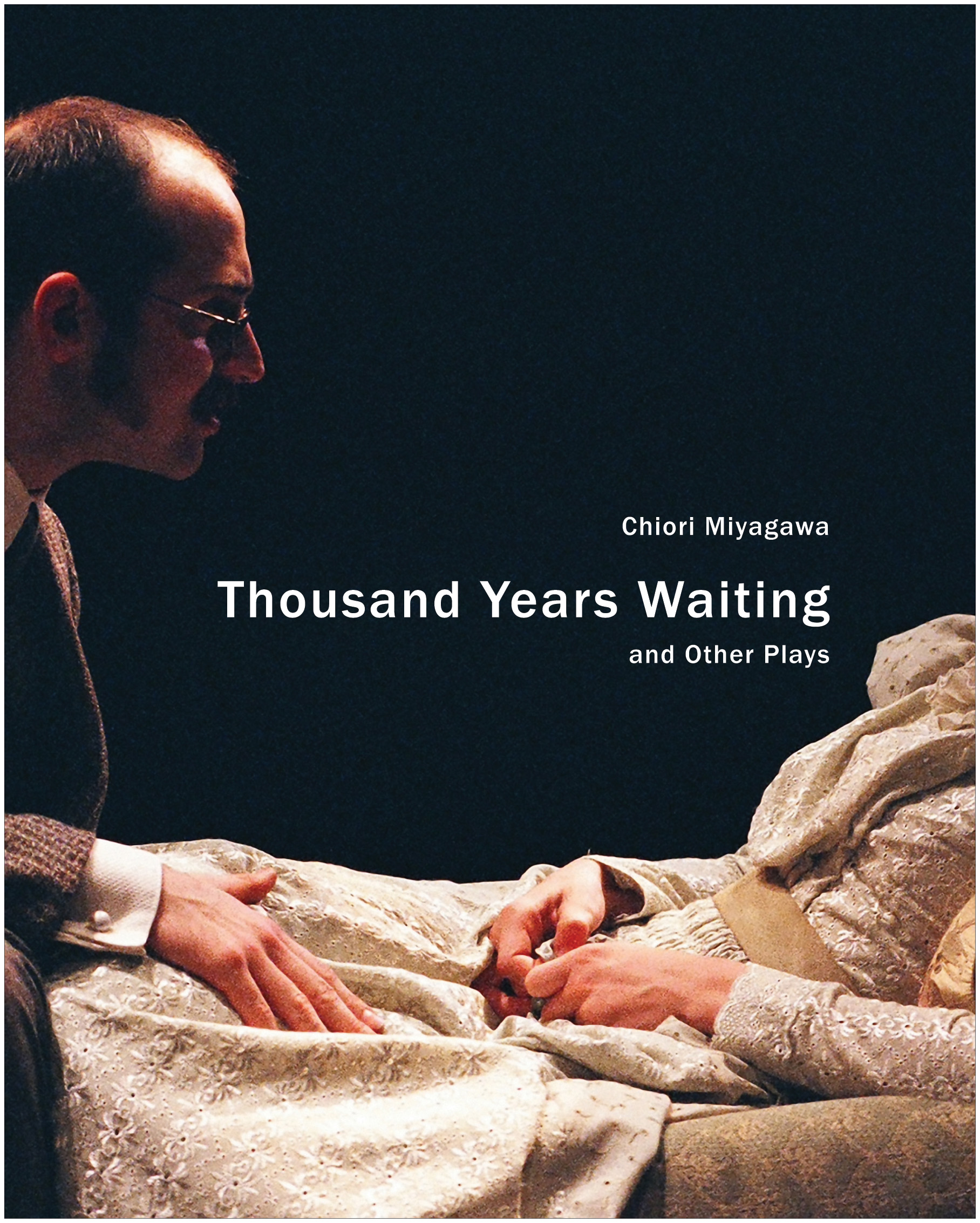 and Other Plays
Translated by
₹625.00 $25 £17.99
The seven plays that comprise Chiori Miyagawa’s Thousand Years Waiting and Other Plays explore themes of memory and identity. Her plays combine poetic language with harsh reality, and time and space are fluid in the worlds she creates—they converge and separate while the characters inhabit many dimensions at once with ease. In one way or another, the heroes and heroines of these plays are outsiders—emotionally (as in Awakening), physically (as in Comet Hunter) or socially (as in Broken Morning), and the line that separates life and death is thin. In the title play, a woman in New York City begins to live in the world of a thousand-year-old Japanese memoir that she is reading. The characters in Leaving Eden enter, exit, and re-enter Anton Chekhov’s Russia from 1887 to 1904, only to end up at a wedding reception in 2005 in New York where Chekhov appears and takes a seat at a table. Inspired by the 1899 Kate Chopin novella of the same name, Awakening follows Edna in her journey toward death, through fragmented childhood memories and visions of freedom. Red Again, begins after Sophocles’s Antigone dies. She lands in Buddhist bardo, contemplating the history of human violence.
‘Chiori Miyagawa adamantly refuses to provide those signposts that more comforting dramatists leave to reassure audiences. The force of her work lies in its jarring historical and cultural discontinuities, its mixture of brutality and beauty, its disorienting verbal and visual impact.’—Martin Harries, New York University
ISBN: 9780857420206
Size: 6" x 7.5"
Rights: UCP
Pages: 354; 50 halftones
Format: Paperback
Publication Year: June 2012
Shipping: Shipping rates will be calculated at checkout and will depend on your location.