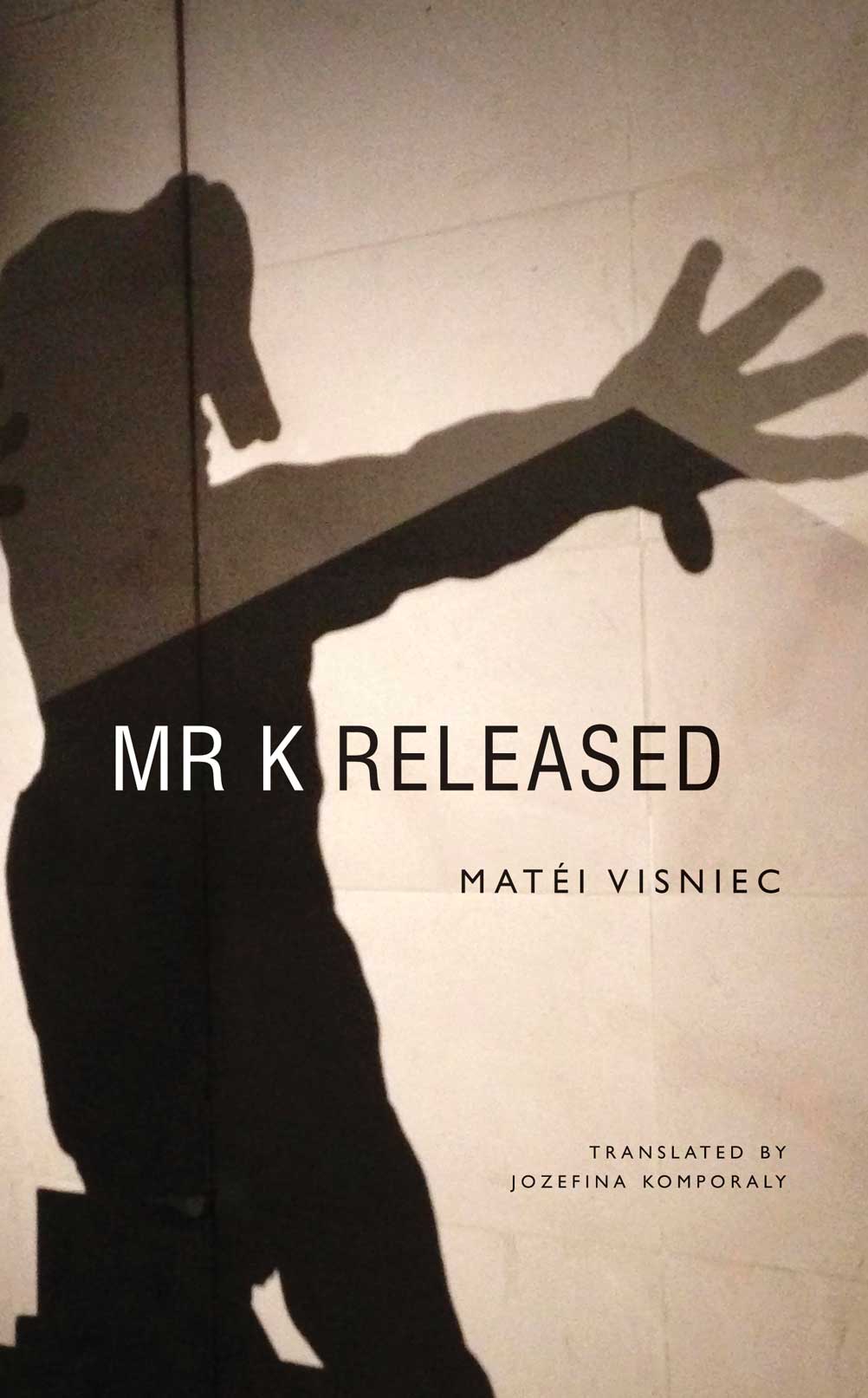 Runner-up at the EBRD Literature Prize 2021!

Mirroring Romania’s drastic transition from totalitarianism to Western-style freedom in the late 1980s, Mr K Released captures the disturbingly surreal feeling that many newly liberated prisoners face when they leave captivity. Employing his trademark playful absurdity, Matéi Visniec introduces us to Mr K, a Kafkaesque figure who has been imprisoned for years for an undisclosed crime in a penitentiary with mysterious tunnels.

One day, Mr K finds himself unexpectedly released. Unable to comprehend his sudden liberation, he becomes traumatized by the realities of freedom—more so than the familiar trauma of captivity or imprisonment. In the hope of obtaining some clarification, Mr K keeps waiting for an appointment with the prison governor, however, their meeting is constantly being delayed. During this endless process of waiting, Mr K gets caught up in a clinical exploration of his physical surroundings. He does not have the courage or indeed inclination to leave, but can move unrestricted within the prison compound, charting endless series of absurd circles in which readers might paradoxically recognize themselves.

Read an interview with the translator Jozefina Komporaly for Reading in Translation here.

‘Both amusing and alienating, the variation on a theme that is Mr. K Released naturally raises questions for the contemporary reader in an increasingly troubled world, where the illusory nature of human liberty increasingly shows itself not to be a thing of the past.’—World Literature Today. Read the full review here.

‘The prison’s underground world complicates ideals of democracy and self-determination and stands in uneasy contrast to a prison environment that should be authoritarian but is oddly lax and porous. Mr. K Released is an engrossing novel of ideas that is entertaining and challenging in its strangeness.’—Rebecca Hussey, Foreword

‘Part parable of human fallibility, part allegorical critique of political systems at which we fail and which fail us . . . Despite its dark tones, Mr. K Released does not overbrew in fatalism . . . Its pessimism has its own brand of optimism. Visniec reminds us how susceptible we are to precipitous dégringolades, mostly of our own making, but only so we keep asking questions at every historical turn, before we get too infatuated with one system or -ism or another, or with the notion of freedom itself.’—Mihaela Moscaliuc, Reading in Translation

‘Mr. K reclaims his initial center-stage status in the novel’s closing chapters, and his storyline concludes with an apt, if predictable, reveal. Yet Visniec purposefully leaves several subplots unresolved. Perhaps this decision acts as the author’s final commentary on Romania’s shift to democracy. Despite three decades of freedom, unknowns remain. Answers to big questions are impossible to predict, but in Mr. K Released, Matéi Visniec valiantly dissects the possibilities, producing an entertaining, layered novel that succeeds more often than it fails.’—Benjamin Woodward, Words Without Borders

’Purposely cloaking himself in Kafka’s mantle, Matéi Visniec has written a deliciously surreal fable exploring the step-by-step obverse of his novel The Trial. . . . Much of the cumulative power and unsettling entertainment of Visniec’s narrative lies in his sly enacting, episode after episode, of his everyman protagonist’s fearful reluctance to embrace freedom, and his parallel underlining of the psychological obstacles by which we, his readers, also trap ourselves.’—Julian Evans, judge, EBRD Literature Prize 2021

’A timely and clever parable of democracy, this book allows you to see freedom in a new, blinding light. Matei Vişniec is a rare example of a playwright able to reinvent himself as a novelist. To turn a great work of literature, The Trial by Franz Kafka, inside out is a great idea in itself; here it is also brilliantly executed. The book, translated by Jozefina Komporaly, reminds us that while the word “Kafkaesque” may have been worn thin with use, it still applies to our world in more ways than we are willing to acknowledge.’—Anna Aslanyan, judge, EBRD Literature Prize 2021