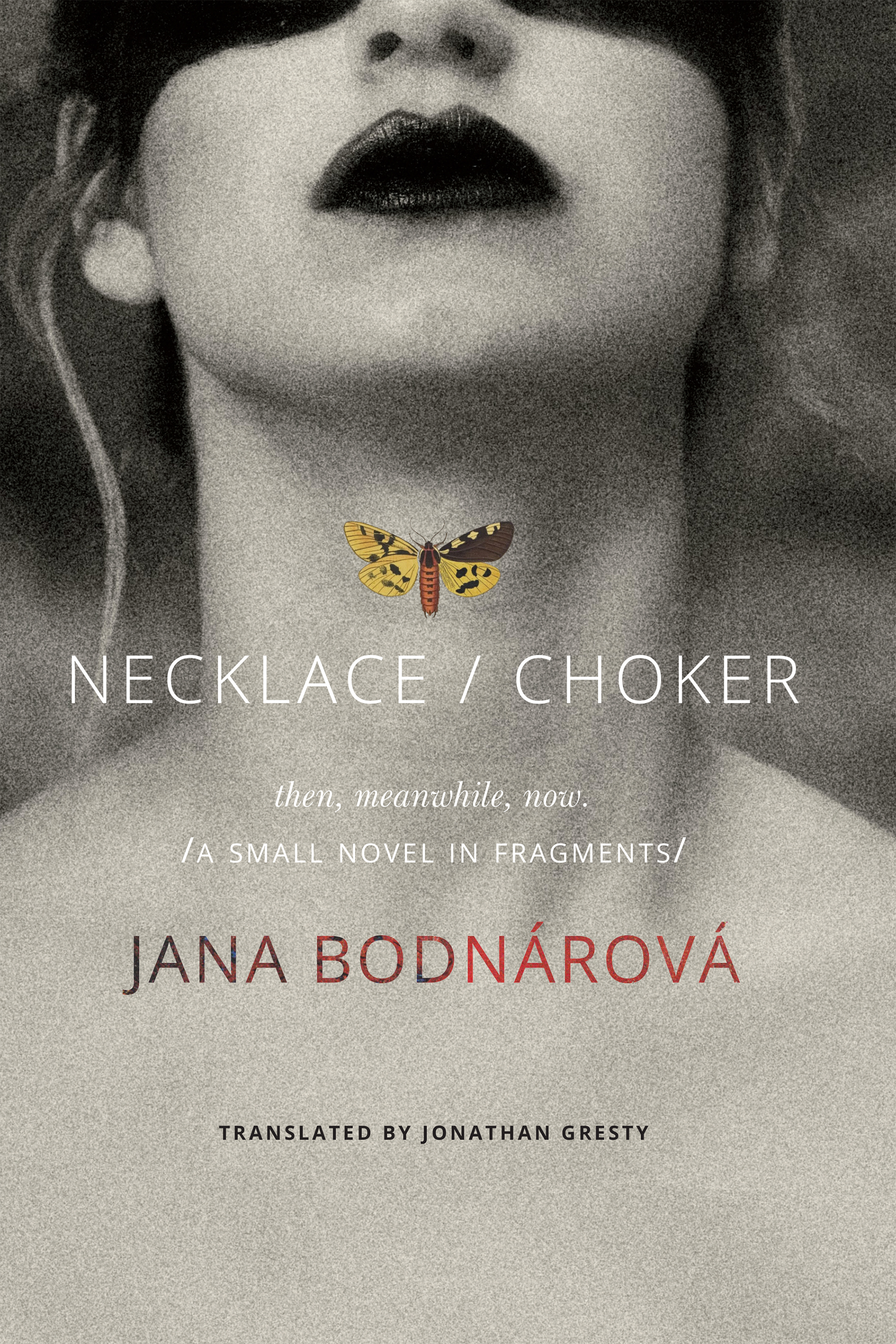 In this highly acclaimed novel, Jana Bodnárová offers an engrossing portrayal of a small Slovak town and its inhabitants in the north of the country against the backdrop of the tumultuous history of the twentieth century. As Sara, the protagonist of Necklace/Choker, returns to her native town after many years in exile to sell the old family house and garden, she begins to piece together her family’s history from snippets and fragments of her own memory and the diaries of her artist father, Imro. A talented painter, he survived the Holocaust only to be crushed by the constraints imposed on his art by Stalinist censorship, and Sara herself was later driven into exile after dreams of socialism with a human face were shattered by the Soviet-led invasion of Czechoslovakia in 1968.

Through their stories, and that of Sara’s friend, Iboja, the daughter of a hotelier, readers will be immersed in key moments of Slovak history and their bearing on the people in this less familiar part of Central Europe.

‘What makes this novel so fascinating, apart, obviously, from the story, is Bodnárová’s poetical, nostalgic view of the past. . . . [S]he does skilfully recall, through the eyes of the protagonists, a lost time which cannot be recreated, try as they will, but which, nevertheless, remains very potent in the eys of Sara and Iboja.’—The Modern Novel. Read the full review here.

Listen to Traffica Europe Radio, where host Joe Williams speaks with Jana Bodnárová about Necklace/Choker. She describes the novel, encompassing Central Eastern European history in the period 1938–2015, and we enjoy excerpts in original and read in English by Sarah Meyer. The two discuss issues of translation and cultural context, and they consider how the literary scene has developed in Slovakia in recent decades.

Praise for the Slovak original:
‘By creating a complex composition of fragments depicting various periods in the stories of two friends, Sára and Iboja, and their loved ones, and by blending several stories and gradually revealing their secrets in a sophisticated way, the author paints an almost seamless fresco of a town grappling with the demands and cruelties of its epoch while trying to cling to their dignity.’—Robert Kotian

‘Snippets and fragments create a mosaic that is Bodnárová’s trademark visual and narrative device, deployed in this novel to great effect. Memories, experiences, observations and internal monologues are used to create a world—both of the presentday, from which a great many things and people are missing, and of the bygone era, inhabited by people who are no longer with us and their often tragic stories, buckling under the relentless, merciless and rusting trundle of history. [ . . . ] A richly layered visual perspective reveals oppressive events from the past, generating a tension between the memory of an era and the era itself, which shattered the lives of people who proved unable to bear its weight and sometimes chose to jump off the train hurtling mindlessly ahead.’—Jana Juráňová

‘Small towns can also harbour a dark history and dark secrets, only they are hidden more deeply. A small town may also serve as a model of a small country that finds it almost impossible to come to terms with its history because, alongside the victims, its inhabitants also include the executioners, with the descendants of the victims, as well as those of the executioners, living in close proximity and interconnected with one another.’—Ján Púček

‘Jana Bodnárová unfolds a parallel between the past and the present and between freedom and prison, in order to throw light on the mystical aura of the present. [ . . . ] What makes this novel particularly compelling is that the history it depicts has left its mark on each and every one of us and formed the roots of the country we live in. We can neither rip them out nor bury them. It is only by acknowledging them that we might be able to accept the judgment we must carry around our necks. The necklace and the choker.’—Diana Mašlejová