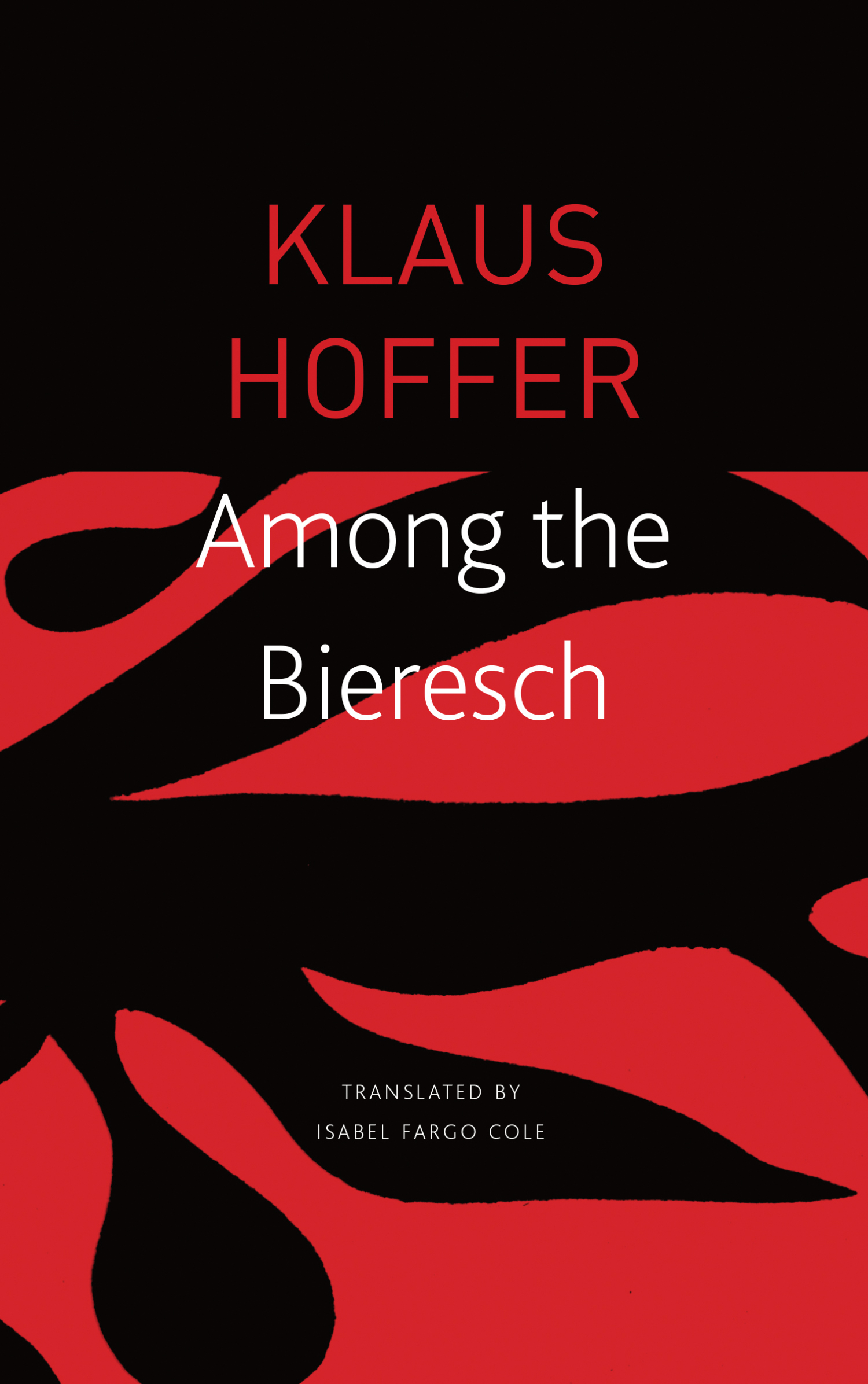 Young Hans arrives with one suitcase in a squalid village on the eastern edge of empire—a surreal postwar Austria. His uncle has died, and according to the tradition required by his people—the Bieresch—Hans must assume his uncle’s place for one year. In a series of interactions with the village’s tragicomic characters and their contradictory stories and scriptures, the reluctant Hans must face a world both familiar and alien.

Among the Bieresch is Hans’ story—one of bizarre customs, tangled relationships, and the struggle between two mystical sects. The novel is a German cult favourite and a masterwork of culture-shock fiction that revels in exploring oppressive cultural baggage and assimilation. Readers will encounter here an amalgam drawing from Kafka, Borges and Beckett, among others, combining to make Klaus Hoffer’s novel a world utterly its own.

‘Hans . . . finds himself in a spatial and temporal labyrinth. Yet—and this makes the story so worth reading—it is not a narrow, fatalistic prison, but an airy, world-spanning, even light-hearted fun-fair of humanity’s most profound and foolish notions.’—Peter Handke, Der Spiegel

‘Among the Bieresch offers a dynamic reading experience, akin to following mazes within mazes, navigating layers of disorientation and unveiling mirrors that reflect back on one another. . . . And, like the works of Kafka, Borges, Beckett and many of the other writers who have loaned their words and inspiration, this is a novel that can be read and re-read with each visit opening new vistas, hinting at new meanings, and fostering new perspectives as one explores the bizarre world of the Bieresch.’—Joseph Schreiber, 3:AM Magazine