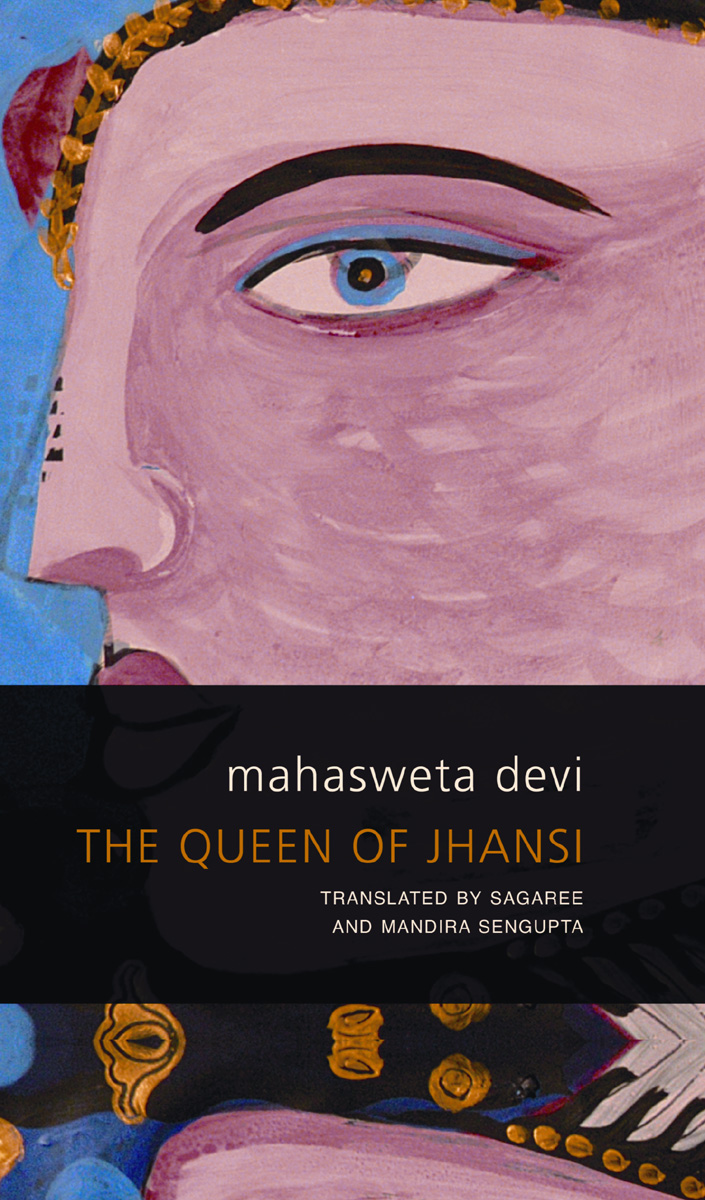 Lakshmibai, the Queen of Jhansi, a legendary Indian heroine, led her troops against the British in the uprising of 1857, which is now widely described as the first Indian War of Independence. The image of the young warrior queen who died on the battlefield but not in the minds of her people captured the imagination of novelist Mahasweta Devi, who undertook extensive research that encompassed family reminiscence, oral literature, local histories, and more traditional sources. From these she wove a very personal history of a heroine—an unusual woman, widowed at an early age, who grew from a free-spirited child into an independent young leader.

Devi’s resulting work traces the history of the growing resistance to the British, while building a detailed picture of Lakshmibai as a complex, spirited, full-blooded woman who wears her long tresses unbound at the same time as she prefers a male attire on horseback; who is a cool-headed and far-sighted leader of men, full of warm concern for her soldiers; as well as a mother who worries about her infant son’s well-being. Simultaneously a history, a biography, and an imaginative work of fiction, this book is a valuable contribution to the reclamation of history and historiography by feminist writers.

"There are many histories of the Indian rebellion written by white men about the white men involved; we need writers like Mahasweta Devi to tell us about the same history from the other perspectives." - Belletrista
ISBN: 9780857426857
Rights: UCP
Pages: 122
Size: 5" x 8"
Publication Year: July 2019
Format: Paperback
Shipping: Shipping rates will be calculated at checkout and will depend on your location.